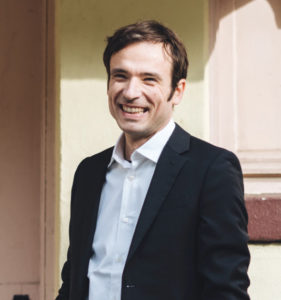 Niclas Bahn does Business Development and Developer Relations at FxFactory. We sat down with him to talk about the state of visual effects, how it’s changing, and what’s new for FX Factory. It turns out, FXFactory created the first app store, long before Apple’s iTunes store took over the world. And they’ve been blazing a trail ever since.

1Q: Give us some backstory. What did you do before you started FXFactory??

After university, I worked at a startup and a large auditor. Then in 2004 FxFactory was launched!

2Q. What was the inspiration behind creating FXFactory? Did it address a specific need?

The idea behind FxFactory was to create a software marketplace for the post production industry. We ended up creating an app store, which now seems like an intuitive way of doing business. We however started this business model before the iOS app store was created, which brought this practice to the mainstream. 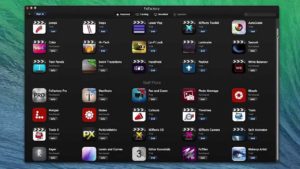 3Q: What other solutions does FXFactory offer?

4Q. FXFactory sounds like it has some sophisticated features. Is this an app for professionals only?

We don’t just cater to professionals. We do have a lot of prosumers and people who just work with video for fun. That being said, the vast majority of users either already earn their living making video or are getting there.

5Q. Who is the typical customer for FXFactory?

Anybody who works with video. Our customers are users of Final Cut Pro, Motion, Premiere Pro, After Effects etc. 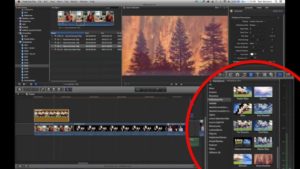 6Q. Can you explain the post workflow with FXFactory? Is there a steep learning curve?

FxFactory itself is very easy to use if you’ve used any other app store. The user can browse our website or the FxFactory app for plugins they may need for their project.

The user can then take advantage of the fact that they can download, install and test all products in trial mode free of charge before making a purchase. During trial mode all products are fully functional indefinitely, but render a small watermark.  If a user is satisfied with how a product works they can go ahead and purchase the product to remove the watermark.

7Q: Which is your most popular plug-in and why?

We have a list of Staff Picks here:
https://fxfactory.com/staffpick/

This list represents some of our most popular products. They appeal to a very large percentage of our userbase because they solve problems people have in their proejects or create a look that people desire.

8Q Which plug-ins do you think are the best kept secret?

I’d say Nodes is the best kept secret of some of the most talented After Effects artists:
https://fxfactory.com/info/nodes2/

It’s an incredible plugin that’s been used in many Hollywood blockbusters:

9Q: What’s the most interesting or complex project a customer has completed using FXFactory?

We have a bunch of user stories on our blog for inspiration:
https://fxfactory.com/blog/user-stories/

Our products are used for every type of video project available. Be it travel videos, youtube skate videos, corporate videos…broadcast videos, all the way to Hollywood movies. There is no single project that comes to mind, we’re excited about all types of art that our customers create.

10Q: And how did your tools enable them to do things they might night have been able to do?

Many of our products are unique, making it difficult to replicate their exact look/feel using other tools.

11Q: What trends do you think are driving development of visual effects software, where’s it going?

Projects are getting ever more sophisticated. At this point lots of really interesting effects heavy work is done for youtube or social media rather than broadcast and feature films. There are more people working with video than ever before and they are using more sophisticated plugins!

Effects that once cost many thousands of dollars are now available for a fraction of the cost.

12Q. Tell us about your most recent announcements and how they’re affecting the post production workflow?

We now average about 1 or 2 new products a week. The rapidly expanding portfolio delivers more and more diverse products that provide solutions for various workflows.

13Q: As processors get more powerful, is there an opportunity you see for visual effects in mobile filmmaking, adding them from a handheld device?

Sure, we see some very sophisticated real time visual effects in Snap Chat and the like, but this is not an industry we are focused on.

14Q: Last summer, there was a big story about how Warner Brothers had to spend millions on removing out Henry Cavill’s moustache for Superman in the Justice League. Then a fan used special effects software to do it for nothing. Do you think that consumer grade visual effects software is not only democratizing the artform, but also disrupting it?

15Q: Artificial Intelligence was a big buzzword at NAB 2018 – where do you see the opportunities for AI in post production?

AI is going to change everything in ways that is very hard for me to imagine. AI will ultimately make the statement “Do it in post!” realistic for everything.

16Q: What do you think of Virtual Reality? Where is it going?

It’s a very interesting field, but it’s not yet clear where/how this technology will go mainstream.

17Q: What other trends are you watching closely?

Not necessarily about post production specifically but I’m closely watching how Netflix/Amazon/Apple/Google and MoviePass are disrupting how content is produced / consumed.

18Q: What’s over the horizon for FxFactory?

More developers, more products, more customers! We hope to be on every Mac that is used to make videos.

19Q. Now for the religious question. IBM or MAC?

All our products are Mac only.

I take all my pictures with an iPhone X. Have you seen the portrait mode? Wow!

By James DeRuvo (doddleNEWS) Three years after waging one of the most successful crowdfunding campaigns on Kickstarter, and one year after getting a boost by Facebook buying them, Oculus unveiled the final design for their […]