Year in review has brought some great projects

Hitting up friends, family and associates to make a move has been going on since Georges Méliès got ripped off by Thomas Edison. And where would the industry be without the dentist looking to shelter some of his income in a juicy film investment that lets him add the title “producer” to his resume?

But harnessing the power of the Internet has enabled every day people, no matter how much money they have, to get involved in the process just by becoming an backer through portals like Kickstarter, Indiegogo, and the new crowdfunding/wedding registry… Seed and Spark.

So, whether you’re a Kickstarter, an Indie, or love getting Sparkly, crowdfunding sites have launched some really cool projects in 2013.  Some made the grade, some didn’t.  But all of them offered us with the opportunity to get involved in projects that ranged from films to apps to serious filmmaking gear.  Here’s a list of some of our favorite crowdfunding campaigns this year and where they’re currently at …

1. Luxi Light Meter.  Luxi’s idea was a simple one.  Why bring along a light meter in your bag when you have a smartphone.  I mean, is there nothing an iPhone can’t do?  It’s the swiss army knife of … well, everything! Especially filmmaking.  Luxi fits over the iPhone’s camera and with its white dome, can read incident light and then use it to determine the proper shutter speed and aperture setting through any lightmeter app.   How is it going?  Well, Luxi raised 12 times it’s stated goal of $10,000 and is currently in production, with all Kickstarter Luxi’s shipped last August.  And last month, they released their own Luxi lightmeter app.  The Price is $29.95 and you can get it from ExtraSensoryDevices.com.

2.  Veronica Mars.  Who hasn’t heard about the Veronica Mars campaign and how Kristin Bell and Rob Thomas created one of the funniest Kickstarter pitch videos that propelled them to raising nearly $6 million dollars for a feature film based on the popular 90s television hit series?  With their funding secured, Veronica Mars was greenlit and will open the 2014 PaleyFestival with a cast reunion before the film’s release.

Veronica Mars also represented a seed change in crowdfunding that has caused veteran celebrities and filmmakers to turn to fans in order to raise money for their films.  It also showed that they can convince a major studio to blow the dust off of those projects in order to breathe new life into them.  Some, like Mars, have been met with open arms, and some have created controversy.  But it’s now become yet another avenue to push for your vision and leverage the fanbase that you may already have.

3. Digital Bolex.  After a long development journey of nearly 2 years, Team Bolex finally shipped their Digital Bolex D16 and began taking pre-orders on the next batch of 500 cameras, once they fulfill and ship the original order of 100 to their Kickstarter backers.  As one of the original Kickstarter campaigns, the Digital Bolex raised over 2 1/2 times their $100,000 goal.  But numerous design changes caused one delay after another, prompting us to put it on our worst stories of 2012 list.  I actually called it vaporware and even an interview with Joel Rubinstein and Elle Schneider on doddleTALKS Tech didn’t change my mind.  What did change my mind was the footage when it finally came out.  It was stunning.  And now that they’re in production, it looks to be a winner.

4.  The Anamorphic Adapter for iPhone.  This is one I’m really looking forward to.  It creates a kind of cinema scope like image from your iPhone.  That’s the promise, at least of the Anamorphic Adapter for iPhone.  Fitting over your iPhone much like an OlloClip, the AAiP is nearing the end of it’s Kickstarter campaign and has already nearly doubled it’s pledged goal of $30,000.  The adapter offs a 1.33x anamorphic image that optically squeezes the image to get 1/3 more of the scene into the image and then it can be stretched back out in post.  Estimated delivery is in the Spring of 2014.  No word on what it will sell for, but you can bet it’ll be a hell of a lot cheaper than an real anamorphic lens. 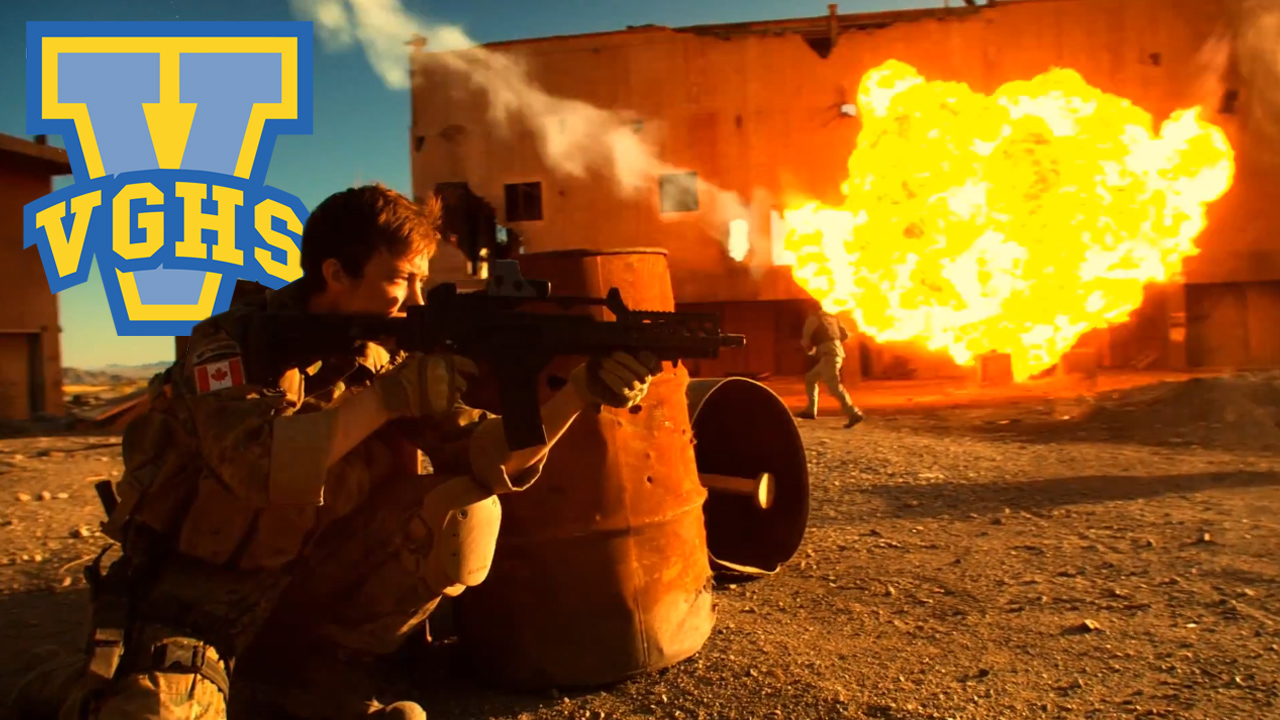 5.  VGHS: Season 2.  VGHS is a web series from YouTube Phenoms Freddie Wong and Brandon Latsch.  The series, which tells the story of a fictional high school where students spend all their time studying to become professional video gamers, has been a consistent success story, not because it has created a professional grade sitcom online at RocketJump.com, but because the filmmakers have committed to report back to their backers on how much money they made and where they spent it.

And in it, they were frank that the lessons they learned from their campaigns have taught them how to focus them more and take into account refused credit cards charges into their overall expectations of how much they’ll raise.  And even then, they managed to raise nearly a million dollars.  And you can watch both seasons either at Rocketjump.com or on Freddie’s YouTube channel.

5.  The Wiggly.  With the Freefly MoVi having changed the way we think about getting that mobile shot, suddenly everyone has a competiting design.  And the Wiggly is a  slick design that brings the functionality of the MoVi to the iPhone, GoPro, or other mobile filmmaking device.  It has a modular 3 axis design which enables shooters to use one hand, two hands, or attach it to a quadcopter.  It’s really cool.  Sadly, the Wiggly isn’t doing too well, only raising about 20% of it’s stated goal with just eleven days to go.  It’s too bad too, because it’s a great design that’s really mature in it’s development and could be a great device for mobile filmmakers.  Hopefully it’ll make it’s goal, but if it doesn’t, I wouldn’t count out the creator Ivan Stamatovski.  He’ll figure out how to bring it to market.  At least I hope so.

Honorable Mention:  The Bublcam.  I like this one because I’ve already seen it being portrayed in one of my son’s favorite Star Wars cartoons.  The Bublcam is basically a ball that has 4 190º cameras built into them, so it can take a 360º image when you throw it up in the air.  You can also do video.  It makes it great for not only just cool images, but also for professionals like real estate agents looking to sell a house through telepresence.   How did it do?  Well, it raised nearly $350,000, well over it’s goal, so that means it’s happening.

And preorders are now being taken, although I think $579 is a tad pricey.  For $150 I’d get far more mileage out of the Motrr Galilleo, which can take similar images from a more sedentary position.  It made seven times it’s state Kickstarter goal in 2012 and is now shipping. And they’re currently offering discounts for the holidays of up to 30% off.  And it’s also one I know a lot about.  I have TWO of them!  You can order the Galileo at motrr.com/store.

Crowdfunding may have changed the way we look at film finance, but that doesn’t mean it’s made for better stories since the locations are always the same. Seed & Spark wants to change all that. […]