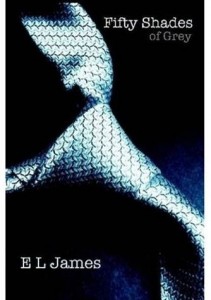 LOS ANGELES, March 26 (TheWrap.com) – E.L. James, the author of “50 Shades of Grey,” is opening up about why she went with Universal Pictures and Focus Features to adapt her trilogy of best-sellers to the big screen.

And while the $5 million she reportedly received for the deal certainly didn’t hurt, James tells EW.com that she did it for the laughs — specifically, those elicited by Focus president of production Jeb Brody.

“I really like clever men who challenge you,” James told the website, “and with Jeb, I thought, yeah, I can work with that!”

Plus, James added, Focus Features — responsible for such releases as “Lost in Translation” and “The Pianist” — has “a great background in handling difficult material.”

The book, which made the New York Times best-seller list, revolves around a female college student who finds herself in a kinky relationship involving sadomasochism and submission with 27-year-old billionaire Christian Grey. The book’s two sequels, “Fifty Shades Darker” and “50 Shades Freed,” probe into the couple’s deepening relationship.

A few laughs and a good reputation aren’t the only things that convinced James to ink a deal with Universal and Focus: The authoress also told EW.com that she was granted the approvals she requested, which included script and casting approvals.

“This makes me sound like a control freak, doesn’t it?” James asked EW.com.

Perhaps not as much as her protagonist, but yeah, maybe a little