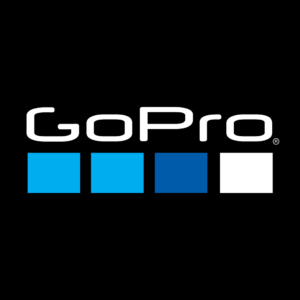 Thursday’s GoPro event was about capturing “The Moment,” according to GoPro, and it was quite the moment indeed. I was invited up to San Francisco for a few days to participate in GoPro’s fall product launch event, which not only gave us a new camera, but also improvements to the Karma Drone and to the as yet to be released Fusion 360 camera. And while last year may have been a tough one for Nick Woodman and company, this year, the future is indeed bright.

First, this is the QuikStory of what I did last Thursday:

That was a ride on the Rocket Boat out of Pier 39 and was just an inkling of the fun we had all day at the GoPro Moment Event. All done with the new GoPro HERO6 and the GoPro Quik app on my iPhone 6S. It has to be the simplest way to capture “the moment” that GoPro was talking about and then putting it together to share to the world right on the spot. Honestly, I had my doubts when GoPro announced they had bought Quik back in 2015, but using it on this press gaggle changed my mind.

The event started with breakfast at the San Francisco Institute of Science, a lovely museum with a great planetarium, and that would be the site of the GoPro announcement. Inside the Morris Planetarium, GoPro’s Nick Woodman gave us a preview of what’s coming this Fall and in 2018 from GoPro.  It was quite the impressive presentation. You can check it out here:

First out the box was Fusion, GoPro’s new 360° camera, which, overtime has evolved quite spectacularly since it’s announcement last Spring.  The Fusion is no longer just a 360° camera, it can do far more than that. When you work in post with the upcoming Fusion Studio software, and in 2018 with plugins for Adobe Premiere, users will be able to capture in 5.7K everything they do in the round, and then, thanks to OverCapture not only punch out the camera angle they want for conventional 2D video clip, but they’ll also be able to pan through the 360° spectrum to create virtual camera movement within the scene.

OverCapture is a game changer, and it has evolved since it was announced back in June. I had that notion when GoPro first announced it, but after having baked in the BETA oven for a few extra months, it’s really emerged as the central heartbeat of the GoPro Fusion. Through OverCapture,  photographers will be able to recreate dramatic and interesting videos capturing everything around them with a single camera, then recapturing from within the video the very scenes you want in your conventional video.  OverCapture does this by following the course laid out by the cameraman within the playback of the video and then using Fusion’s Panaflow feature to pan within the image and create a regular 2d video. It’s downright impressive.

And through Fusion’s new “Angel View” mode, you won’t even see the camera in the shot. Angel View takes advantage of a razor thin blind spot in the 360° shot that the camera itself can hide in. It’s wide enough to cloak the camera, but not enough to be obvious that there’s something being hidden. It’s as if the camera is being held by an angel. It sounds overly poetic, but it really is going to change the way we view 360. It did me.

After we got a look at Fusion, which will ship in November for $799, it was time to get an update on GoPro’s drone, KARMA.  After a tough start, KARMA has emerged as a solid UAV from GoPro. But it has suffered from not having as many smart features as the competition. To that end, GoPro has introduced a firmware update that will give the KARMA several new functions including a Follow Me feature, which enables KARMA to follow the controller wherever it goes.

In addition there’s an expanded cable cam mode that can program up to 10 way points for following a set course over and over again while filming, and a look up camera tilt function that allows KARMA to film what’s above it without seeing the drone’s propellers. Through this update, KARMA essentially becomes a brand new drone, and the free update is available right now for all KARMA users.

Then came HERO6.  This is hands down GoPro’s most advanced and powerful Hero yet. Sporting a new GP1 image processor that GoPro has designed from the ground up, the HERO6 can shoot 4K video at 60 fps and up to 240 fps in 1080p for crisp slow motion video. GoPro has also added digital zoom, a first in the HERO line and also has Karma grade image stabilization, so your motion based video clips are rock steady no matter where you are. There’s also RAW and HDR video modes for rich color gamut, and color correction. GoPro has also improved the dynamic range of the HERO6, especially in still mode.

When you couple the HERO6 with GoPro Quik, you can capture the moment and share it with the world right there on the spot. It’s shamefully easy to use, all you do is select your clips and still images, add a template of your choice and Quik does all the rest.

Afterwards we went on our adventure, riding fun school bus through the streets of San Francisco, taking a  Jet boat around the San Francisco Bay, and then going to a special graffiti art center to learn how to create spray paint based art work, and to test the HERO6’s new HDR mode. The colors are bold and marvelous.

The day ended with a Q&A with GoPro’s Nick Woodman, who stated unequivocally that while there was no HERO6 Session for this fall, that GoPro loves the images that the Session can capture through its small form factor. Woodman assured the crowd that there’s more to come from Session. Woodman also hinted that GoPro may be working on a newer, smaller Karma 2 Drone, and that led me to wonder if Session would be at the heart of it. That’s just speculation on my part, mind you, but it would make sense for a smaller drone. I guess only time will tell.

All in all, it was quite the adventure, and GoPro is bound to have a great fall sales season based on their new simplified product line with some great, innovative upgrades. I can’t wait to get my hands on the Fusion in November, but in the meantime, I’m sure I’ll be shooting my HERO6 non stop.

By James DeRuvo (doddleNEWS) When you consider the surf city origins of CEO Nick Woodman’s GoPro, it isn’t really all that surprising that the current wave the company has been surfing is playing itself out. […]

GoPro: After Cost Cutting and New Products, Things Are Looking Up

By James DeRuvo (doddleNEWS) After making a series of cost cutting measures including laying off staff and simplifying their product line, GoPro is finally seeing a return to profitability. With a first quarter earnings call, […]

Is There a Canon Partnership with GoPro?

In what could be the best rumor I’ve heard all year, there is talk by all the usual suspects that Canon and GoPro are entering into a technology partnership that could be mutually beneficial to […]