Back in 2014, Keanu Reeve made a small action film called John Wick. I wasn’t expecting much from it, but was surprised at how much damn fun the film was. Unlike all of the other old retired bad-ass films like The Equalizer and the Taken trilogy, John Wick was perfectly balanced between the ridiculous and the hard-core. Unlike the characters in those other two examples, Wick also gets beat up quite a bit, just like the character from my all time favorite action movie (and  the best Christmas movie) Die Hard.

The surprise success of that film meant that a sequel would be coming as fast as they could make it. A teaser trailer for John Wick: Chapter 2 was released back in October, but Lionsgate has just unleashed a second trailer. You can check that out below:

The studio has also released a new poster for the film: 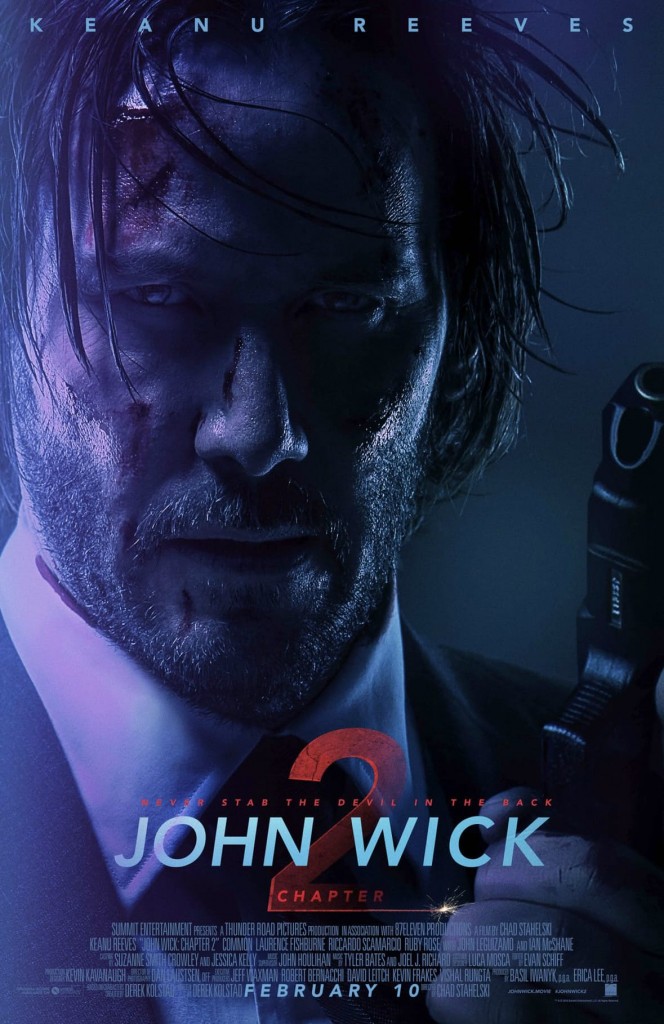 The original film was directed by stunt experts and second unit directors David Leitch and Chad Stahelski, who delivered an amazingly crafted B-movie action film. Gone were the Hollywood standard action filmmaking of close-ups and quick cuts. In their place, Leitch and Stahelski went with a far more Hong Kong flavor, which was delivered flawlessly by Reeves.

John Wick: Chapter 2 retains Stahelski as a solo director this time around while David Leitch has now been attached to Deadpool 2. Even so, everything about this trailer tells me that Stahelski is capable of delivering even better fight choreography and over the top style on his own.

It is telling that a film which came out of nowhere, flew under the radar, and held no interest for me, was able to build enough hype that I cannot wait for the sequel to hit the big screen. Some movies were just crafted to be as much fun as possible, and it certainly looks like John Wick: Chapter 2 is poised to deliver.

John Wick: Chapter 2 will premiere in theaters on February 10, 2017. Here is the official synopsis for the film:

Keanu Reeves returns in the sequel to the 2014 hit as legendary hitman John Wick who is forced to back out of retirement by a former associate plotting to seize control of a shadowy international assassins’ guild. Bound by a blood oath to help him, John travels to Rome where he squares off against some of the world’s deadliest killers.