It’s finally here! Lucasfilm and Disney premiered the brand new trailer for Star Wars: The Last Jedi at Star Wars Celebration and have just put it online for the whole world to see. So why are you reading this instead? Go watch the trailer embedded right below!

A new poster has been revealed and it’s epic! 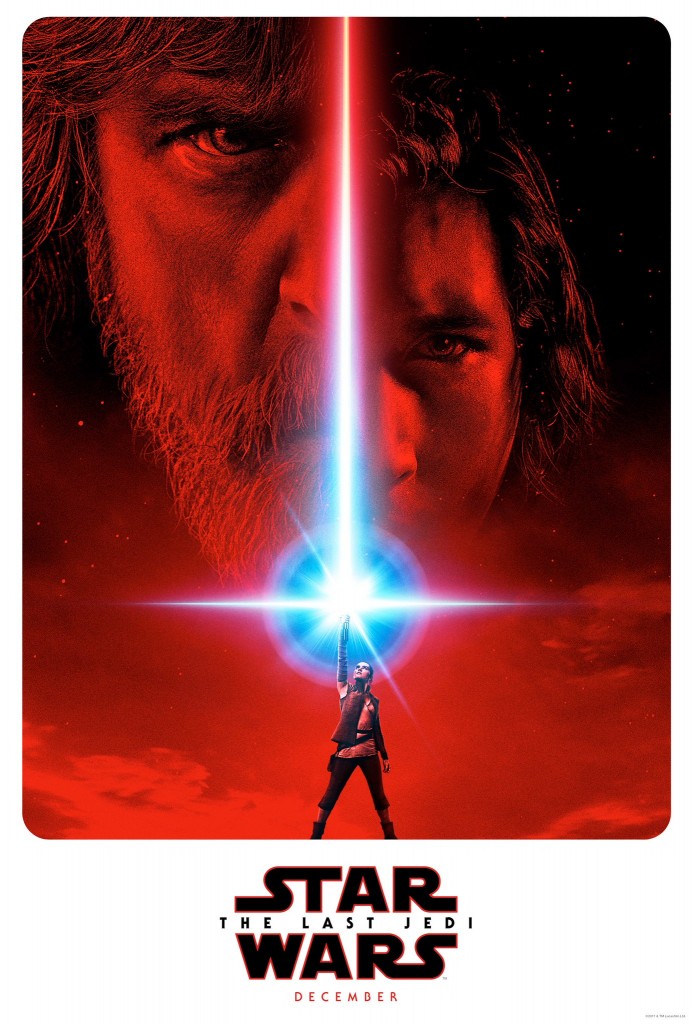 I really don’t know how they do it but I’ve watched this trailer multiple times and each time I get goose bumps. There’s something about watching a teaser trailer that I love when its done right. It gives you just enough clips and images to ask even more questions than you had before.

Keeping with tradition, it looks like all the characters in this film will be separated from each other. Poe Dameron is with General Leia and the Resistance fleet while Rey is training with Luke Skywalker on Ahch-to. The brief glimpse we had of Finn had him recovering from the injuries he had in The Force Awakens but I suspect that he’ll be off doing something else and all three will reunite for the final act of The Last Jedi.

The big question is what does Luke Skywalker mean when he says “I only know one truth: it’s time for the Jedi to end.” So much is packed into that one line because it could mean a lot of different things. It could simply be that he doesn’t want to train anymore Jedi and somehow Rey convinces him but considering the title of this film, I doubt that’s the case.

My guess is that the balance of the force is a huge plot point in this movie. While that prophecy wasn’t something that was part of the original trilogy, it was retconned in from the prequels. I can’t help but wonder how much of that will play a role in this movie which got me thinking: what if the balance of the force requires the Jedi to end? What if Anakin Skywalker fulfilled the prophecy by becoming Darth Vader and wiping out the Jedi?

How that figures into Skywalker’s line is pretty simple: he wants Rey to become more than a Jedi. If I’m right about this then The Last Jedi may just be a bit like Children of Dune where Leto Atriedes surpasses the abilities of his father.

Doddle Digest: Everything is Cancelled

By Danny F. Santos (doddleNEWS) Tons of TV shows received the axe in the past week. Most of them are shows that I watched and enjoyed so it’s a pretty dark time. But there is […]