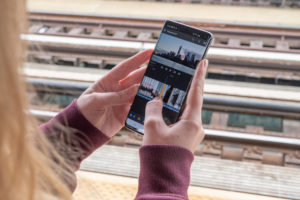 With Android the dominant smart phone platform around the world, it’s been ironic that the creative mobile filmmaking community has been slow to adopt it as a content creation tool.  And while there are some apps, like FiLMiC Pro and RED Camera Tools, that are wading into the Android pool, all the mobile OS really needs to explode is one major company to support it. Enter Adobe, which has just launched Premiere Rush for Android. And now the mobile filmmaking platform wars are off to the races! 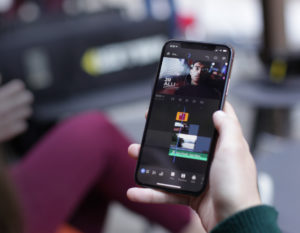 Available now for download from the Google Play Galaxy Store, Adobe’s Premiere Rush is exclusively available for the Samsung Galaxy S10/10+, S9/9+, Note9, Note8, and S10e. Google is also getting into the action with support for the Google Pixel 3/3XL, 2/2XL, and even One Plus users can edit using their OnePlus 6T mobile device. I imagine that Rush will support more devices eventually, but for now, it’s largely limited to these three Smartphone manufacturers.

Adobe Premiere Rush for Android has all the basic Rush functions iPhone users have come to rely on, including a simplified and intuitive editing workflow, basic color correction, and an A.I. powered audio clean up thanks to Adobe Sensei. But There’s also hundreds of customizable motion graphics templates through Adobe Stock for more advanced titling, and publishing to all mobile platforms.

Premiere Rush also syncs all your Android projects to the cloud, for incorporation to the desktop through Adobe Creative Cloud. So you can shoot out in the field, slam together an quick and dirty assembly edit to share with clients and crew, and then clean everything up in your edit bay later on. That’s the beauty of Rush, starting on one device, and finishing on another, before publishing to the outside world. 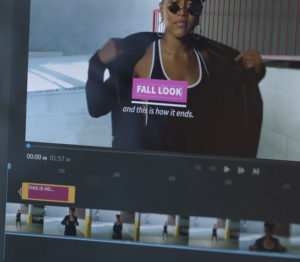 Premiere Rush for Android is available on Android phones via the Google Play Store and Samsung Galaxy Store. Pricing plans and special offers for Android users include:

For more information, and to see if your Android device and desktop operating system, supports Premiere Rush, visit Adobe.com.

When Apple introduced Face ID in the iPhone X last year, I predicted that it was only a matter of time before someone figured out a way to use the data collected by the Face […]

With the latest update to Adobe Creative Cloud, Windows users can finally natively export to Apple ProRes in Adobe Premiere, Media Encoder, and After Effects.  No more third party export utilities required! We are pleased […]

By James DeRuvo In episode 2 of doddleCONVERSATIONS. I sit down with FiLMiC Pro’s Neill Barham to talk about the app’s roots, and it’s impact on mobile filmmaking. Listen here – And don’t forget download […]