If you’ve been holding off updating your operating system to Windows 10, or move up from OSX.12 and above, Adobe is going to force your hand. In the next major of Creative Cloud, Adobe has stated that the post production suite will not support Windows 7, Windows 8 and even some parts of Windows 10, plus any MacOS below 10.12 (Sierra).

As we prepare for our next major release of Creative Cloud, we wanted to share some information on updated operating system requirements. To take advantage of the latest operating system features and technologies, the next major release of Creative Cloud will not support Windows 8.1, Windows 10 v1511 and v1607, and Mac OS 10.11 (El Capitan). – Eric Philpott, Adobe Blog 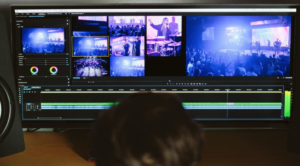 This is really nothing new, as the October 2017 update required use of macOS 10.11 (El Capitan), but it’s the first time Adobe has cut Windows 7,  8.1 and even some older versions of Windows 10 out of the mix.

Simply put, while users will be able to continue to use older, and current versions of Creative Cloud and other Adobe Products, but if they want to take advantage of new features in the next major release, they will need to upgrade their operating systems to above Windows 10 v1607 and macOS Sierra or above in order to do so.  The requirement applies to the next major releases of Adobe Media Encoder, After Effects, Audition, Character Animator, Prelude, and Premiere Pro. Creative Cloud Desktop, which manages application installs, will continue to be supported on Windows 7 or later and Mac OS X v10.9 or later.

We focus our development on currently supported OS versions and transition away from older versions as these are retired. We’re letting you know about these changes before they come into effect, so you can plan ahead for any updates to legacy systems.

Adobe says that the reason for forcing members hands to update is that it will make it possible to offer features and functions most requested by Creative Cloud members, and to ensure peak performance that takes advantage of modern hardware.  “Technology is always evolving, and we are making sure your tools evolve alongside the major operating systems and available hardware,” stated Adobe in a recent blog post. “Besides keeping your OS up to date, performance for video applications is impacted by your processor, available memory, storage, and GPU.”

And therein lies the rub. Many editors are still using operating systems as old as Windows 7, even though Microsoft has discontinued mainstream support for Windows 8.1 and below as of last January. As for macOS users, Adobe says that they will continue their ongoing policy of supporting the three most recent versions of the OS, going back to OS X 10.12 (Sierra).

Now, if they want to use any of the upcoming Creative Cloud features, they will not only have to run the risk of updating their OS (the Windows 1603 update, for instance has been problematic for many) or even upgrade their hardware.

The update will probably be announced around the time of Adobe MAX in October, so it’s a good idea to start working on updating your operating systems if you want to take advantage of all those new features.

doddleTALKS Tech – Bill Roberts and Adobe in the Cloud

By James DeRuvo (doddleNEWS) In this episode of doddleTALKS Tech, Adobe’s Bill Roberts joins us to talk about the 150 new features of Adobe Creative Cloud.

If you cut your video on the MacBook Pro using Adobe Premiere, you may have noticed that the audio has become deafening with Creative Cloud CC 2019 update. So loud, that users have complained of […]