In space, no one can hear you scream. Or at least that was the tag line for the Ridley Scott helmed science-fiction masterpiece Alien. It was extremely effective bit of marketing, and the film became a classic.

Alien: Covenant just received a new poster with a much simpler tag line. Not only that, but the film has a new release date; for those of you who can’t wait for the film — fear not — as it will now open five months earlier on May 19, 2017. You can check the poster out below: 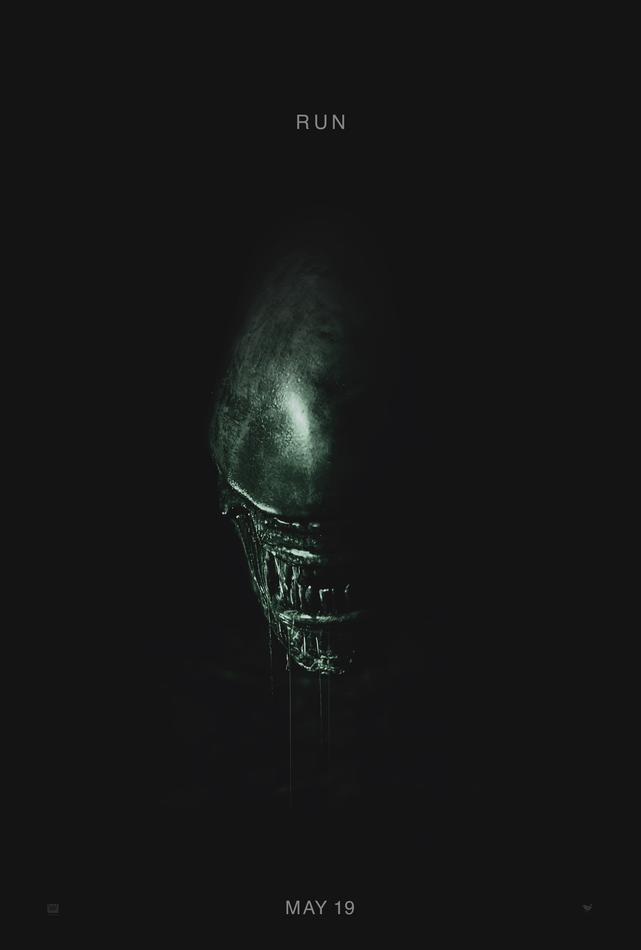 The franchise passed from Scott to James Cameron with the acclaimed Aliens (1986), then to David Fincher with the maligned Alien 3 (1992), and finally Jean-Pierre Jeunet with Alien: Resurrection (1997) before circling back to Scott. The idea Scott had was to make a prequel with Prometheus that existed in the same universe but went after something else: Namely the Space Jockeys and how they fit into the whole scheme of things.

I loved Prometheus from a conceptual level, but the film itself lacked a good story — or even a coherent plot. It also felt like it tried to hard not to be an Alien film by giving us all sorts of weird monstrous aliens — none of which were what the audience wanted: The Xenomorphs. You can’t help but feel the producers didn’t really want to make an Alien movie and basically shoved the Deacon Xenomorph at the end of the film as an afterthought. On top of it, Scott said it’s not the same ship we saw in the 1979 Alien film.

Let’s get the bad out of the way with the Alien: Covenant poster: I hate that tagline. To give you a good idea of why I hate it, just picture a poster for the film Chariots of Fire with the tagline “In space no one can hear you scream.” Looks dumb right? Now imagine that poster again with the tagline “Run,” and then do that same experiment in your head with Forest Gump. I just don’t think the marketing department put too much thought into that tagline — it feels too generic.

What I do like is the obvious homage to the original Alien poster. Instead of a cracking egg, we see the face of a Xenomorph (or Neomorph, which is apparently what they’ll be called in Alien: Covenant), as if Scott is promising that this will be a true Alien prequel.

I also like that Alien: Covenant is being given a much better summer release date. With the film set to premiere earlier than fall 2017, the other thing we can expect is a trailer to show up earlier as well, and I can’t wait to get a look at what the next chapter looks like. My guess is within the next few days or so, we’ll get the first trailer.