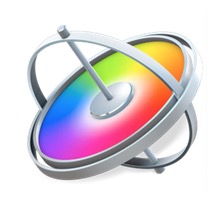 In our last lesson, in our look at Apple Motion 5, we talked about Behaviors when it comes to working with the HUD, but we didn’t focus on the most important question, and that is, what exactly is a Behavior.   So let’s get that question answered.

Behaviour animations are different from Keyframe animations, as they provide a smoother way to animate elements in your timeline, but make the process more visual, via the HUD, as opposed to having to work with Keyframes. A “move” effect, basically meaning that if you were to take your footage and move it across the screen, is referred to by Motion 5 as a “Throw” behavior.

Think about space for a second; if you take an object in space, and throw it a certain direction, it won’t stop until it hits something. Same concept here.  Simply apply the “Throw” behavior to a clip, select the Behavior, hit F7 to call up the HUD, and now you can take your clip and “throw” it in any direction, any speed you want to. No keyframes required. 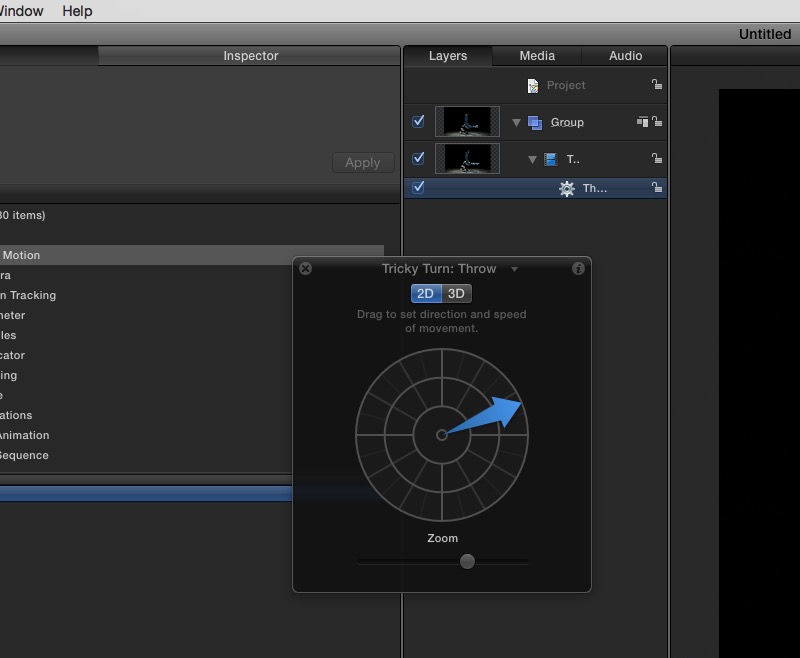 All the Behaviors can be found in the Motion 5 Library, in the Behavior category, and you’ll quickly see that there are a ton of Behaviors for everything from Translations (Moves, Rotations, etc), to Text animations, to even Camera Behaviors.

These Behaviors are a great way to work, and I always tell people to exhaust their Behavior options before moving onto key framing, as it’s just a better way and much faster way to work! What’s also important to keep in mind is that, much like effects, you can stack multiple Behaviors on top of each other, to create great animations in seconds, instead of minutes!

Kevin P. McAuliffe is one of the Senior Editors at Extreme Reach in Toronto, Canada. His current clients include Paramount Pictures, Warner Bros. Pictures, Walt Disney Pictures, and E1 Entertainment, to name a few. You can follow him on Twitter @kpmcauliffe.

By Kevin P. McAuliffe (doddleNEWS) Now that we’ve taken a tour of the interface in Apple Motion 5, it’s time to start working with clips. What’s important to keep in mind with Motion is that it works […]

By Kevin P. McAuliffe (doddleNEWS) In our last lesson (click here), in our look at Apple Motion 5, we got our text set up for our Path, but we now need to actually attach it. […]

by Larry Jordan  I was watching some TV promos this morning where a camera was moving around a series of images displayed on a wall. And I said to myself, Motion can create that. Here’s how […]