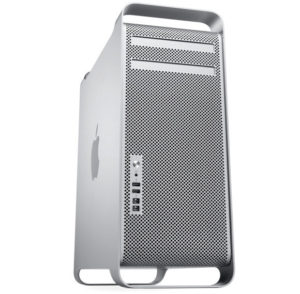 As it stands, macOS Mojave doesn’t support older 2010-2012 Mac Towers, because of it’s Metal integration But if, like RED’s Jarred Land, you’ve been wanting to upgrade your old 2012 “Cheesgrater” Mac Tower drivers to modernize it for 4K editing, Apple says you need to do a little more than that. And it’s going to help you out with a  list of Mojave approved video cards.

As Apple updates their operating system to macOS Mojave, in comes support for their GPU standard known as Metal. So legacy Mac users have to upgrade their GPU cards to a Metal compatible model, and Apple is listing the following Nvidia and AMD cards as being Metal-capable and compatible with the mid-2010 and mid-2012 Mac Pro Models:

Though Apple isn’t as confident that Radeon RX, and Pro models will definitely work with the Metal software architecture, they put out a list of AMD cards which “might” be compatible with macOS Mojave:

Consequently, if you’ve recently upgraded your GPU, and want to know if it supports macOS Mojave, all you need to do is hold down option and select the Apple Logo. This will open the System Information panel, and under Graphics/Displays, you will find a “supported” next to your card under the Metal tab.

Once you have ascertained that your card is indeed Metal compatible, users can download macOS Mojave, but it’s recommended that you turn off FileVault before you do. “Many third-party graphics cards won’t show anything on the display when macOS Mojave is starting up, including the Apple logo, and startup progress bar,” the Apple Support note adds. “As a result, you can’t log in to a system that uses FileVault, choose a different startup disk before your Mac boots into macOS, or perform some hardware diagnostics. You’ll need to turn off File Vault and then follow the steps to download and install macOS Mojave on your Mac Pro.”