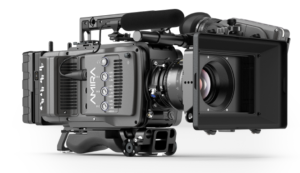 With the latest SUP 5.3 Update, ARRI is unlocking support for 2.8K RAW in wide screen for the ARRI AMIRA Cinema Camera, users will be able to pay for an additional license and record in the expanded format.

“It’s a response to an increasing demand”, said Markus Duerr, the ARRI AMIRA product manager. “With the growing popularity of ARRIRAW more and more AMIRA users have been asking us to make it available to them.”

The new SUP 5.3 Update will give AMIRA users the ability to shoot in 16:9 2.8K (2880 x 1620) MXF Raw at up to 48 fps in wide screen for the very first time. ARRI made the move due to AMIRA users feeling left out of the raw experience, and wanting to expand their cinema camera’s tool set.

The addition of ARRIRAW will enable users to retain the camera’s natural color gamut and dynamic range in the uncompressed spectrum, and will be considered a completely digital version of a film camera negative. All Raw Data will remain pristine throughout the entire post process, and enable shooters to revisit the original footage down the line from an archival state and match it the same as the day they shot it.

Other features in SUP 5.3 include expanded multi camera support, 3 LUTs, full in-camera grading, LOG-C monitoring and recording, remote lens control via the ARRI CForce Mini RF remote control, and the ability to override the electronic viewfinder proximity sensor and keep the EVF on as long as the camera operator needs.

Overview of Features Introduced with SUP 5.3:

To download the update, users can go to the ARRI downloads page here, and log in. To unlock the 2.8K Raw video recording option, users must purchase a license for €3,180 ($3,750 US).  Unlocking Cinematic MultiCam also requires a separate license, with either (or both) to be purchased here.

Filmmaker Says Broadcasters Ruin the Movies They Show on TV

By James DeRuvo (doddleNEWS) Although broadcasters spend billions on programming, you’d think that they would pay extra attention to how that programming is shown on the our home TV screens. But one filmmaker says that […]

Cinemartin Closes Its Doors, a Victim of the 8K Camera War

Making a bleeding edge, 8K cinema camera is hard. Being a small company competing with the big boys, it can be even harder. So when Cinemartin announced this week it was declaring bankruptcy and going […]

Earlier in the year, RED streamlined their product catalog with the goal of retiring camera platforms that weren’t DSMC2/IPP2 ready. That has freed up room for the next generation of camera designs, while leaving a […]