The 91st Academy Awards is only days away, and even though it’s grabbed a few headlines with controversies about host tweets and awards given off air, the real story is who the big winner will already be come Sunday. ARRI.

The 91st #Oscar nominees are in! All Best Cinematography nominees relied on #ARRI cameras to bring their vision to life as well as seven of eight nominated films for Best Picture. #ARRI ALEXA remains a popular camera option for #Oscar-nominated filmmakers to shoot their films . – ARRI on Facebook 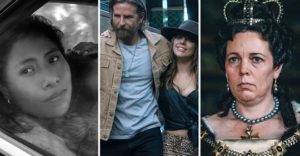 From Black Panther to BlackkKlansman, just about every single picture nominated for Best Picture this year, used a variant of the ARRI ALEXA as their main cinema camera.  The nominated list breaks down as follows:

Additionally, Best Cinematography nominees Caleb Deschanel (Never Look Away) and Lukasz Zal (Cold War) also relied on the ARRI ALEXA XT Plus and ARRI ALEXA XT respectively. Moreover, while RED was shut out of the annual Oscar fest this year, they can at least pop a cork that the Panavision Millennium XL2, which they co-developed, is in the running with 2 nominations.

Additionally, NoFilmSchool took a look at the lenses used and found that Zeiss and Angeniuex lenses were the most popular for Oscar season this year. Cooke lenses look to have taken the bronze. That breakdown is as follows:

The takeaway here is that you may not get Oscar without a worthy script and performance, but if you have all that, choosing the right camera platform has traditionally made ARRI the smart money.

The Oscars will be broadcast on ABC Sunday, February 24th starting at 5PM PT.

doddleTALKS Tech – Inside The Blackmagic Studio

By James DeRuvo (doddleNEWS) At NAB, I sat down with Dan May to talk about their new camera products – including the Blackmagic Studio Camera, the 4K Blackmagic URSA Cinema Camera, a killer update to […]

By Danny F. Santos (doddleNEWS) We’ve got a lot of news this week which includes our first look at Creed II via a brand new trailer that just dropped. We’ll also check in to see […]