Last October Marvel announced Captain America: Civil War, and not only did they confirm Robert Downey Jr.’s role in the project, but also that Chadwick Boseman had been cast in it to play Black Panther. He would make his debut in Civil War, and then get his own solo film in 2018.

We’ve already seen the concept art for the costume but now Instagram photographer Meyer Photos was able to take a snap shot of Boseman in action. 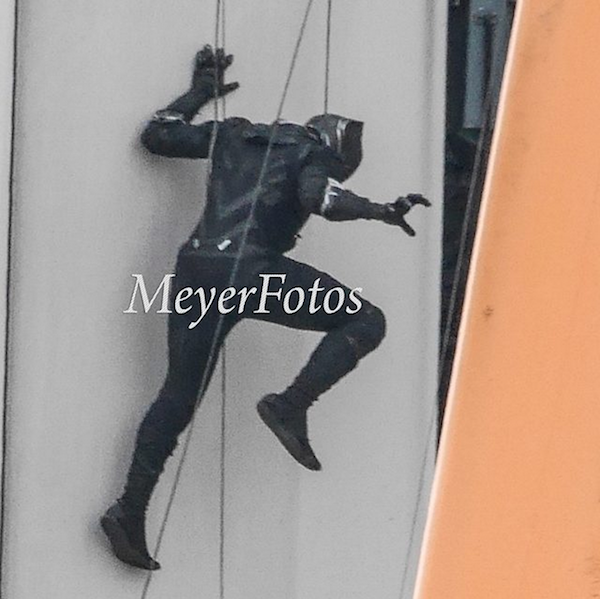 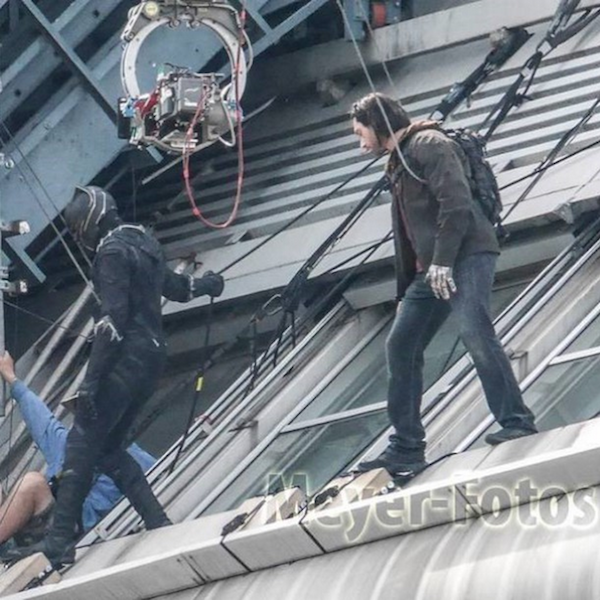 The really nailed the suit for Black Panther. Not only can you easily recognize it from the comics, but it’s fairly close to the concept art seen above. The only real difference seems to be that I expected the material to have a bit more of a shine to it, like it does in the art.

Even so, a bit of that did survive the translation from art to reality. Some of the strips seem to be of a different texture, which gives the all-black suit a bit more interest. I really like that they’re borrowing ideas from carbon fiber, which adds to the fact that the suit is made from vibranium. Now that I see it in real life, I kind of wish they used a bit of a pale gold lining in it, rather than gone with the gun metal grey. I get that the material has been established as grey, but I kind of like the traditional colors for the character.

The Instagram user also has a picture of Chris Evans on set in plainclothes (click here to see those). It kind of reminds me of Captain America: The Winter Soldier, when he took on Bucky in the street,s so it may be a case of Rogers being ambushed by T’Challa. In any case, I’m really looking forward to seeing Black Panther in action in Civil War, and these pics have me excited!

Black Panther will premiere in theaters on July 6th 2018.