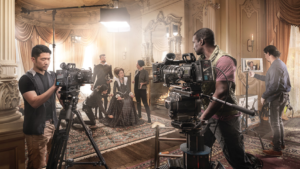 Blackmagic Design’s new announcement strategy is to come out with some of their product announcements and updates before NAB, which gives us the chance to do some research about them, before we get hands on time in Vegas.  Such is the case with the URSA Mini Pro G2, the next generation cinema camera from BMD.

“Blackmagic URSA Mini Pro 4.6K G2 is exciting because it gives customers second generation electronics and an even higher performance image sensor so they can shoot at extremely high frame rates for crystal clear slow motion images. URSA Mini Pro 4.6K G2 is powerful enough to be used on high end feature films and television shows, versatile enough to be used for broadcast news and live multi camera event production, and affordable enough for indie filmmakers and even students. It’s like getting 3 cameras in one.” – Grant Petty, CEO, Blackmagic Design. 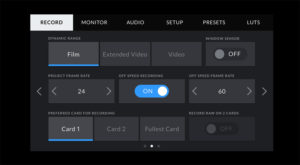 Dubbing it a new generation 4.6K design, Grant Petty says that the Blackmagic URSA Mini Pro G2 has been redesigned from the ground up with more powerful next generation image sensors and other circuitry to add twice the frame rate in Blackmagic Raw and ProRes as the previous generation. That translates to 120fps in 4.6K in BRAW, 150 fps in 4K DCI BRAW, plus 300 fps in 1080p and other codecs.

To achieve those higher frame rates, users will need to use DCI in order to write them to an SSD card.  3D LUTs are embedded, and Blackmagic has improved their color science to yield over 15 stops of dynamic range and more accurate color. BMD has also improved the circuitry and made line adjustments for better audio.

Petty also pointed out that this camera will completely replace the generation one URSA Mini Pro, and since it has the same price point, they still have some G1 models available for anyone looking for a great deal. Its also important to note that Blackmagic has finally dropped CinemaDNG. 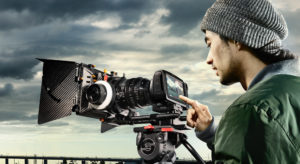 “Blackmagic RAW has been incredibly successful since we introduced it last fall on URSA Mini Pro,” said Grant Petty, Blackmagic Design CEO. “The new Blackmagic Camera 6.2 update is exciting because it makes this incredible new technology available to Blackmagic Pocket Cinema Camera 4K customers absolutely free! They get the visually lossless image quality of RAW with the speed of traditional video workflows!”

Blackmagic Pocket Cinema Camera 4K users also have cause for celebrating, as Blackmagic Raw is now supported through Camera update 6.2. With Blackmagic Raw, BMPCC4K users can now record up to 2 hours of full cinematic quality Blackmagic RAW footage in 4K on a single 256GB SD UHS-II card, as well as 4K DCI images to an SD card. 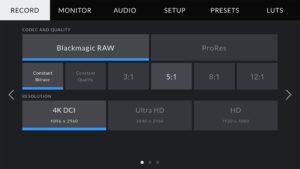 Lastly, Petty hinted that DaVinci Resolve 16 will be announced at NAB, with some great new features, though he stopped short of telling us what. Something to look forward to!

By Kevin P. McAuliffe In our previous lesson of our look at learning BlackMagic Design’s DaVinci Resolve, we took our look at animation in Resolve one step further by talking about adjusting Keyframes once they […]

By Kevin P. McAuliffe In our last lesson, in our look at learning DaVinci Resolve, we talked about best practices when working in the Color Module.  In this lesson, we’re going to talk about Compound […]

The video quality of the Blackmagic Pocket Cinema Camera 4K is fantastic. Hands down, an ideal platform for taking the next step. But the camera’s battery life, not so much. So, after nearly a year […]