Today at IBC, Blackmagic Design announced that they would be moving away from the open source CinemaDNG codec, in favor of their own flavor of Raw. With the announcement of the public beta of Blackmagic Raw, the company says customers will receive a more intelligent format, that will translate into higher quality images.

“Blackmagic RAW is the world’s only truly modern, high performance, professional RAW codec that is open, cross platform and free,” said Grant Petty, Blackmagic Design CEO. “It’s exciting because customers can get the visually lossless image quality of RAW with the speed of traditional video workflows. Best of all, there are no hidden licenses or ongoing fees… it’s absolutely free.”

According to BMD’s Grant Petty, the Blackmagic Raw offers the following advantages over CinemaDNG: 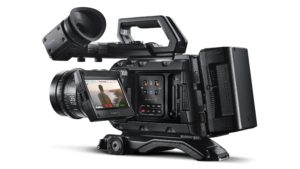 Available as a public beta for URSA Mini Pro cameras through the latest Blackmagic Camera 6.0 Beta Update. Other improvements for the URSA Mini Pro in the Camera 6 Beta include:

It’s interesting that since Adobe dropped development of Cinema DNG, everyone is developing their own flavor of Raw, and really dialing in the codec for their custom designed camera features. Sure, it means that the codec becomes more segmented, but if you’re in a certain eco system, that really isn’t a bad thing.

In addition, DaVinci Resolve 15.1 Update, which includes support for Blackmagic RAW, is also available free of charge from the Blackmagic Design website here.

by Larry Jordan IBC is exactly one week away, so, this week on The Buzz, we decided to showcase some of the trends, technology and products that we can expect next week when the show […]

By Kevin P. McAuliffe In our previous lesson of our look at learning BlackMagic Design’s DaVinci Resolve, we starting talking about color correction, and discussed the Waveform monitor, and how you can use to to […]