UPDATE: According to Disney owned ABC News, Lucasfilm is denying reports that stand alone chapters of the Star Wars saga have been put on hold, saying any reports of the demise of the Star Wars Stories to be “inaccurate:”

“Lucasfilm told ABC News there are still “multiple” Star Wars films currently in development that have not been officially announced,” ABC reports. “Those projects are moving forward separate from an already-announced Star Wars trilogy being overseen by The Last Jedi director Rian Johnson and another series of movies from Game of Thrones producers David Benioff and D.B. Weiss.” 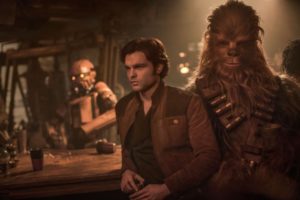 It’s no surprise to anyone that while Ron Howard did an admirable job to save Solo: A Star Wars Story, that effort hasn’t translated into the box office success that Disney was hoping for. And with the bitter taste left in fans mouths after Star Wars: The Last Jedi (yes, I know that isn’t a stand alone story, but it has had its impact), the Mouse House and Lucasfilm have decided to put all other anthology films on hold and rethink the approach.

It may be a while before we see any more movies like Solo: A Star Wars Story out of Lucasfilm. Sources with knowledge of the situation tell Collider that Lucasfilm has decided to put plans for more A Star Wars Story spinoff movies on hold, instead opting to focus their attention on Star Wars: Episode IX and what the next trilogy of Star Wars films will be after that film. Sources tell us that the previously rumored Obi-Wan movie was in active development, but those who were working on the film are no longer involved. It was recently reported that Logan filmmaker James Mangold was in early talks to write and direct the Boba Fett film, but that was before Solo’s release. – Collider 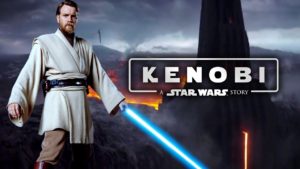 According to Collider, Disney has shut down preproduction of ObiWan Kenobi, and will place all other stand alone Star Wars films on hold in order to focus on development of Episode IX, and the pair of upcoming trilogies being developed by Rian Johnson and Game of Thrones creators David Benioff and DB Weiss. Additionally, Disney has the Star Wars streaming network to launch, and the Star Wars TV series being developed by Jon Favreau. Then there’s the next animated series Star Wars: Resistance. So Disney clearly has plenty of adventure in a galaxy far, far away to keep fans happy.

The decision may be an effort to stave off fan fatigue of launching a tentpole chapter every year. In addition, the talk is that Disney will also be expecting Lucasfilm to shy away from new and emerging director talent, in favor of veteran filmmakers who can make the premiere date, work within a big budget without expensive reshoots to fix problems, and not be fired mid course.

On that note, Disney may want to have a word with Kathleen Kennedy, who made the decision to fire not only Solo’s directors Chris Miller and Phil Lord, but also Episode XI‘s Colin Trevorrow, and Josh Trank, from an unnamed Star Wars anthology, which may have been Solo as well. She seems to be the common denominator and it may be that she preferred the more seasoned approach of veterans like JJ Abrams, Ron Howard, and Gareth Edwards (who was also replaced at the end of Rogue One).  Here’s an idea … STEVEN SPIELBERG.  You’ll definitely make George Lucas happy.

There’s also the recent mammoth $71 Billion bid for 21st Century Fox, which may be causing Disney to think about just how much money they can spend in the near future on questionable returns. By sticking with the tried and true, and making them more event movies, rather than a film every year, Disney can get more bang for the buck and not be overextended.

It’s really too bad, but it’s necessary. Fans were really hoping for an Obi Wan Kenobi film, and the news that Lucasfilm had found someone to write and direct Boba Fett was really exciting. But while I enjoyed both Rogue One and Solo, and the gritty, old school time line they were set in. But there were some things about them that just were working at the box office. Maybe a brief hiatus is the will of the Force.