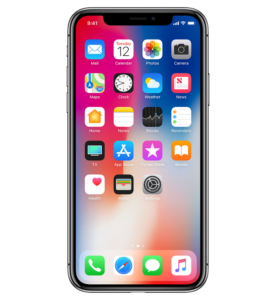 We knew a lot about today’s Apple Event. We knew it would be about a special edition iPhone, we knew the next generation would skip the “s” phase of the cycle and go directly to the iPhone 8, we even knew most of the specs. But we couldn’t imagine how gorgeous that new iPhone X would be. And even then, there was plenty more from this Apple event to get excited about.

The first thing we got to see was a sneak peak of the gorgeous new Steve Jobs Theater at Apple Park. With today’s Apple Event being the inaugural function to open the facility, it started with a tribute to the company’s founder and name sake. It was a poignant moment, and one where his heir apparent, Tim Cook, gave a touching tribute, saying “Steve’s spirit, and timeliness philosophy of life, will always be the DNA of Apple.” And in many ways, was came next was a tribute to the vision that Jobs set in motion, with high tech gadgets that were designed as works of art.

First off, after announcing a Hurricane relief effort that will take donations through the Apple Store, Cook got things going with a tour of the Spaceship campus and telling everyone that the new facility converted 150 acres of asphalt into a green landscape with thousands of trees, reflecting Apple’s core values of both technology and respect for the environment. And I have to say, it’s monument to Jobs as much as it is a corporate workplace.

Then came an update to the Apple Watch. The announcement that WatchOS 4 will be available as an update beginning September 19th, and it has some really cool features including seeing your heart rate on the watch face and notifications if the heart monitor sees any abnormal heart activity. Apple is also going to be taking that heart rate data and sharing it with Stanford Medical for a Heart Study that promises to yield results to help fight heart disease.

Then the Apple Watch Series 3 was announced and it finally has it’s own 4G/LTE cellular connection. So now you can leave your phone at home when jog or go run an errand, and you’ll still be able to take phone calls and even talk to SIRI as needed. Apple Watch 3 will also stream Apple Music, giving users up to 40 million songs “on their wrist.” It has a dual core processor with up to 70% faster performance, bluetooth, wifi, and even a built in altimeter so the watch can tell when you’re going higher during a long run. It’s also swim proof and has an all day battery. And even with all that and the LTE, the watch case is the same size.

Starts at $399 with cellular, $329 without. Apple is also continuing to sell the Series 1 Apple Watch, which will drop to $249. But no mention on whether they will carry the Series 2, which leads me to believe it’s being discontinued.  The Series 3 will be available for preorder on September 15, shipping September 22nd in 9 countries and 14 cellular providers who will also have intro deals for those who sign up.

Next, streaming users will finally get what they’ve been waiting for, a 4K Apple TV. The new version not only will be able to stream 4K video, but also do it with HDR. FINALLY!  Upgraded with Apple’s A10 chip (the same chip used in the iPad Pro), the Apple TV 4K runs twice as fast as the current hockey puck and enjoys a 4x boost in GPU performance.

The Apple TV store will also be getting 4K titles from all the major studios, which will sell for the same price as HD, in spite of the rumor that they were pushing for a premium price. In addition, Apple promises that any HD titles that you have already purchased, will be automatically upgraded to 4K, that’s Cool.

The TV app has also been upgraded and will now be offering live news broadcasts, as well as live sports broadcasts with your favorite teams listed first. There will also be notifications and a listing of scores and time remaining so you can decide to tune in. The Apple TV 4k will also have live gameplay, which will enable users to use their Siri remote as a controller and take on up to eight other players anywhere in the world.

With all that out of the way, it was now time for the main event. iPHONE. And we got our first look at the iPhone 8, which, let’s face it is just an iPhone 7S that’s been named differently. Since the iPhone is on the tock of it’s tick-tock development cycle, we got mostly modest improvements, which includes True Tone technology on the phone’s retina display, an upgraded A11 Bionic dual core processor, and Apple designed GPU.  Cameras are 12 MP which have been redesigned to take in 83% more light thanks to deeper pixels and faster aperture ratings. The iPhone 8 Plus, for instance, enjoys an f1.8 and f2.8 dual camera array with a upgraded portrait mode that uses something called Portrait Lighting, that reads the light hitting the subject’s face, and then adjusts it in real time to get the best possible image. And there are also presets that are kinda like LUTs for color grading your image on the fly.

The cameras also have optical image stabilization, 4 LED flash, and for video the iPhone has a real time video encoder that analyzes up to 2 million pixel areas on the image every second to lock in color, light and focus. It can also shoot 4K at up to 240 fps which will make mobile filmmakers happy. Cameras have also been calibrated for augmented reality and can bring in data from the internet for live sporting events. So you can hold your phone up to the action and it will read the scene and tell you who’s playing, with stats on the screen much like you’re watching TV. Kinda cool.

And while all that is cool from a filmmaking perspective, the thing I was most excited about was the iPhone now enjoys wireless charging via the open standard Qi. Thanks to the iPhone 8 having an all glass design, the phone no longer needs a lightning cable to charge. You just place it on any Apple Certified Qi charging system and it starts charging. I’m really going to love that because we’ll no longer have to worry about cable failures when they start to get old. That also means that the lightning port may not be long for this world in the next generation and I’m betting Apple does away with it.

Then, since we are in the Steve Jobs theater, Tim Cook couldn’t resist and offered us “one more thing.” And that was the tenth anniversary  iPhone X. Not “ex” mind you, but TEN. Calling it the future of smartphones, the iPhone X has many new features that will be seeded down to lower end iPhones in the future. These new features include a bezzeless super retina OLED HDR display that supports both HDR10 and Dolby Vision standards, a one million to one contact ratio, and true tone technology. So it’s safe to say the display is gorgeous.

Since there’s now no home button, as rumored, the iPhone X will get to the home screen with a simple gesture control by swiping up from the bottom. To enter multi tasking mode, you just swipe and pause. To unlock the phone, Apple has done away with Touch ID and will now be supporting a new FaceID facial recognition system which will use what they are calling the True Camera Depth System to read your face. This use the front facing camera, plus an infra red camera and ambient light sensor to read your facial details in 3D and then store that data in Apple’s secure enclave. Apple says that it is even more secure than Touch ID with a one in a million chance that someone can unlock your phone. And they even worked with Hollywood makeup artists to craft a system that can bust even the best mask to open it. That’s good too, because Face ID will also be tied into Apple Pay, so you can make payments with your face.

With a similar camera array as the iPhone 8 Plus, the iPhone puts the cameras in a vertical configuration, and the telephoto is a little faster at f2.4. But they both come with optical image stabilization and the front facing camera gets to deploy the Portrait and Portrait Lighting mode for “selfies.” The iPhone X will also have wireless charging via Qi and Apple is also creating a new wireless charging system called Apple Air Power, which will be a cool new large charging plate that will enable you to charge your phone, Apple Watch and EarPods at the same time. That’ll be available in November.

So that’s it. All the news about iPhone 8 and iPhone X, a new series 3 Apple Watch, and the Apple TV finally goes 4K. All in all, it was a pretty cool event and my credit card is already shaking for the holidays!

By Larry Jordan (doddleNEWS) Apple updated Final Cut Pro X to version 10.4.2 last week. This is an important update because it fixed a very nasty bug in 10.4.1 that would randomly select and/or deleteclips in the […]

(any iPhone X pic we have on the server, your choice) By James DeRuvo (doddleNEWS) With the solid marks that DxOMark is giving Apple’s iPhone X for its high end camera, it looks to be […]

Update: Available starting today at Apple. Pricing starts at $4999, and with the best of the best options, it will set you back a cool $13,000-plus. By James DeRuvo (doddleNEWS) For many of the Mac […]