The Canadian version of the Federal Aviation Administration, known as Transport Canada, has proposed their own set of rules and regulations to govern the use of drones in the Great White North. And now, some are complaining that they may be stricter than those here in the U.S.

“The proposed floor for very small UAVs is intended to minimize the risks to persons, based on the speed and potential lethality.” – Transport Canada briefing note 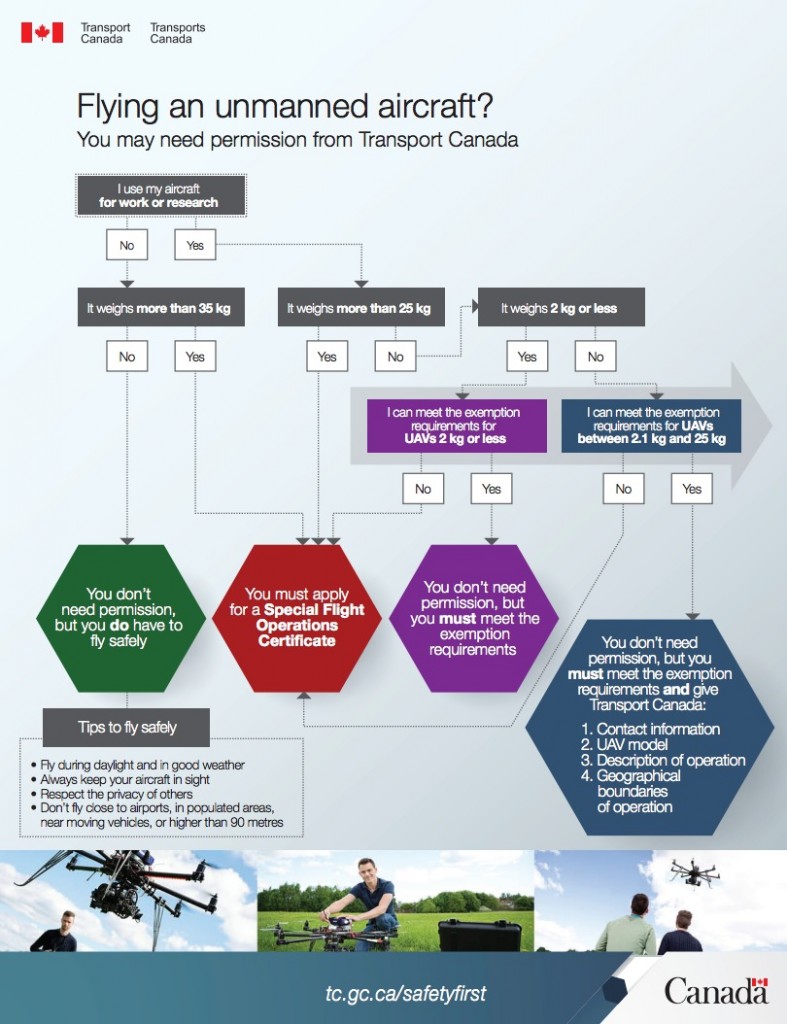 Though much of the requirements that Transport Canada is proposing mirrors recent FAA Part 107 regulations, including registering drones weighing over a half pound (250 grams), and passing a knowledge test.

But there are also the requirements of keeping your drone within your visual sight and steering clear of within 9 KM of an airport, heliport or helipad, and other so-called “No Drone Zones.” These include National parks, over certain populated areas, or highways. If you’ve been hired to fly a drone to film in these areas, drone pilots will require special permission.

Drone operators will also have a minimum age of 14 for small, toy drones, while a minimum age of 16 will be required to fly any drone over 1 KG (2.25 lbs). Transport Canada also adds that even recreational drone pilots will also need to carry liability insurance while flying. The problem some pilots are finding, however, is that insurance companies are unwilling to underwrite recreational drone pilots from liability.

“Because I’m a hobbyist, not a commercial flyer,” complains Andrew Robertson (known as Lady Drone on YouTube), “I haven’t been able to find any insurance companies that will provide insurance. At this point, they’re only interested in commercial fliers.” 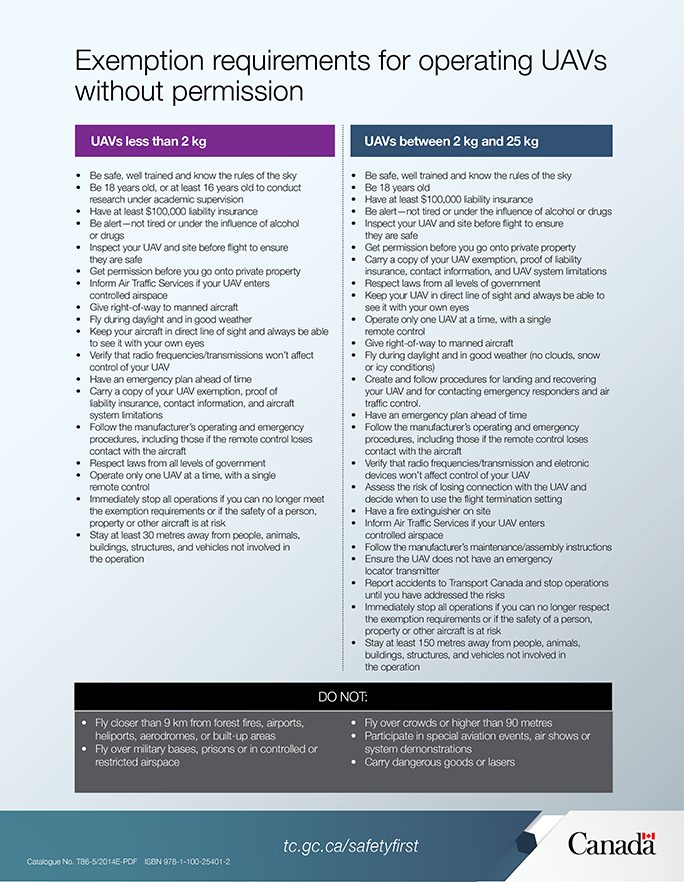 There’s even a special flight operations certificate for flying your drone indoors should people be present. The good news is Transport Canada has carved out an exception for movie productions.

“You do not need an SFOC to fly indoors when only the UAV crew or people directly participating in the UAV operation (e.g., actors on a movie set) are present,” the Transport Canada site states. “The UAV operator should ensure that everyone present understands any possible hazards or risks.” Foreign operators seeking to fly in Canada will also require an SFOC.

Additionally, Transport Canada will make no provision for the difference between recreational and commercial drone operations, so the rules will blanket both activities.

Under the new guidelines, commercial drone pilots will become licensed one time with no need to renew, but will have to carry insurance, much like the driver of a car. But Transport Canada is developing what promises to be a rigorous procedure to gain a commercial drone license that will include licensing and exams for certification. So while the bar will be high, the potential red tape for gaining certification will be limited.

Transport Canada is planning to lay out recreational drone rules which will have more rigorous regulations that are coming online in 2017, and that’s leading many to complain that the regs are an unfair burden on the recreational drone community.

“I think it’s just getting too strict now,” drone pilot Nick Howe told the CBC. Howe is a recreational drone pilot who posts travelogue videos of his journies across the Canadian frontier, and he says that the new rules are overkill and will make it too costly to enjoy his hobby. “It just means more money I’m going to have to spend. It’s a lot more of a hassle than anything.”

But the head of Transport Canada’s civil aviation arm, Aaron McCrorie, disagrees, saying that drone use has exploded and that regulations on recreational drone users is needed now, before a disaster happens.

“We need to regulate that to make sure that we don’t have a disaster,” said McCrorie. “The recreational users are going to have to meet more stringent safety requirements now.”

McCrorie cites examples of over 82 incidents in 2016 that would have violated the drone regulations had they been in force, including many near misses.

“We do have instances of these things crashing into vehicles, for example, so there has to be some means of accounting for the cost of those damages,” McCrorie added.

I don’t think the Canadian drone rules are as draconian as some think, honestly. But I do think that if a governing body treated drone piloting like traditional general aviation, requiring training and certification, as well as insurance, a lot of this could be abated.