UPDATE: According to CanonWatch, Canon will begin shipping the EOS R Full Frame Mirrorless Camera on Tuesday, October 9, 2018. This will also be the same shipping date for the EOS-R kit with the RF 24-105mm f4L IS lens.

Canon opted to announce the EOS R Full Frame Mirrorless Camera in the middle of the night here in the States and as usual, the rumor mill got it pretty close to accurate on its leaked feature set. But while this flagship full frame mirrorless camera has some interesting features for still shooters, filmmakers are going to find it somewhat lacking in true 4K video capability.

Yesterday, we speculated that the EOS R looks like it was cobbled together from a variety of existing Canon processors and other parts from their existing product lines, like what would happen if a Canon 5D Mk. IV, Canon 6D Mk. II, and a Canon M5 were merged into a single “FrankenCam.” That’s pretty close to the mark, I think. The announced specs are pretty close to the leaks we reported yesterday, but with a few extras to surprise it: 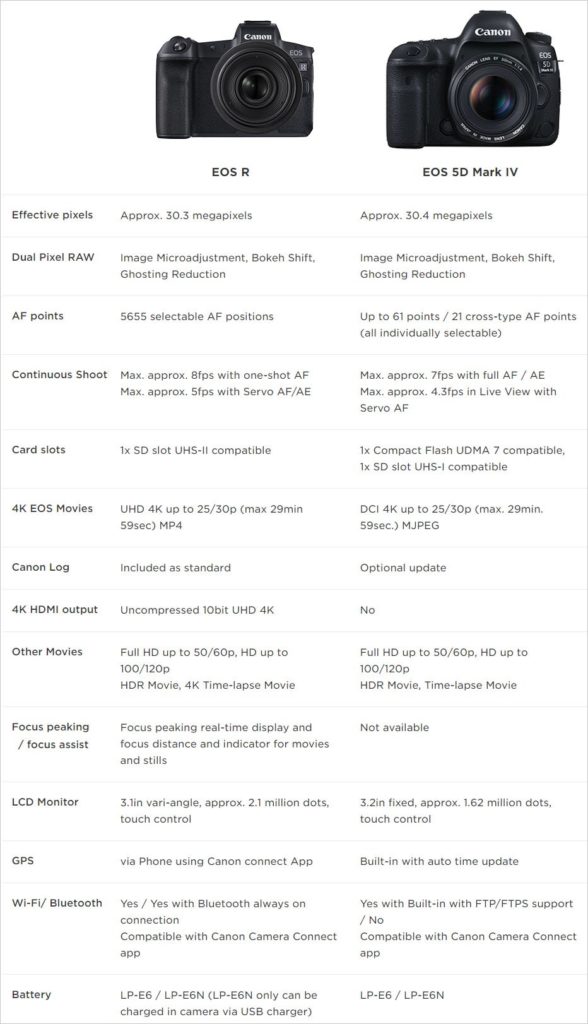 Moreover, the EOS R breaks through the 8 bit glass ceiling, to shoot in 10 bit color, which is great. Canon also put in a Touch Bar like arrow button controller to move between shutter speeds, ISO, and other settings by moving your thumb along the bar.

4K Only in Cropped Mode

But in a huge step backwards, the EOS R can only shoot 4K in cropped mode. There is no full frame 4K video option. That sucks as it will force users to multiply by 1.8 to get 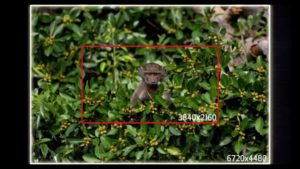 the accurate focal length when shooting in Ultra High Def. So if you were hoping to make the EOS R your main vlogging rig, you’re going to have to either settle for HD, or get up close and personal with a 4K image. Neither of which, is to my liking.

What is a genuine surprise, is that C-Log is included for free. It’s almost as if Canon felt guilty about not being able to offer full frame 4K, so they gave users C-Log to soften the blow. I’ll take it, but what could have been for a 4K camera in 2018 is truly disappointing.

The biggest feature of the EOS R mirrorless camera, however, may be the new RF lens mount, which is the first new lens mount for a Canon camera in over 30 years. Its 54mm distance is designed for four really fast RF lenses, and with ten focus contacts, the EOS R is incredibly fast focusing, even in low light. The flange distance is also shorter, to 20mm, which gives Canon the ability to make lenses that are simpler and offer premium optical performance. 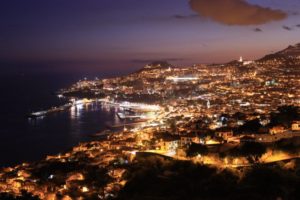 The really amazing one is the RF 28-70mm which maintains f2 straight along the entire focal length! Another great feature is the addition of a third ring for adjusting of shutter speed and aperture control from the lens itself, very old school.

So thoughts? I think that if you’re a shooter of stills, the EOS R offers a mixed bag of features, but with only 5fps burst mode, and a single UHS-II SD card slot, it’s a bit of a downer, and I can’t see serious filmmakers investing in this camera for a cropped 4K mode.

So at the end of the day, we get from Canon what we always get, a long overdue model that tempts users to upgrade, but offers little in the way of taking that next step up. Even Canon acknowledges this by saying that the EOS R would make a great “B” camera. $3400 is a lot to spend on a #2, don’t you think?

I think it’s safe to say that while the EOS R could make for an interesting still image camera, especially with those new RF lenses that offer a third ring for aperture and shutter speed adjustment. But for filmmakers wanting to make the jump to mirrorless, there’s little here to make the leap. More likely, they will continue heading towards Panasonic, Sony and now Nikon, before staying in the family.

Canon is planning a higher end professional EOS R body later in the year or 2019, so maybe they’re saving all the pro features we want for that model. Hope springs eternal. The EOS  R ships in October 2018, with the lenses shipping in December.

By James DeRuvo (doddleNEWS) Two weeks to go until NAB 2018 and now is the time when the news really kicks into high gear. And today, it doesn’t get any higher than Canon announcing a […]

Canon May Discontinue Trio of DSLRs for Mirrorless Designs

We knew there would be some triage as Canon focuses on their new Mirrorless initiative, but now, looks like the rumors are true and that Canon has apparently decided to discontinue not only the Canon […]

By James DeRuvo (doddleNEWS) Ultra high definition (UHD) at a lower price thank first announced, Blackmagic’s Dan May returns to talk about how Blackmagic was able to carve yet another $1,000 of the price of […]