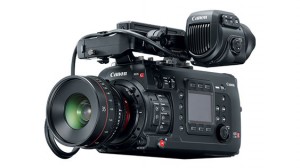 If you shoot a lot in Europe and you bought the Canon C700, you may have noticed that it doesn’t have a global shutter, or that you had to choose between an EF or PL mount. But now Canon is offering an upgrade that will enable shooters to swap out both when they need to.

The EOS C700 has generated wide anticipation thanks to outstanding 4K video performance and impressive dynamic range. In line with Canon’s policy of continual improvement and offering customers the best possible flexibility, a mount and sensor option has been announced, to be offered via Canon’s network of pro dealers. – Canon Europe 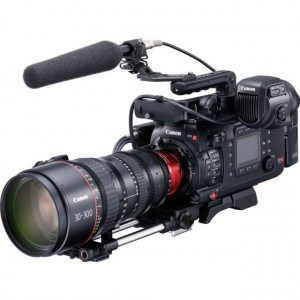 First off, the upgrade is only available to its European clients, and can only be done at Canon’s network of licensed pro dealers across the pond. But what it amounts to is being able to swap the lens mounts on your C700 from it’s original mount, to an EF with a Cinema lock or PL Mount with Cooke/i support and back again. So if you’re shooting on a project and your DP just has to shoot on PL mount glass, it’s an easy move to exchange the mounts for a limited time. PL mounts can go the other way as well, and have their autofocus feature enabled while using the EF with cinema lock mount.

The lens mount swap service can be accomplished at Canon’s Regional Service Centers in Germany, France, Italy, Sweden and the UK, or EF mount shooters can choose to purchase the PL mount with the optional SHIM kit for self installation. Prices will vary from 450 Euros for labor only, to $1550 for the mount, shim and labor and does not include VAT or shipping. No word on when the lens mount swap will be expanded to the rest of the globe, but the service will begin in Europe this March.

Then, later in 2017, Canon will offer the option for shooters to change out their standard sensor for a global shutter sensor. There isn’t a lot of details on when or how much, but they do say that when moving to a global shutter, the C700 will lose its autofocus capability. For more information, bookmark the Canon Europe site here. 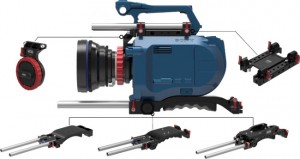 In other camera news, Vocas has announced a series of backwards compatible accessories for the Sony FS7 II.  The accessories include an upgrade to their flagship base plate and will come in two varieties: The Mk. II Base Plate with adjustable rubber shoulder pade and fixed rosette adjustment attachment, along with 15mm rails front and rear, as well as a VCT-14 style plate. The second will be based around a USB-15 baseplate with a second rosette, height adjustable front rail and camera adapter plate and finishing up with an integrated VCT-14 style plate.

Other accessories include an H Cheese Plate with PL support for mounting a PL-E adapter. The H plate requires removal of the top grip handle, however, which will eliminate the Sony MI shoe function, but with additional mounting points and 15mm rails, it can be beneficial in some configurations. All accessories were designed for the FS7 II, but Vocas says they also support the first generation FS7 as well.

No word on when these accessories will be available, but Vocas will have them on display at BVE Europe later this month.