One of the chief gripes by pros about the feature set of the Canon EOS R full frame mirrorless camera was that it has no internal body image stabilization, or IBIS. While Nikon, Sony and even Panasonic’s new S1 series has some flavor of image stabilization controlled by the camera body, Canon has opted for staying with their tried and true lens-based IS. And now we know why. 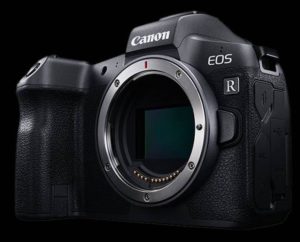 Speaking in an interview with Digital Camera World, Canon UK Product Consultant David Parry responded to direct questions as to why Canon’s new flagship mirrorless camera only the same lens based stabilization they’ve always had:

We feel that in-lens IS is the optimum system for image stabilization. With an in-body IS system you are creating something that needs to work over lots of different types of lenses and different lens groups, so you don’t get a dedicated system for that particular lens. All lenses move in different ways, and you get different types of shake depending on what kind of lens you’re using, so dedicating the IS system to the particular lens is, for us, the optimum way of doing it.

This makes a lot of sense to me. With Canon’s highly fast focusing and responsive lens design, it simply may not be necessary to “check a box” on a feature, just to keep up with the Joneses. Moreover, Perry went on to say that Canon isn’t turning its back on IBIS though, and is likely testing a variant of IBIS features on a variety of different prototype cameras. That’s what they do with a host of sensor designs, so it makes sense.

This is how Canon rolls. They’re very conservative in their product innovation, and will usually insert a new feature into a seasoned design to test the waters. This is what happened with Dual Pixel CMOS autofocus, which was originally introduced in the Canon 70D, before being adopted in all camera platforms as the technology matured.

It makes sense that Canon would want to just get the full frame mirrorless camera platform up and running, and let it rely on lens based image stabilization until they’ve reached a point in their mirrorless development, that they can bring in yet another feature to take it to the next level.

There are rumors that Canon is planning another high end full frame mirrorless camera, and that could come out after the first of the 2019 year (I’m betting more like Spring, if at all). But if it does, maybe IBIS will be included. But I wouldn’t hold my breath. Canon is going to want to ride the EOS R wave for awhile.

With the retirement of owner and CEO William Meurer, the venerable cinema rental company Birns & Sawyer is set to have an inventory auction of surplus rental and sales inventory. “After many storied years, we […]

By James DeRuvo (doddleNEWS) Two weeks to go until NAB 2018 and now is the time when the news really kicks into high gear. And today, it doesn’t get any higher than Canon announcing a […]

By James DeRuvo (doddleNEWS) While the general consensus is Mirrorless Interchangeable Lens Cameras are just as good as DSLRs, sales figures show the once and future king’s shuttered design is still sitting on top. But that’s not stopping Nikon from […]