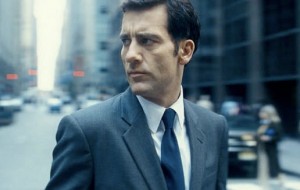 Andrew Niccol is a director that continues to fly a bit under the radar. The director of two of my favorite films Gattaca and Lord of War, who also wrote The Truman Show, has had some missteps like S1m0ne and In Time — but even those films had an intriguing concept.

His next film Anon will also have high concept, and, according to Deadline, has just cast the lead with Clive Owen. I really like Owen  but as with Niccol, he also seems to be a bit underrated, so this could be a fantastic project.

“A detective in a world with no privacy, ignorance and anonymity. When Owen’s character stumbles on a young woman who doesn’t exist, he discovers that such transparency might not be the end of crime, but the beginning.”

Despite being in the business for almost twenty years, Niccol has a smaller filmography than you would expect. The reason for this is that he does try to bring unique high concept films to the screen, rather than sequels or remakes that currently dominate the marketplace, and are a far easier pitch to studio heads. He did that once, by adapting The Host, which was based on Twilight Saga author Stephanie Meyer’s book of the same name. Let’s hope he learned that lesson.

Anon is being produced and financed by Oliver Simon and Daniel Baur’s K5 Media Group and K5 Film. Simon and Baur gave their praises for both Owen and Niccol, telling Deadline:

“Andrew is a master storyteller whose work is always compelling, entertaining and exhilarating as well as having something to say. With Clive’s consistently electric on-screen presence, we know that Anon will be the best in crossover cinema for the growing global audiences of this brand of smart, big screen sci-fi.”

Niccol’s last film was Good Kill with Ethan Hawke that got some very good reviews. Despite the plot for Anon reminding me a bit of Minority Report, the Good Kill has instilled a bit more confidence in the director. I hope that Niccol will take far more chances like he did earlier in his career than he has with his last few projects, and create something memorable.

Clive Owen is currently working on Luc Besson’s Valerian, and his female co-star will likely be announced in the next few weeks. No release date has been given for Anon yet.