If you haven’t heard, just after the first of the year, YouTube enacted a more restrictive copyright control policy which has been wreaking havoc with content creators being able to provide reviews, let’s play videos, and other content which run afoul of the new scheme.  Now those content creators are fighting back, raging a campaign to get YouTube to adjust their scheme to allow for fair use. But will YouTube listen?

YouTube has been catching a lot of fire lately, first over their draconian required revenue streams through YouTube Red, where creators are threatened with delisting if they don’t sign on. Now, a copyright issue where content creators are at the mercy of trademark holders hunting for infringement and having their channels taken off the air. Or at the very least, losing their revenue sharing privilege.

Now, creators are pushing back through the #WTFU campaign (aptly named, but standing for “where’s the fair use”). Lead by Doug Walker, aka The Nostalgia Critic, the campaign seeks to get YouTube to adjust their content ID to allow for what has been historically a protected exemption through the Fair Use doctrine.

“I have been doing this full time for eight years and there has never been a time where I feel safe doing posting one of my videos, even though the law says I should be.” – Doug Walker

If you remember a few weeks back, Walker’s YouTube Channel had his revenue sharing capability suspended and his videos limited below 15 minutes due to a pair of copyright claims by a video game company because he showed a video of destroying the video game, which he thought was terrible to play.

The creators of the video logged a copyright IP (intellectual property) complaint, alleging that Walker used their images and likeness on the video and YouTube’s content ID system automatically flagged it as a copyright violation and suspended his account. What followed was over a month of attempting to appeal the suspension, while Walker’s channel was making no revenue. You can read about here.

It’s no wonder studios don’t think twice about issuing illegitimate claims because chances are you won’t fight back, or you won’t be able to fight back. 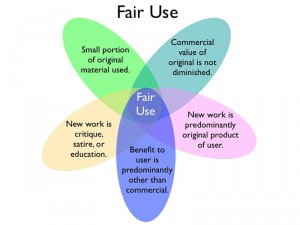 Walker lays out a compelling case for how studios and Hollywood producers are not only ignoring the legal doctrine of “fair use” that was meant to protect our free speech rights, but also flat out stealing content creators’ ad revenue without effective due process.

The whole ContentID system is completely automated and the content creator is basically considered guilty until proven innocent. And even if the content creator does win due to the complaint being dropped or their appeal not answered, the complainant still keeps their ad revenue. It’s a shocking misuse of the system that is designed to give all of the power to the copyright holders and none to the creators.

It’s so bad that studios are hiring rights management companies to harass content creators by resubmitting complaints even after they have been dropped. Walker says he has to respond to a complaint almost on a daily basis. And after users have had their accounts suspended or limited, they are not allowed to appeal to any other complaints. And f you lose three complaints, you’re channel is pulled off YouTube. Permanently.

“If there’s a monetization claim, why not place that money in a side account? That way if the the content creator wins or the claimant releases the claim, the creator should get their money back.” – Walker

And he’s not alone. In the video above, Walker includes stories by several other content creators who have had similar problems, and all of them are being outspoken about it on Twitter, Facebook, and through their YouTube channels, trying to get out awareness through the #WTFU campaign. Walker says that it’s OK to prevent a channel from making ad revenue if they have a complaint lodged against them, but that revenue should be placed into a holding account until the case is solved or dropped. And if the content creator wins, they should get that money back.

“How come one strike prevents you from responding to any other complaint?” – Walker

He also says that the three strikes rules, with limiting of appeals, effectively prevents the content creator from fighting back. Using baseball as an example, Walker says it would be like preventing a batter from swinging if he gets a strike on the pitch count. And he’s right.

“Fighting claims is something that every channel will have to go through,” Walker says, “so why take away our ability to fight back, especially if the claimant is wrong?” Walker says that since the courts have upheld that copyright holders must take fair use into consideration, that at least there should be a window by which all defenders can respond no matter how many strikes they have.

“Why isn’t there any penalty against claims that are retract or proven false? It just allows one side to have all the power.” – Walker

Walker also says that there should be repercussions against those who misuse the system, including losing revenue of their own. And he’s right. The great irony here is that Hollywood was created due to a similar miscarriage of justice on the east coast 100 years ago. History is repeating itself. “It’s clear that the system was made to be abused … and that shouldn’t be how things are done. This is something we need to stick together on,” Walker concludes, “because change is already happening.”