The hottest camera rumor to hit the web last week is that the next generation in the Sony Alpha series will enjoy a massive 60mp sensor and be capable of shooting in 8K, and not just with a hack. But really. Could that be realistic? Well, considering the current sensor could shoot in 8K if it really wanted to, it’s completely doable.

There isn’t a lot of details other than Sony is developing two separate sensors that could support 8K. The two sensors would be for the next generation full frame Sony A7RIV, which will be a 60mp mirrorless sensor, and then a 36MP sensor which will be for the Sony A7SIII and A9II respectively. Additionally, Sony will also be developing these two chips for their competitive customers, presumably for a next generation Panasonic GH6. 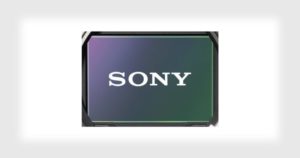 Both sensors could record at a resolution of 7680×4320, with full pixel readout, however, since Sony uses a technique called Pixel Binning, that could also be how the A7RIV will reach the 8K threshold. The A7RIII manages 4K from a 6K image sensor through that technique.

There’s also talk of a new so-called “Dual gain ADC” mode, which promises to improve dynamic range of the A7RIV by as much as two stops, but when deployed, the camera performance gets cut in half.  And another new technique called “digital overlap HDR“, which brackets by shooting two frames simultaneously. This feature will be available in sensors with 3.76um pixel size.

Moreover, the new 36p sensor for the A7SIII and A9II will record 16 bit in a 3:2 aspect ratio, which leads many to conclude that Sony will market those lower end cameras to still image users, with video being a secondary feature. But it could also record in a wider, letterbox’ed aspect ratio of 16:9, which would give it a resolution just under the 8K threshold.

Meanwhile, on paper, Sony’s new 60MP image sensor could possibly shoot 16bit Raw 8K. Sony may drop the color science down to 12 bit or even 10 bit to achieve higher frame rates, including 60 frames per second in 8K and 4I, and then 1080p at a blazing 300 fps.

Either way, it’s a pretty great rumor, and with prices of 8K TVs dropping even quicker than 4K has, and 1080p before that, camera makers are already looking over the horizon to an 8K world. But I wouldn’t hold my breath in seeing an 8K camera any sooner than 2020.

Canon Announcement on September 5 Could Be Mirrorless Camera (Update #2)

UPDATE #2: Canon is planning an official announcement on September 5, 2018 (EST). Could this be their new Full Frame Mirrorless camera? Canon Rumors has reversed itself, based on talks with their insider sources, and now thing […]

The next model in the new NVIDIA Turing line of Titan graphics cards is the Titan RTX, and with over 130 teraflops of performance and 11 GigaRays of ray-tracing performance. That makes the Titan RTX […]

By James DeRuvo (doddleNEWS) I don’t know about you. But I love it when a filmmaker experiments and makes his own stuff. Whether it’s building your own lens, like the “crapinon,” or just about any […]