In our previous lesson of learning BlackMagic Design’s DaVinci Resolve, we talked about the new Cut Panel inside of DaVinci Resolve 16, and how you can use it exponentially speed up your editing workflow.  In this lesson, I want to show you another new feature of Resolve 16, and that is the new Adjustment Clip “effect”, and how it functions differently than any adjustment layer you might be accustomed to, in an application like After Effects.

BlackMagic Design has taken things with Resolve 16 in a very interesting direction, taking concepts from other applications (Cut Panel from FCPX’s Magnetic Timeline), and adding their own spin on it.  Well, Adjustment clips in Resolve 16 are no different.  What an adjustment layer is in an application like After Effects is a layer you place over other layers, and when you add effects to the Adjustment Layer, it trickles down to the layers below it.  Well, the concept work similar here, but with one very big difference.  Let me show you.  As you can see from the image below, I have a Picture in Picture effect that I created. 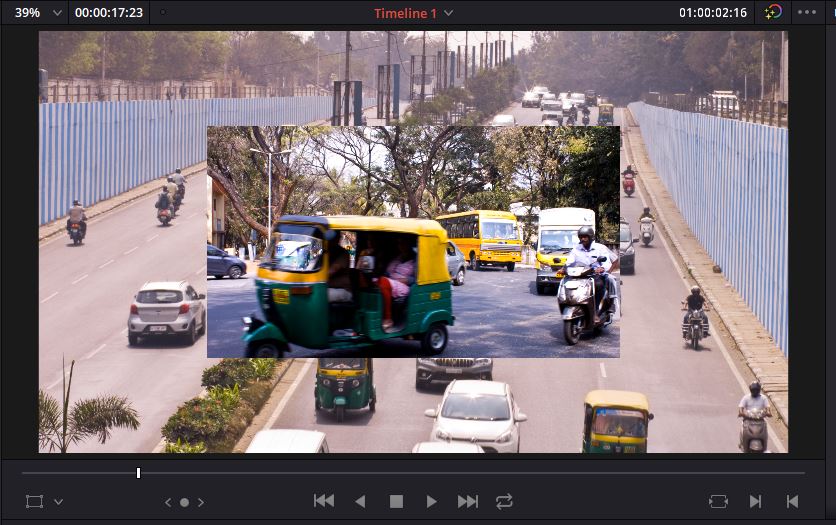 I’d like to add a blur to the entire shot, so instead of applying the blur to each element, I’m going to grab the Adjustment Clip effect in the Effects Library>Toolbox>Effects and drag it onto a layer above the P-I-P effect that I created in my timeline. 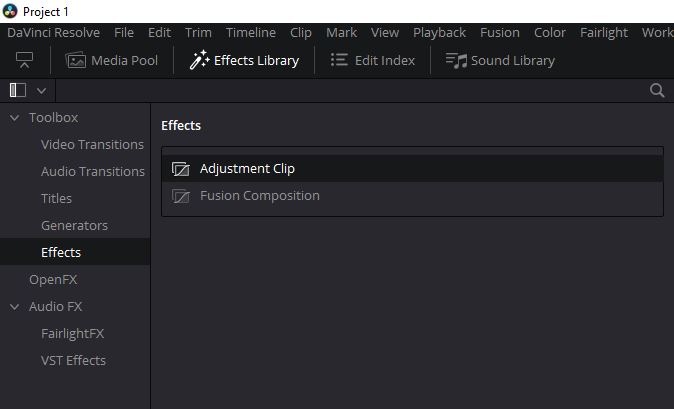 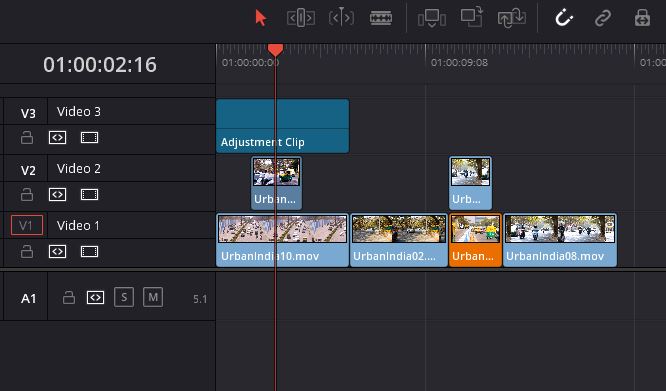 Now, all we have to do is to add a blur effect, and that blur will trickle down to the shots below, and blur the entire P-I-P effect, in one simple step.  Now, that’s great and all, but After Effects can do that as well, and all this does is add the same functionality, no?  Yes, but it takes things one step further as well.  Not only does the Adjustment clip trickle down effects, it also acts as a Parent layer, and if you make adjustments to any of the clip-based parameters like Scale, Rotation, etc, that will trickle down to the child layers below.

Check out our entire catalog of tutorials for DaVinci Resolve here.

By Kevin P McAuliffe I’ve worked on many types of projects in my career, and the hardest ones are always the longer format documentary or interview pieces.  Not necessarily because they are complex to edit, […]

Thanks to automation and the evolution of the desktop computer, Visual Effects stands on a fluid foundation since the crisis of just a few years ago. You wouldn’t think so because of multi million dollar […]

Guest post by James Duke I work on travel films/videos targeted to on-line viewing. This particular form, with its landscape and architectural shots, can benefit greatly from HDR technology. I have to add that my […]