UPDATE: Comcast has tendered a mammoth $67 Billion cash offer to the board of Twenty First Century Fox, which would include absorbing $13 billion in Fox Debt, and agreement to pay at least $4 billion in fees if the deal doesn’t gain regulatory approval. This is superior to the $52 billion stock offer of Disney. With a judge recently approving the AT&T/Time Warner merger, could this merger go faster than expected? And what will be the Mouse House reply?

The Disney Fox merger may have some trouble as rival Comcast is preparing an all cash bid to steal Fox away. And not only could it derail future emerging plans for the MCU, but it could cost the Mouse House a boatload.

In view of the recent filings with the U.S. Securities and Exchange Commissionby The Walt Disney Company (“Disney”) and Twenty-First Century Fox, Inc.(“Fox”) in preparation for their upcoming shareholder meetings to consider the acquisition of Fox by Disney, Comcast Corporation (“Comcast”) confirms that it is considering, and is in advanced stages of preparing, an offer for the businesses that Fox has agreed to sell to Disney (which do not include the Fox News Channel, Fox Business Network, Fox Broadcasting Company and certain other assets). Any offer for Fox would be all-cash and at a premium to the value of the current all-share offer from Disney. – Comcast Press Release

Nerdist News is reporting that while the current $52.4 Billion stock transaction deal is still working on the table between Disney and Fox, Comcast is getting ready to lay down an insane $60 billion CASH bid that could be way too tempting for Fox shareholders, and 21st Century Fox Corp. to ignore.

Both studios would face severe scrutiny from federal regulators, to be sure, as either rival studio would have cornered a huge stake in both motion picture and streaming video markets. And if Comcast does indeed drop the cash onto the table and say “take it or leave it,” Disney has to make a choice: up the ante, or pay Fox a $4 Billion termination fee.

Is Comcast doing this in an attempt to push Disney to open up it’s war chest and spend more? Or do they really want to get ahold of the Fox film catalog? Imagine it. If Comcast grabs Fox, then they would have control not only have the original Star Wars, known as Episode IV A New Hope, but also Marvel tent poles that include The X-Men, Deadpool, and the Fantastic Four.

Maybe Comcast/Universal wants in on the MCU, feeling left out from seeing Sony get all the love with Spider-Man joining the Avengers. Maybe they want to prevent the Marvel Catalog from being whole again and to bring those characters into the Universal cavalcade.

Frankly, I don’t think there will any impact on the Star Wars universe. It would be more or less full steam ahead. But it would suck if ANH could return to the Lucasfilm/Disney distribution fold. 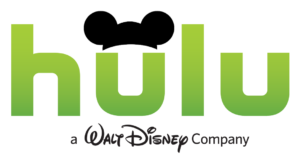 I think this is actually more about streaming video rights. With the deal, Comcast could get control of Hulu, which they have been a silent partner in. Fox owns 30% of the streaming service, so Comcast could take control of that, becoming a serious rival to Disney’s three tiered streaming service.  Or maybe Comcast just wants to stick it to Disney by making them overpay for the studio or drop a cool $4 Billion for pulling out.

Disney and Comcast could strike a deal that Disney gets Fox and Comcast gets Hulu. Disney’s cache in streaming wouldn’t be damaged if they lost Hulu at all. From what I can see, it would just be where the Fox Catalog would live. Disney could easily fix that problem with a fourth streaming subscription, or simply absorb it into their existing plans.

Either way, fans of the MCU could be in for a huge disappointment of seeing Deadpool and the X-Men join up with other Marvel Characters in Phase V, and instead, be a rival universe for their dollars. And that would really suck.

On the other hand, the Feds could tell both studios NO. Either way, we’re about to see the Disney/Universal rivalry heat up to Civil-War like intensity.