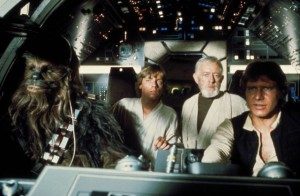 The clock is ticking for the launch of Disney’s upcoming streaming services, but the cornerstone of their service may have to sit things out for awhile. According to a recent report, Disney doesn’t have the rights to stream the original and prequel trilogies. Turner does. And they’re not going to give it up without a huge check.

Eager to start the revenue flow after laying out over $4 billion for Lucasfilm, Disney sold off broadcast and streaming video rights to Turner Broadcasting, a subsidiary of AT&T. The $275 million dollar broadcast deal gave Turner the exclusive rights to show the original and prequel trilogies on TNT, TBS, and online through 2024.  Turner also had the option to show the anthology and new trilogy films as they become available.

To that end, if Disney wants to launch a new Star Wars channel, it will either have to go without it’s major franchise films, or it will have to get out it’s checkbook, and Turner may not make it cheap. “Sources say that Turner would want both “financial considerations and programming” to cover their losses from no longer having the rights,” states a report by ScienceFiction.com.

Moreover, with the upcoming $71 Billion Disney-Fox deal, there have been no further talks about acquiring the rights back from Turner. Consequently, the Mouse House may just be content to wait until 2024 to get their streaming rights back.

This may be why Disney has been spending most of it’s hype time at the moment, focusing on a new series by Jon Favreau, the return for the final season of Star Wars: Clone Wars, and the upcoming new animated series Star Wars: Resistance. They can control the streaming for those. Plus, there’s Episode IX, any developing Anthology films, including ObiWan Kenobi (it’s not dead yet), the Rian Johnson Trilogy, and the new trilogy by Game of Thrones series creators David Benioff and DB Weiss.

Clearly there’s plenty of content coming down the pipe.  But when you’re having a launch party, it would just be odd not to have the original trilogy there, especially since Disney is finally going to bring Episode IV: A New Hope back into the family. I’m betting that sooner or later, the Mouse House will just write a check and be done with it. All that’s left is to agree on how much. As for any “programming considerations,” well, there’s a lot in the Disney catalog to offer.

“I would make it tomorrow.  Finding the right script is hard. It was brutal for the first two. It’s still gonna be brutal for the third. But I don’t think Disney wants to make it. And I think they have other things they wanna make more.” – Jon Turtletaub, on National Treasure 3 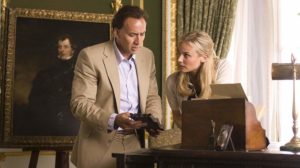 Speaking of what’s in the Disney catalog and the Disney streaming networks, National Treasure director Jon Turtletaub said last week that there’s some much content on Disney’s schedule at the moment, that the Mouse House isn’t really eager to bankroll a third chapter of the Nick Cage treasure hunting mystery series. But according to SyFyWire, the Disney Streaming Network may be looking to bring the film series online. “The fact is it’ll probably be made as a streaming film. Which is great for some people and not great for others,” Turtletaub told /Film while promoting his new shark infested adventure The Meg.

I think what Turtletaub is saying, is that for many of the cast, and himself, going online with chapter 3 would be somewhat of a downgrade, kinda like doing a straight to video release in the 90s.  I think that if you look at the films he’s been making lately, Cage would probably be up for it, but Turtltaub? Probably not. He’s at the zenith of his career. And getting love interest Diane Kruger to go streaming may be a tough one. As for Justin Bartha, what else has he really done other than Riley Poole and a lot of TV?

I’d watch it though. If the story was good. But being a streaming film, the budget would make it next to impossible to keep the same vibe.

UPDATE: According to Disney owned ABC News, Lucasfilm is denying reports that stand alone chapters of the Star Wars saga have been put on hold, saying any reports of the demise of the Star Wars […]