UPDATE: The last hurdle for the Walt Disney Company’s acquisition of 21st Century Fox has been cleared, as both boards of Disney and Fox voted this week to approve the $70.4 billion acquisition of the Fox movie and TV studios and a 30 percent stake in streaming Hulu. The result will be the largest studio in the world, accounting for nearly half the box office revenue to date in 2018. All that is really left to do is for Disney to sell off the Fox Regional Sports Networks as per a directive by the Department of Justice.  Hat Tip – USA Today.

The US Justice Department gave formal approval for the Walt Disney Company to buy the entertainment assets of 21st Century Fox at the current rate of $71.3 Billion. But there’s a catch. 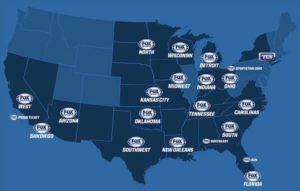 “American consumers have benefitted from head-to-head competition between Disney and Fox’s cable sports programming that ultimately has prevented cable television subscription prices from rising even higher,” said Assistant Attorney General Makan Delrahim of the Justice Department’s Antitrust Division. “Today’s settlement will ensure that sports programming competition is preserved in the local markets where Disney and Fox compete for cable and satellite distribution.”

The DOJ determined that removing these networks from the overall acquisition through divestment to an “acceptable buyer” would resolve objections raised in several antitrust lawsuits that said the Disney/Fox deal would cause “competitive harm.” In their opinion, the DOJ wrote that owning the 22 regional networks that are carried on local cable carriers, would create the likely result of raising prices of sports cable packages for multi channel video distributors, which, in turn, would raise television subscription prices to the consumer in the process.

Disney, which owns three ESPN sports networks, moved quickly to accept the provision, and has 90 days to find a buyer of all 22 designated networks, otherwise the court will appoint a trustee to manage the sale for them. It’ll be a tall order, as three months isn’t a long time to handle one sale of a television network, much less 22, but one can imagine that Disney executives saw such a provision coming, and probably have had preliminary talks with interested parties in an effort to hit the ground running once the regulatory hurdles had been cleared.

So that leaves one final step, and that’s approval of the board of 21st Century Fox, which is also evaluating the competing $65 Billion all cash big by Comcast. The $71.8 Billion Disney deal is a stock swap, plus the acquisition of nearly $14 billion in Fox debt. But that hurdle has a serious advocate in Fox itself, as the company has reported to the board that accepting the Comcast bid would be “riskier.” In a filing with the SEC, the Fox opinion states: “While a potential Disney transaction was likely to receive required regulatory approvals and ultimately be consummated, a strategic transaction with Comcast continued to carry higher regulatory risk leading to the possibility of significant delay in the receipt of merger consideration as well as the risk of an inability to consummate the transactions.”

But analysts have stated that Comcast would also have to spin off the same regional sports networks, as their NBCSports cable networks represent a similar issue for regulation. In the end, it really comes down to what is a better fit, Disney or Comcast?

Disney to Sell SkyTV Shares to Comcast for $15 Billion

In what could be the final chapter in the long running bidding war between Comcast and 21st Century Fox, last week, Comcast quietly bought the UK’s SkyTV for $39 billion. But that didn’t include the […]