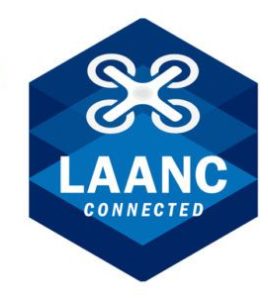 It looks like the FAA is farming out some of its authority over no-fly zones, by outsourcing to DJI to clear professional pilots to fly their drones within controlled airspace.  Though the Low Altitude Authorization and Notification Capability program, DJI will now be able to clear those drone flights in areas surrounding 500 airports around the country. Sorry though, recreational drone geeks, this is for professional drone pilots only.

Before LAANC, using drones for productive work near many airports required detailed applications and up to months of waiting, even when the benefits were clear and safety was prioritized. Now, LAANC allows easy drone use in more than 2,000 square miles near airports, including many populated areas that can benefit tremendously from drone operations – Brandon Montellato, DJI Program Manager – Enterprise Solutions

“The LAANC system is a testament to the FAA’s global leadership in integrating drones into the airspace safely and efficiently, including in areas that are close to airports, using a technology solution that reflects the fast-paced development of the drone industry.” – Brendan Schulman, DJI Vice President of Policy & Legal Affairs

Under the FAAs Part 107 small drones rule, pilots or operators planning to fly in controlled airspace under 400 ft. must receive an airspace authorization from the FAA to operate, a request that could require months to process. Under LAANC, the application is streamlined, giving greater flexibility in operational planning thanks to near real time authorization.

Through LAANC pilots and drone companies have been able to: 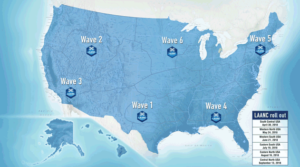 The program has been operating as a gradually rolled out program since April, and now the entire country operates under authorized LAANC services. The LAANC specification carves out a designated area within controlled airspace that the FAA deems safe for authorized low altitude operations of drones with temporary flight windows, and at pre-approved altitudes.

We don’t know how DJI plans to implement LAANC authorization in a “near real time” fashion, but according to a video on the FAA website, DJI and other companies have developed LAANC specified apps that will enable commercial pilots to apply directly. DJI hasn’t rolled out their app just yet, but says details are forthcoming.

Moreover, DJI isn’t the only drone company to receive FAA authorization to grant LAANC status.  The FAA has listed the following companies who have entered into agreement to provide LAANC Servicing:

To learn more about the LAANC program, visit the FAA’s website here. More details through DJI can be found here.

by Larry Jordan Nothing has revolutionized filming quite like drones. They enable us to get shots that were often impossible before, even with helicopters. Tonight, we talk with drone manufacturers, pilots, trainers and stock footage […]

By James DeRuvo (doddleNEWS) Day One  of NAB 2018 was getting our feet wet and going to the Blackmagic press conference, before roaming the South and Central Halls. While “mowing the lawn,” I came across […]