UPDATE: The CAA Safety notice has been updated and has also also been issued by the FAA here in the US. It has added the DJI Inspire 2 drone, since it uses the same TB50 and TB55 batteries to power its flight as the Matrice 200.

Additionally, the culprit has been narrowed down to the batteries themselves, which have been showing incorrect power levels, which causes the loss of power in mid-flight. The FAA/CAA and DJI recommend grounding your Inspire 2 and Matrice until you’ve updated your firmware. It is also recommended that pilots check their battery voltage levels before and during flight by monitoring the battery submenu in the DJI app to insure the battery is above 3.7v during flight.

DJI is investigating reports that a small number of Matrice 200 drones in the United Kingdom have lost power in flight and fallen to the ground. You can imagine that this can be a frightening issue, but while many want to compare this issue to that of GoPro’s Karma drone, that prompted a full recall, this particular issue is extremely limited and it is not yet known yet what caused it.

DJI is aware of a small number of reports involving drones in the Matrice 200 series that have lost power mid-flight. Flight safety and product reliability are top priorities. Our engineers are thoroughly reviewing each customer case and working to address this matter urgently.  – DJI Statement on M200 Powerloss

The story is based on a safety notice put out by the UK Civil Aviation Authority, which stated that there an in flight incident reported by the UK West Midlands Police, which operates a Matrice 200 drone as part of their daily operations. The drone suffered a complete loss of power during flight, in spite of sufficient battery time remaining.  And while the West Midlands drone suffered significant damage upon impact, the CAA has not received any reports of injuries to anyone on the ground, or additional damage to any property.

As a precaution, the UK police has grounded some of their Matrice drones as a precaution. Other police agencies have followed suit, grounding their drones until further notice. But they also state that the issue is only limited to the Matrice 200 model, and doesn’t affect any other DJI model that is in their inventory.

West Midlands operates a single Matrice 200 drone, but DJI states that there is a “small number” of power loss incidents that they are investigating. In the meantime, the company recommends that users of the Matrice 200 update both their drone and drone battery firmware using the DJI Assistant 2 software.

“When prompted on the DJI Pilot App, we recommend all customers to connect to the internet on the app or DJI Assistant 2 and update the firmware for their aircraft and all batteries to ensure a safe flight with their drone,” DJI states. Instructions on updating firmware can be found here.

The CAA notice also goes on to state that when updating the TB50 and TB55 batteries, that they must be done in pairs. So if the user has 10 batteries, the update will need to be performed five times, plugging the batteries into the Matrice 200 drone and performing the update through the DJI Assistant 2 app each time.

The CAA notice also states that after updating, a flight test should be performed in sterile conditions, and not over any person or property for every pair of batteries in your inventory to insure proper drone power performance before resuming flight operations.

Now some are comparing this issue to that of GoPro’s Karma drone, which had a similar power outage issue back in 2016. In that case, GoPro opted to recall all Karma drones and give users a full refund (plus a free GoPro Hero camera as an apology). Ultimately, it was determined that a small number of Karma drones had a faulty battery clasp mechanism, which was redesigned and the drone was reintroduced. But by then the damage was done and GoPro ultimately killed the Karma drone altogether. 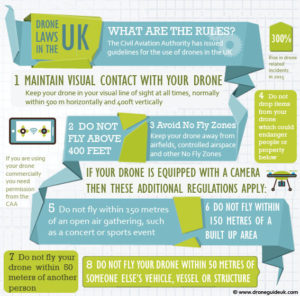 But in this case, I think it’s premature to even suggest that DJI’s Matrice 200 has a similar problem as the Karma. In fact, the only trait their share at the moment is a loss of power.

So while it’s tempting to play speculation, and it could easily be user error in installing batteries that are improperly seated, it’s a good idea to just let DJI and the CAA do their investigating and make recommendations on how to best solve whatever problem is discovered. Being sensationalistic with headlines does nobody any good.

Meanwhile, users are advised to update their firmware and verify that their batteries are properly “seated” on installation. And remember the flight operation rules in your country, which generally prohibit flying over people, vehicles and structures.

You can read the notice below.

This Safety Notice contains recommendations regarding operational safety.
Recipients must ensure that this Notice is copied to all members of their staff who need to take appropriate action or who may have an interest in the information (including any ‘in-house’ or contracted maintenance organisations and relevant outside contractors).

2.2 This Safety Notice applies to operators of multi-rotor small unmanned aircraft utilising DJI battery model TB50 or TB55, including all DJI Matrice 200 series (which includes the 200, 210 and 210 RTK platforms) and the DJI Inspire 2 (the “Affected SUA”).

2.3 A small number of incidents have been recently reported where the aircraft has suffered a complete loss of power during flight, despite indications that there was sufficient battery time still remaining. In each case, this resulted in the aircraft falling directly to the ground due to the immediate loss of lift with the remote pilot unable to control its subsequent flight path. The small unmanned aircraft were damaged upon impact, but the CAA has not received any reports of injuries to people or other property.

2.4 Investigation by the manufacturer has confirmed that this issue is not confined to any specific firmware version and is thought to be related to the batteries TB50 and TB55. The full details of the occurrences are still being investigated.

2.5 The purpose of this Safety Notice is to highlight the requirement for the SUA operator and/or remote pilot to be reasonably satisfied that the flight can be safely made (Air Navigation Order 2016 (ANO) article 94(2)), restrict overflight of persons at any height and to temporarily limit the scope of any operational authorisations issued to operators of the Affected SUA.

3 Compliance/Action to be Taken
3.1 This Safety Notice requires the following actions to be taken:

a) Provisional Suspension of Operations

i) In accordance with Air Navigation Order article 257 and 257(2)(c) operators of Affected SUA are hereby directed not to permit any flight that involves overflight of any persons at any height until further notice.

ii) In accordance with Air Navigation Order article 253, any element of a permission based on an Operational Safety Case (OSC), issued by the CAA to an SUA operator which permits the operation of an Affected SUA to be operated:

is provisionally suspended until further notice.

iii) These limitations will be subject to regular review. As soon as further updates have been obtained from the manufacturer, and the CAA is satisfied that this has been addressed in a satisfactory manner, the CAA will then issue a further update via the SkyWise alerts portal on the CAA website.

i) Due to the unique nature of emergency services operations, the privileges contained within General Exemption E 4506 (ORS4 No. 1233) may continue to be exercised whilst using the Affected SUA, provided that the potential risks highlighted in this Safety Notice have been considered within the decision to proceed and the overflight of uninvolved persons is minimised.

4 Queries
4.1 Any queries or requests for further guidance as a result of this communication should be addressed to the following e-mail address: uavenquiries@caa.co.uk, with the subject line ‘Safety Notice – DJI Battery TB50 and TB55 In-Flight Power Failures’.

5 Cancellation
5.1 This Safety Notice will remain in force until further notice

Yesterday, DJI announced Osmo Pocket, a downscaled Osmo three axis gimbal stabilizer, which adds its own 4K camera, and a huge array of video tools to capture that cinematic moment like a professional.  And since […]

After Cost Cutting and New Products, Things Are Looking Up for GoPro

By James DeRuvo (doddleNEWS) After making a series of cost cutting measures including laying off staff and simplifying their product line, GoPro is finally seeing a return to profitability with a first quarter earnings call that shows […]