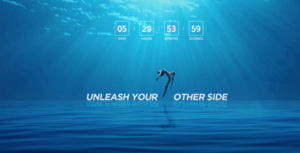 Update 5/9/2019 – DJI has announced an event for May 15, 2019, and rumor has it that the company will announce their GoPro Killer, believed to be called the DJI Osmo Action. The camera is believed to be waterproof out of the box, have two microphones and will be capable of shooting 4k video.  It’ll be based the same 12MP sensor found in the DJI Osmo Pocket.

When I talked to a DJI executive four years ago at NAB, he told me that they were transitioning from a drone company, to a camera company. At the time, I just assumed that meant they would be designing their own drone cameras. But after not only investing in Hasselblad, but developing their own line of gimbals and gimbaled cameras, it’s become clear this isn’t your daddy’s drone company anymore. Moreover, with news of a new action camera coming, I think it’s safe to say that DJI may want to kill GoPro outright. And they just might do it.

I heard some rumors about a new DJI action camera to compete with GoPro.
Technically there is no problems, by repackaging OSMO Pocket with super-wide angle lenses.
True or not?
What about OSMO Pocket if this thing really came out? 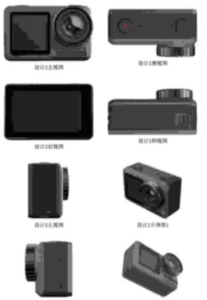 GoPro has argued that thanks to HyperSmooth, their software based stabilization, there’s no need to have an addition gimbal to stabilize the image. It’s a good argument too, since it does a great job providing steady video without the need for any additional equipment. But the Osmo Pocket can claim that ground as well. Moreover, the real benefit of the Osmo Pocket comes in low light, where a mechanical gimbal will do a better job stabilizing than an algorithm.

In spite of Hypersmooth’s advancement in the Hero7, however, GoPro also hasn’t announced a new product in awhile, and are still struggling with cheaper action cameras syphoning off market share. It’s hard to compete with sub $100 prices, even if your camera is superior.  Couple that with the GoPro Fusion‘s lackluster sales performance, and many wonder how long GoPro has left.

Perhaps less time that we think. With rumors that DJI is set to release an action camera of their own, the game may be changing again. According to leaked images on Twitter, it looks like the DJI action camera may be a repackaged Osmo Pocket camera circuitry, built into the iconic action camera shape, but with a more natural looking wide angle lens. Other rumored features include: 4K up to 60 frames per second and 1080p up to 120fps.

But that design would also mean it would come without the three axis gimbal to smooth it out.  That would require DJI to craft their own in camera image stabilization, if they hope to keep pace and eventually supplant the Hero7. Consequently, if DJI does bring the rumored camera out, and they list their camera at an MSRP that is dramatically less than the Hero7s $399 price tag, it could be the coup de grace in what has been a tough few years for GoPro.

DJIs plans would also be a clear attempt at beating GoPro at their own failed game. You may remember back in 201t6, when GoPro challenged DJIs drone dominance with the failed Karma drone. So what could be the endgame? Well, that depends on who wins the war. So far, it’s advantage DJI.

By James DeRuvo (doddleNEWS) While the Freefly MōVI changed the game for shooting with camera movement, it was inevitable that gimbals would get smaller and lighter to the point where a shooter could use a small […]

By James DeRuvo (doddleNEWS) While Transport Canada’s actions last week to loosen interim drone restrictions was met with approval, the draft for more of permanent regulations could be even worse than before, according to DJI. The drone manufacturer says […]