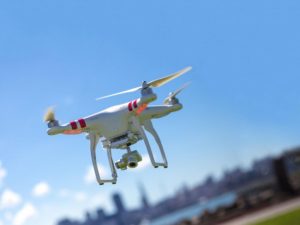 DJI is getting extremely aggressive in making sure that drone owners update their UAVs with the latest firmware. Ordinarily, you’d think it would be a good idea to keep your gear up to date with the latest software, but the you get to the point that the manufacturer is saying update it or else you can’t use it again, that’s a bit extreme isn’t it? Well, that’s the case with the new Spark selfie drone, that DJI says requires the new update or you won’t be able to fly. Period.

“If the firmware of either the aircraft or the battery is not updated by September 1, Spark will not be able to take off. DJI decided on the option of a mandatory firmware update in order to maximize flight safety and product reliability which we consider as top priorities.” – DJI company statement

According to DJI, the mandatory update is designed to “enhance flight and safety performance by improving the battery management system.” In short, that means that DJI has tweaked the power consumption rate of the Spark so that it maximizes every amp coming from its onboard battery. The Spark doesn’t have that great a battery life to begin with, advertised at sixteen minutes. But in reality, it’s been found to be more like ten to twelve.

That’s not a lot of time, and according to some reports, drone pilots have been forgetful of the short flight envelope and have experienced their drone falling out of the sky due to depleting its power. At least operator error was thought to be the main culprit, but in investigating the reports, DJI also found a flaw in the battery power management system which was causing the 25% loss in battery life.

The firmware update is designed to maximize the power flow to the drone and get Spark back up to it’s rated 16 minute flight window.  But do note here, that the firmware update is actually two updates in one, as both the drone, and the battery’s firmware must be updated. So if you have more than one battery, you’ll need to pay attention to that during the update process.

But the real feature that DJI is serious about is the power management fix. In fact, DJI is so passionate about fixing the software glitches, that they’ve engineered the firmware update so that the drones won’t take off without the improved instructions.  That does raise some interesting questions though. How does the drone know not to fly on the old firmware when it could fly the day before without it? That leads me to wonder if as part of DJI’s upload capability through your mobile app, if the drone phones home during every flight and sends telemetry data in order to be cleared for take off. If so, I’m not sure that was advertised as part of it’s feature set and could raise some privacy issues.

Already DJI has had to respond to the US Pentagon issuing an alert to all soldiers to not use DJI products on any missions or sanctioned activities due to it’s upload feature causing security concerns. DJI has moved to update the firmware of all drones to make sure that there is an opt out feature to fly and capture without archiving your footage online. But that may not be enough, if DJI can remotely send a kill command to your drone through your mobile device when you don’t upload a firmware update they decide you need.

Don’t get me wrong, in this instance, I think DJI is right to make sure that all users update their drones to get the new power management workflow. But it does open up some interesting questions about what else the company can do remotely, and if they have the right to ground your drone unless you comply.

Spark owners have until September 1st to update.

By James DeRuvo (doddleNEWS) While the Freefly MōVI changed the game for shooting with camera movement, it was inevitable that gimbals would get smaller and lighter to the point where a shooter could use a small […]

by Larry Jordan Nothing has revolutionized filming quite like drones. They enable us to get shots that were often impossible before, even with helicopters. Tonight, we talk with drone manufacturers, pilots, trainers and stock footage […]