This week we get a good long look at the upcoming DC Comic film Aquaman. There’s also word on how involved Peter Jackson is with the Lord of the Rings television series, Kraven the Hunter might feature Spider-Man, and if you wanted more Sir Patrick Stewart as Jean-Luc Picard in a Star Trek spin-off then you are in luck! Let’s kick it all off with that extended look at Aquaman.

Ever since Christopher Nolan hung up the cowl with The Dark Knight Rises, the only good DC film has been Wonder Woman. All of the other efforts of creating a unified universe has failed critically and sometimes financially as was the case with Justice League. But there’s no stopping the films that were already in production and Aquaman was too far along to pull the plug. Warner Bros. has released a new extended look at the film which you can see here and below.

This film looks like it’s following Wonder Woman’s footsteps and trying to do it’s own thing. Jason Momoa as Arthur Curry was an inspired choice and this film looks completely insane in the best possible ways. There’s not a single shred of dark and brooding anywhere here and director James Wan seems far more interested in cranking the outlandish elements of Aquaman to the limit. It also looks like Wan also took a page from Marvel and instead of making a superhero movie, he blended other genres into a superhero film. In this case you can see a ton of Romancing the Stone, Indiana Jones, and Star Wars in the mix. Let’s hope the film is as good as this extended trailer makes it out to be. 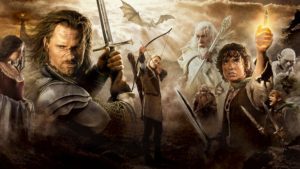 There’s been a bit of back and forth as to whether Lord of the Rings and The Hobbit director Peter Jackson would be involved in the upcoming television series. In an interview with ComicBook.com, Jackson has revealed that he won’t be.

Jackson also says he’s not protective of the franchise so series co-creators JD Payne and Patrick McKay won’t have to worry too much. There’s no official word on what the series will be about outside of it being a prequel, but it’s heavily rumored the series will focus on a young Aragorn. 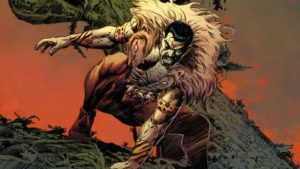 Kraven the Hunter May Feature Spider-Man

Spider-Man is currently on loan to Marvel Studios but it seems they won’t have exclusive use of the character. Kraven the Hunter screenwriter Richard Wenk spoke with Discussing Film and revealed that Spider-Man may have a part to play in the film. Here’s what he said:

It’s an interesting world, a great character… it’s in the Spider-Man universe. I’m going to adhere very closely to the lore of Kraven the Hunter, and he’s going to come face-to-face with Spider-Man. I think that where we’re all circling is that this is Kraven’s Last Hunt, and whether this is the precursor to that movie, whether it will include it, we’re talking about those things. And even the idea that maybe Kraven could be like Kill Bill, basically a two-part movie. It’s all in the mix.

He sounds a bit non-committal about the whole thing and that’s probably with good reason. The obvious one is that Tom Holland is playing the character in the Marvel Cinematic Universe. However, we have heard that the deal only extends to the second film Spider-Man: Far From Home so that could lead to Holland being brought into the Spider-Verse that Sony is building. Or they could simply recast the role along the same lines as Warner Bros. has with Jared Leto and Joaquin Phoenix both playing the Joker in separate movies. 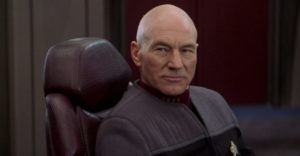 I can be very critical of the people in charge of the Star Trek franchise right now. But one thing I have to say is that one of their smartest ideas was to create a Jean-Luc Picard series with the role being reprised by Sir Patrick Stewart. Very little was known other than it would probably be a limited series, however, TrekMovie.com is reporting that is incorrect. At the New York Comic Con executive producers Alex Kurtzman and Heather Kadin revealed that they are planning an ongoing series with multiple seasons.

They’re still very mum on the series plot stating they’re only four weeks in but they also added that this series will not “mesh” with Star Trek: Discovery and “will be its own thing”. They plan to start shooting in April 2019 but no release date was given. I’m still hoping we’ll get cameos from other Star Trek: The Next Generation alumni since the cast remains good friends with each other. And, hey, what’s John de Lancie doing right now? It sounds criminal not to do an episode that features Q.

Of all of the news this week, the one thing I keep wanting to hear is that an Aragorn lead Rings series was untrue and that they are actually developing The Silmarillion, as epic as Lord of the Rings but set so far in the past that it gets to be its own thing. It’s no where near as famous and probably not something to bank a billion dollars on (like Amazon is doing) but its what I would like to see as a fan.

By Danny F. Santos (doddleNEWS) This week we’ve learned that Will Smith won’t be playing Deadshot in The Suicide Squad, but another actor has been approached to take over the role. Also, we have some […]

By Danny F. Santos (doddleNEWS) Space, the final frontier. This weeks Doddle Digest is all about franchises that do a bit of planet hopping. News from Star Wars and Star Trek— two of the biggest […]