This week’s news is all about TV series going to film and films going to television. On the TV to film front, both Breaking Bad and The Walking Dead will be making some films. On the reverse side, Marvel Studios president Kevin Feige talks about the Marvel Studios television on Disney’s streaming service and an Explorers television series is in the works. First up, the news I’m most excited about! 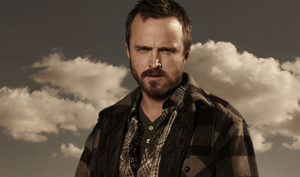 Breaking Bad was one of the best television series of all time. Beautifully shot, wonderfully acted, and the attention to detail was exquisite. Slash Film is reporting that a sequel film is now in the works starring Aaron Paul. Yes, it will be a sequel that will continue Jesse’s story after he was last scene speeding away from Nazis.

The big question is whether Bryan Cranston will be back to play the infamous role of Walter White. In an interview on the Dan Patrick Show he said he did not know. Here’s what he told the outlet.

It would be difficult for the character to show up in a sequel considering it was heavily implied he was dying of a gunshot wound. However, we didn’t actually see him throw off his mortal coil so there is some leeway. That doesn’t preclude him from showing up in flashbacks either and I can’t see this movie going forward without Cranston in one form or another. 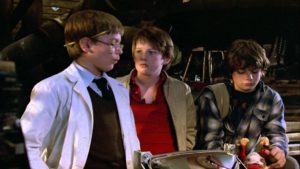 Do you remember the movie Explorers? Starring a young River Phoenix and Ethan Hawke, it bombed at the box-office in the 80s but has since gained a cult following. Seems like that cult following might bring it back from the dead.

According to Deadline, Cary Fukunaga and David Lowery are developing a television series based on the film for Paramount Television with one of them directing the pilot. Not much is known about it other than it’s a modern take based on the original premise of a few kids who build a spaceship from spare parts based on the vivid dreams of one of the kids. 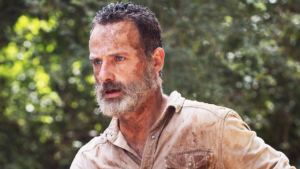 Walking Dead Films in the Works

For months we’ve heard that The Walking Dead series lead Andrew Lincoln would be leaving the series this year. When his time came to bow out, fans of the series were surprised to find out that the character actually survived. Soon after we learned that AMC still has plans for Lincoln and his character Rick Grimes planning out three films starring the character. Showrunner Scott M. Gimple gave some further details while speaking with Entertainment Weekly:

It is really important for the audience to know that we are going to be continuing to tell the story of Rick Grimes in these AMC Studios original films. We don’t want this thing to be like, “Oh, well, he’ll be back on the show any moment now.” We are telling Rick’s story in another medium, and it’s going to be these AMC Studios original films. They’re going to be on AMC, most probably. They’re centered around Rick Grimes. We’re going to tell the story of what happens after that helicopter flight, and these are going to be big, epic entertainments. Each are quality films. That’s what’s been happening in the industry. We’ve seen Netflix make these, basically, studio films for people to watch in their homes, and we’re going to be doing the same sort of thing here.

Personally, I haven’t watched this series in years and— frankly— I have no idea why it’s still popular. I know that the ratings have been slipping this season so I wonder if the franchise has lost its lustre. Could this revive ratings and the prestige of the series? I guess we’ll find out.

One of the more interesting stories that has been developing has to do with Disney’s streaming service that had been announced. Not only will it premier the first live action Star Wars television series The Mandalorian, but also feature some Marvel Studios limited television series starring actors from the films.

Both a Loki and Scarlet Witch series were rumored followed by news of a series centered around Falcon and the Winter Soldier. Marvel Studios president Kevin Feige spoke with The Hollywood Reporter during a roundtable discussion about bringing the characters to the small screen. Here’s what he told the outlet.

Well, it’s not a hundred percent complete yet, so there’s only so much I’m allowed to say, or so much they even tell me. But Paul [Greengrass] mentioned the streaming service, and I think that is something that we’re going to be adding content to, which is exciting. I love your analogy with the campfire, right? As many people as you can get around the campfire and tell stories. Campfires can be different: We are going to tell stories for the streaming service that we wouldn’t be able to tell in a theatrical experience — a longer-form narrative, that’s what comics are, it’s about as longform a narrative as exists. But also maintaining that theatrical experience, which is our bread and butter, and the lines around the block, if you’re lucky.

I’ve given this a lot of thought, after The Defenders I haven’t watched any of the Marvel Television series on Netflix. Something about only releasing a few films a year creates enough of a demand for more. I do wonder if creating longform content will saturate the market.

Minus Explorers being turned into a TV series, each of these stories is basically about expanding what the franchises are currently doing. As much as I may be excited by them, I do wonder where the interesting original content is.

By Danny F. Santos (doddleNEWS) Some interesting developments regarding Avengers 4 have popped up online, namely, that Chris Evans is not quite done playing Captain America. But all is not well in the MCU as […]