Some interesting developments regarding Avengers 4 have popped up online, namely, that Chris Evans is not quite done playing Captain America. But all is not well in the MCU as Netflix has officially cancelled Daredevil. On the other end of the spectrum, Blade Runner which is more of a cultural success than a financial one, still has life in it as a franchise with an anime announced. Finally director Cary Fukunaga talks Bond 25 and how he is approaching the character for Daniel Craig’s final bow as the character. 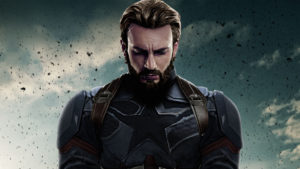 Chris Evans Not Done Yet as Captain America

For a long while now, Chris Evans has been hinting that his days as Captain America are numbered. He recently tweeted an emotional farewell after wrapping up Avengers 4 which many people speculated meant the actor was done as the character. However, speaking with the Associated Press, Avengers 4 co-director Joe Russo commented on the tweet and added a cryptic wrinkle. Here’s what he told the outlet:

I think it was more emotional for him than it was us because he’s not done yet. I won’t explain what that means but fans will soon understand what I’m talking about.

The most obvious possibility of what this could mean is that there will be a Captain America 4. But if we go by what Marvel has done with Robert Downey Jr. and Iron Man, I posit a different theory: Evans will probably play a supporting role in one or more upcoming Marvel film. Sort of how Iron Man was in Spider-Man: Homecoming, Hulk in Thor: Ragnarok, and even Black Widow in Captain America: Winter Soldier. Honestly, I wouldn’t be surprised if Evans shows up in the standalone Black Widow movie.

What is increasingly becoming clear is that Netflix is killing off its corner of the Marvel Cinematic Universe. First, both Iron Fist and Luke Cage were cancelled and now the series that kicked off the Disney/Netflix partnership has just gotten the axe. Deadline is reporting Daredevil has been cancelled with this statement from the streaming giant.

Marvel’s Daredevil will not return for a fourth season on Netflix. We are tremendously proud of the show’s last and final season and although it’s painful for the fans, we feel it best to close this chapter on a high note….We’re thankful to our partners at Marvel, showrunner Erik Oleson, the show’s writers, stellar crew and incredible cast including Charlie Cox as Daredevil himself, and we’re grateful to the fans who have supported the show over the years.

While the series on Netflix has ended, the three existing seasons will remain on the service for years to come, while the Daredevil character will live on in future projects for Marvel.

That final bit is surprising and makes you wonder exactly what Marvel has planned for the character. Are they going to recast the role and sweep the Netflix series under the rug or will they just move the series to their upcoming streaming service Disney+? I think that’s very unlikely as Disney wants to keep that service family friendly but with the Fox acquisition, Disney is the major shareholder of Hulu which would be a far better home for the more adult series. If the house of mouse doesn’t recast I can see Daredevil and even Luke Cage and Iron Fist ending up on that streaming service. The only thing that is certain is the next seasons of Jessica Jones and The Punisher will be their last on Netflix. 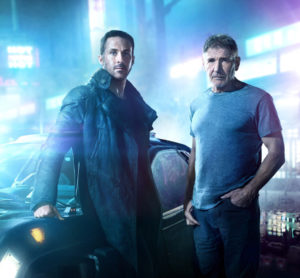 Blade Runner Anime in the Works

We’ve heard rumors of a live action Blade Runner tv series but Adult Swim, along with Crunchyroll, have announced a new anime based titled Blade Runner: Black Lotus. Not much is known about the plot of the series except what Crunchyroll has announced:

While BLADE RUNNER – BLACK LOTUS’ plot is being kept under wraps for now, producers have confirmed the story will take place in the year 2032 and will include some familiar characters from the BLADE RUNNER universe.

The studio has announced 13 half-hour episodes which will be directed by Shinji Aramaki (Appleseed) and Kenji Kamiyama (Ghost in the Shell: Standalone Complex). Shinichiro Watanabe, who directed the Blade Runner: Black Out 2022 short film, is aboard as a creative producer which makes me think this new series might have a lot tied into that story. 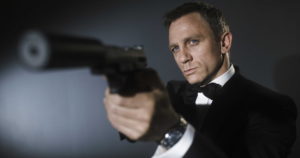 One of the things that I’ve seriously loved about the Daniel Craig 007 films is they’ve crafted a serialized story where the character grows into the James Bond we all know and love. Bond 25 will almost certainly be Craig’s final appearance as the secret agent which means we could give him something no other James Bond has ever had: an ending. Cary Joji Fukunaga was hired to direct the twenty-fifth official James Bond movie after Danny Boyle left the project and it seems like he’s toying around with the idea as well. Here’s what he told Inquirer.net:

In terms of what I can bring to change the character, Bond is on a character arc that started with ‘Casino Royale,’ and I will be carrying that on. There will be changes, I am sure. As in any story, a character has to change in order [to have] a narrative.

Fukunaga also tackled the rumors that Blofeld (Christoph Waltz) and Q (Ben Whishaw) will not appear in the next movie:

Who is saying those rumors? We haven’t finished the screenplay, so there is no way that anyone could know that. Those are two extraordinary actors, so if there is space for them in the story, I would absolutely want them there. But I don’t know yet what it’s going to be.

I really think that we should have Waltz back as Blofeld since Spectre left a little to be desired. It feels like we still need a final showdown between these two with Spectre acting as a build-up for Blofeld’s character. This not only wraps up the character arc for Bond but the Spectre story arc that was first hinted at in Casino Royale as well.

By Danny F. Santos (doddleNEWS) Loads of Marvel and Star Wars news but you have no interest in my preamble. Go directly to watching the Avengers 4 trailer! Marvel Avengers 4 Trailer Marvel knows how […]

By James DeRuvo (doddleNEWS) Are we about to see a new battle for an interstellar Iron Throne? That’s the news out of Lucasfilm as Game of Thrones creators David Benioff and DB Weiss have been […]