This week we get an interesting gradient of news that goes from Fox to Disney. Considering the House of Mouse is expected to close a deal that will acquire 20th Century Fox this month, it’s a pretty good structure for this week’s digest! We have everything from Deadpool, to when we can expect to see X-Men and Fantastic Four in the MCU, and Carrie Fisher’s brother talks about the late actress’ appearance in Star Wars: Episode IX. 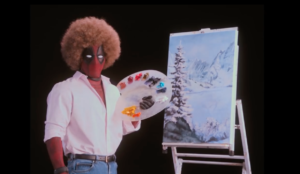 Some interesting news has developed on the Deadpool front. Donald Glover was unsuccessful in getting an animated series off the ground but according to Deadpool creator Rob Liefeld, there might be another cartoon series brewing. Here’s what he said Nerdist a Marvel executive told him:

Don’t worry, Robert, we’re going to give you a Deadpool cartoon.

Liefeld says he doesn’t have any insider information so we probably know as much as he does. I do wonder if Marvel Studios is planning something now that Disney will own Deadpool when the Fox acquisition goes through. 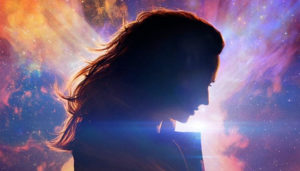 Speaking of Fox’s acquisition, Marvel Studio president Kevin Feige spoke with Variety’s Playback with Kris Tapley about bringing the X-Men and Fantastic Four properties into the MCU. The bad news is that there is no firm plans yet but the good news is that Marvel will start looking into it very soon. Here’s what he told the podcast (via ScienceFiction.com):

No, [we have] not yet [made plans], but we’ve been told it’s looking very, very good and could happen in the first six months of next year … The notion of the characters that had previously been under a Fox agreement coming back is great. It’s nice when a company that created all these characters can have access to all those characters. It’s unusual not to; Marvel’s been in a unique position to not have access to those characters for a long time … But in terms of actually thinking about it and actually planning things, we haven’t started that yet.

I suspect a lot of this will have to do with how Avengers: Endgame shakes up. Somehow, that movie will have to undo the events from Avengers: Infinity War which could be anything from changing the timeline to alternate universes. That could create an opportunity to retcon mutants and the Fantastic Four into the MCU. 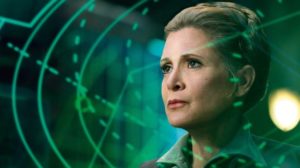 Moving onto another Disney property, Carrie Fisher’s brother Todd Fisher spoke with Good Morning America about his late sister’s final appearance as  General Leia. He revealed that the footage being used would be more than just outtakes, rather there is a lot of footage left over from Star Wars: The Force Awakens and Star Wars: The Last Jedi. Here’s what he said:

This is unused, new content that could be woven into the storyline. That’s what’s going to give everybody such a great kick. It’s going to look like it was meant to be. Like it was shot yesterday.

I suspect there will be a lot of digital trickery to weave it all in. Lucasfilm has said they won’t be creating a new performance for her like they did the late Peter Cushing in Rogue One, but I suspect that there will be some manipulation to visually insert her into the film.

One thing that I noticed while writing this digest is just how much change is coming to these properties. Marvel is closing a chapter they started with Iron Man and the inclusion of mutants and the first family of comics will undeniably alter the MCU. Star Wars: Episode IX will bring Luke, Leia, and Han’s story to a definitive close although the jury is still out on Billy Dee Williams’ Lando Calrissian. It seems that in 2019, a lot will change for these franchises.