Lots of news for franchises that are set in the final frontier this week. Denis Villeneuve may have found his Lady Jessica for Dune, Chris Pine talks Star Trek 4, Mark Ruffalo speaks about the Avengers 4 reshoots, and new Doctor Who showrunner Chris Chibnall reveals what we won’t see in the new season. Let’s kick it off with the new Dune casting news! 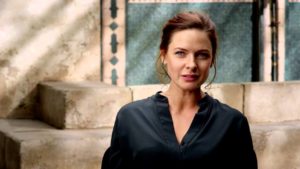 I think that Denis Villeneuve is probably one of the best directors out there right now. Blade Runner 2049 and Arrival were some of the best science-fiction films in recent years so when he was announced to head a new Dune adaptation, I couldn’t be happier.

Timothée Chalamet has been cast as Paul Atreides but people had been wondering who would play his mother, the Lady Jessica. According to The Hollywood Reporter, it seems that Villeneuve is in talks with Rebecca Ferguson to fill that part. She stole the show in Mission: Impossible — Rogue Nation, reprising that role in Fallout, and would make a great addition to Dune. If she closes the deal. 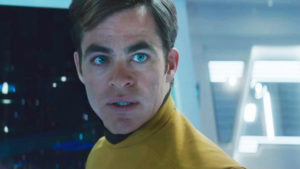 Last month Star Trek 4 shockingly lost lead actors Chris Pine and Chris Hemsworth at the negotiating table. However, that may not be the final word. At the Toronto International Film Festival Chris Pine was asked by Variety (via Twitter) if he was still interested in reprising the role as Captain Kirk. Here’s what he said:

I don’t know, I mean I’d love to be involved, and we’ll see what happens and I’ll await the phone call. Until then, I look forward to it.

Would Chris Pine be interested in being a part of #StarTrek 4? #TIFF18 pic.twitter.com/4s3nxMCbtZ

This fits neatly with my theory that both Pine and Hemsworth walked away to force the studio to come back to them and renegotiate. What remains to be seen is whether Paramount Pictures does come back to offer them more. 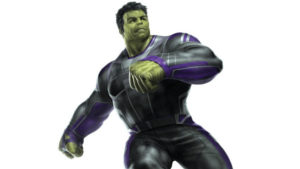 Avengers 4 Hasn’t Been Finished Yet

Avengers: Infinity War was a massive success both at the box-office and critically. But it’s still just the first half of a two-part story that was shot back to back in 2017— except it seems like the second film hasn’t quite been completed. Mark Ruffalo who plays the Hulk revealed on  The Marvelists podcast (via Comicbook.com) that Avengers 4 is quite complete. Here’s what he said:

We’re doing reshoots starting in September, and then we’ll go back into the international tour, we’ll go on tour. Then you guys will get the second installment. Which we don’t even know what it’s gonna be yet. We’re not just doing reshoots; we’re going to finish the movie, which we really didn’t get to finish totally when we left it last year.

I don’t even know that they [the Russos] really know exactly. Some of it is happening while we’re there. It’s pretty amazing. And we’ll shoot some stuff and a few days later come back and reshoot it cause we wanna take it in another direction. It’s a very living organism, even as we approach it being a locked picture, we’re still working on it.

This is really curious. I may or may not be reading too much into this but I have a sneaking suspicion that the reason for this is that Marvel wanted to keep the ending a secret for as long as possible. If they haven’t even shot the ending until now then it’s less likely that it can get spoiled. Since Avengers 4 serves as an ending of sorts, I can absolutely see the studio going that route. 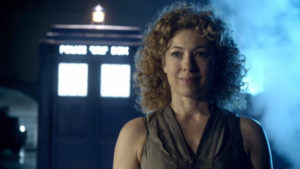 No Daleks, Missy, or River in Next Season of Doctor Who

Doctor Who is getting a new showrunner in Chris Chibnall and a new Doctor with Jodie Whittaker who will play the first female incarnation of the character. We will also get some new companions as well with actors Tosin Cole, Mandip Gill, and Bradley Walsh. Looks like Chibnall is trying to keep the series as fresh as possible and went to tell the Radio Times that fans should not expect Missy, River Song, or the Daleks in the upcoming season. He went on to say:

I want this to be a recruiting year for Doctor Who to bring in that next generation of audiences.

Both the Missy and River characters are pretty much dead at this point so that’s not too much of a surprise. The Daleks are probably the best known villains in the series but they also tend to be over used. That doesn’t rule them out for use down the line and Whittaker’s Doctor could come across them at some other point in the timeline. That’s the benefit of having your spacecraft also be a time machine.

By James DeRuvo (DoddleNEWS) There’s a line in the season finale of Doctor Who where the Master mockingly asks Twelfth Doctor Peter Capaldi if the universe is “becoming all girl.” To which the Doctor replies “we can only hope.” […]