This week we learn that Sean Bean traveled to Belfast for a Game of Thrones reunion. Along with that we have some news on Wonder Woman 1984’s release date as well as some sad news on Marvel’s Luke Cage at Netflix. 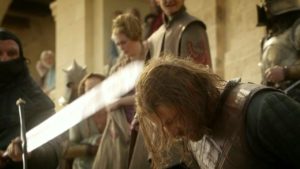 Sean Bean Part of a Game of Thrones Reunion

The last time we saw Sean Bean in Game of Thrones he was a severed head adorning the walls of King’s Landing back in season one. But it looks like he’ll be back at least for a reunion. While talking to The Hollywood Reporter, he spilled a few of the details.

Last time [he saw members of the cast], was about four weeks ago in Belfast. Conan O’Brien did this thing. It was the last episode, so we all got together. It was good! It’s funny with work, you don’t really keep in touch. You do so many types of jobs in that part of the world. It’s just like whenever I see old friends or even old drama school friends, it’s just the same, we pick up where we left off last time.

When asked if Ned Stark would ever return for one of the spin-offs he said it was unlikely.

As far as we know, only one of the proposed five spinoffs is going ahead into production and it will be set thousands of years in the past. There might be someone named Stark in there but I wouldn’t bet that any current Game of Thrones actor will be a part of the series. 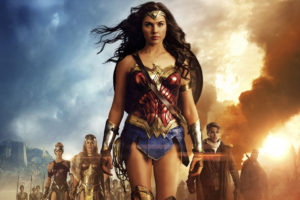 Last week we reported that The Flash has been delayed and now we’ve heard that the same is happening to Wonder Woman 1984. Actress Gal Gadot revealed via Twitter that the movie has been delayed by about seven months. Here’s what she said:

Super excited to announce that, thanks to the changing landscape, we are able to put Wonder Woman back to its rightful home. June 5, 2020. Be there or be square!!!

It seems like Warner Bros. is really shuffling things around. Wonder Woman 1984 was originally set to be released November 1, 2019 but the Joaquin Phoenix led Joker film is set to be released a month earlier so Warners is probably trying to give it breathing space. Wonder Woman was easily the best of the current crop of DC films so it does make sense to move it to a summer release and it puts it near the May 15, 2017 release date of the original.

This one came out of left field. Just a week after Iron Fist was cancelled Netflix has pulled the plug on Luke Cage. The streaming giant issued a joint statement with Marvel Television via Deadline with the following message:

Unfortunately, Marvel’s Luke Cage will not return for a third season. Everyone at Marvel Television and Netflix is grateful to the dedicated showrunner, writers, cast and crew who brought Harlem’s Hero to life for the past two seasons, and to all the fans who have supported the series.

Deadline is reporting that creative differences regarding the direction of season 3 ultimately led to the decision. I do wonder if this opens an unexpected door for a Heroes for Hire series— although it seems unlikely that Disney would give the go ahead for Netflix to start a new Marvel series. It doesn’t preclude them appearing in another Defenders as far as I can tell.

It does make you wonder a bit about the possibility of Heroes for Hire on Disney’s streaming service, however, and just how long it will be until other Netflix Marvel heroes end up on the streaming network.

By James DeRuvo (doddleNEWS) It’s just about ten days until the biggest pop culture fest in the universe drops in San Diego. What can we expect for San Diego Comic-Con this year? Some changes, some […]

Doddle Digest: Star Trek 4, Defenders May End Up on Hulu, and Avengers: Endgame

By Danny F. Santos (doddleNEWS) This week we hear a bit about the status of Star Trek 4 which we had last heard had been put on the shelf. Plus Hulu executive Craig Erwich talks […]

By Danny F. Santos (doddleNEWS) San Diego Comic-Con 2018 may be over but there is still some fallout left to cover! Some news has been revealed for the Metal Gear Solid and Dune adaptations as […]