(With Danny Santos on assignment, Kevin McAuliffe joins us to give his take on what’s coming in film/tv news! Thanks Kevin, for pinch hitting!)

The theme for this week’s DIGEST is “returning,” as many classic films make a return to movie theaters. Plus, worlds collide as the Eleventh Doctor comes to a galaxy far, far away.

If you’re a fan of Steven Spielberg, you’re in for a treat!  His Academy Award winning Schindler’s List is making a return to theaters to celebrate its 25th Anniversary.

In an interview with Entertainment Weekly, Spielberg said:

“When the film initially came out, it made one of the most incomprehensible acts of humankind accessible,” Spielberg says. “It didn’t make it understandable, but reachable to audiences to be able explore it, to be moved in such a way to want to stand against all hatred, and know it is real and what can shockingly happen in the 20th and now the 21st centuries if we are not vigilant.”

The re-release will be exactly the same content wise, but will sport a brand new Dolby Atmos and 7.1 mix, and be offered in Dolby Vision theatres with advanced laser projection!

THRILLER BACK TO THEATERS in 3D 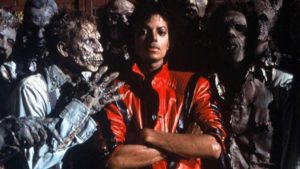 The King of Pop, would have celebrated his 60th birthday on August 29th, and so it’s fitting that one of his greatest musical masterpieces will receive a complete overhaul, and be on the big screen no less.  IMAX and the Michael Jackson Estate will be teaming up to release Thriller 3D in theatres for only a week starting September 21st in domestic IMAX theatres, playing before The House with a Clock in its Walls. 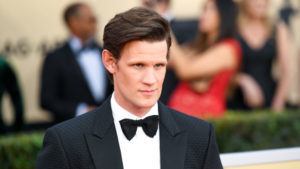 Whether you’re a fan of Matt Smith from his iconic role as the Eleventh Doctor in Dr Who, or if you’re like me, a huge fan of him in his role as Prince Philip in Netfix’s The Crown (which he was nominated for an Emmy for), you’ll be super excited to hear that he has landed a “key role” in the upcoming final film in the Skywalker Saga, Star Wars Episode IX.

If you’ve been keeping up on Star Wars news, you’ll know that Smith will join the newly cast Dominic Monaghan (Lord of the Rings, Lost), and Keri Russell (The Americans, Felecity), along with veterans Billy Dee Williams (Lando Calrissian) and Mark Hamill (Luke Skywalker). Episode IX will hit screens December 19, 2019.

THE NUN’S PLACE IN THE CONJURING UNIVERSE

If you love scary movies, The Nun’s release on September 7th will probably have you running out to theaters to check it out.  But before you do that, it’s probably important to understand where, exactly, it takes place in the larger Conjuring universe.  If you didn’t know, James Wan’s (Director of the upcoming Aquaman) Conjuring Universe is made up of not only the three Conjuring movies, but the Annabelle movies as well, and the upcoming “The Nun” does fit into all the screams and scares.  Here’s a great video from IGN to prep you for what you need to know, going into this movie.

And just for fun, since I’m a huge gamer, I thought I’d throw this one in right at the end…………

One of the hottest games that no one has played yet is Cyberpunk 2077 from CD Projekt Red.  You know them because you (and probably every other gamer out there), has played their epic masterpiece – The Witcher 3 – Wild Hunt which, in my opionin, is one of the best action role-playing games out there.  Cyberpunk 2077 has been a game that seems have been in development forever, and finally at E3 2018, we got a sneak peak at a trailer for 2077, but no actual gameplay. Well that’s changed.

A few days ago CPR released a massive 48 minute gameplay clip that was show to attendee’s at E3, that the rest of us can enjoy.  Careful, there is some NSFW sections of the video, so you’ve been warned!

With Steven Spielberg‘s ongoing campaign to get the MPAA to alter its submission rules to make it more difficult for streaming movie studios like Netflix to qualify for Academy Award consideration, the US Department of […]