Space, the final frontier. This weeks Doddle Digest is all about franchises that do a bit of planet hopping. News from Star Wars and Star Trek— two of the biggest space-based, science-fiction properties ever— have news along with Netflix’s Altered Carbon and the sci-fi masterpiece 2001: A Space Odyssey. Let’s start off with some casting news.

Altered Carbon seemed to be a series where it was unknown whether it would get a second season. Set in the future, the main character Takeshi Kovacs is downloaded into new bodies and we know that season one star Joel Kinnaman  wouldn’t be returning. Netflix has not only finally confirmed the second season but Deadline is reporting that they’ve cast Marvel actor Anthony Mackie who will now play Kovacs in the lead role. 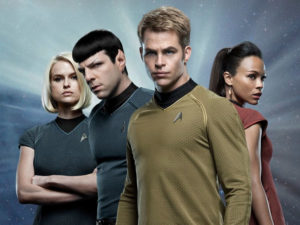 Star Trek 4 is already shaping up with S.J. Clarkson helming the movie. We’re pretty confident that Chris Hemsworth (who was briefly featured in the original Star Trek reboot film) will return as James T. Kirk’s father but another film is also being developed based on a concept by Quentin Tarantino. Edmonton Journal spoke with actor Simon Pegg and asked about the project. Here’s what the actor said:

Quentin’s idea is another thing [from Star Trek 4] He came in to Bad Robot and pitched it and it’s been put in the bank. I think he had us in mind when he came up with the idea; he likes the new cast. But he’s going to be so busy with Once Upon a Time in Hollywood that I can’t see him doing it for five or six years, by which time we might be too old anyway.

I have to say, I think that this cast could easily do another ten or 15 years. Let’s not forget that the original cast played these characters for a quarter of a century through a television series and six films. Personally I would actually love to see a film between the end of the 5 year mission and V’Ger.

Continuing on with more Star Trek news, Rebecca Romijn was revealed to be playing the role of Number One from the original Star Trek pilot. The character was originally second in command and played by Majel Barret who would go on to play nurse Chapel and marry Star Trek creator Gene Roddenberry. Romijn spoke about playing the role (via ET Online):

I didn’t know the full story. I was asked if I’d be interested in a somewhat iconic role in the series and I jumped at the chance. I was a Trekkie as a kid with the original series. After I was filled in with all the details — after I said ‘yes’ — oh man, I was floored. It was amazing.

What I find pretty intriguing is that we’ve never really known whatever happened to Number One since she only appeared in a single episode. When Star Trek: Discovery was still in development we learned that the main character Michael played by Sonequa Martin-Green would be called Number One so it was originally thought Discovery could be about this character. This turned out not to be the case but the second season of Discovery may finally provide an answer.

Showrunner Alex Kurtzman also spoke about another iconic character that will appear in Discovery: Spock. While we still don’t know who will play the character in the television series, Kurtzman did reveal that the character wouldn’t be what we would expect (via TV Guide).

This is not entirely the Spock who has been formed enough to be the Spock that we know from TOS. There’s a lot of story about who Spock was before he becomes the Spock that is the yin-yang to Kirk. What I’m so excited about is that we have an opportunity to present a version of Spock that’s both totally consistent with the Spock everyone knows but very, very different. And it’s all gonna tie to how we sync up with canon.

How that makes everything tie into the canon I can’t even begin to guess but I hope that season two will be much better than the first season.

Dave Filoni has carved an amazing space for himself in the Star Wars universe. His two animated Star Wars series of The Clone Wars and Rebels have been some of the best things ever produced for the universe and he’s about to embark on a third series. This one is titled Star Wars: Resistance and German website Fernsehserien was able to reveal the synopsis for the animated series (translation via Slash Film):

Resistance fighter Poe Dameron tasks young pilot Kazuda “Kaz” Xiono with spying on the First Order. At the time, little was known about the secretive organization and its strength.

In order to fulfill his mission, Kaz travels to the space station Colossus, which is being used by many ships as a port to refuel and do repairs. However, there are also dangerous races taking place there. After Kaz bragged with his piloting skills at his arrival there, he is soon drawn into one of the races…

Star Wars: Rebels turned out to be a bit of a sequel to The Clone Wars and left a few plot threads open. It’ll be interesting to see if Filoni picks up on any of those threads with this series. 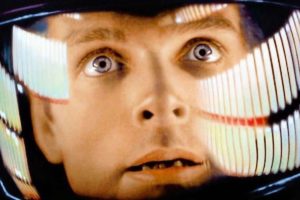 2001: A Space Odyssey Getting IMAX Release

Saving the best for last! I love the Space Odyssey series having read the original novels after I found a VHS copy of the Stanley Kubrick masterpiece at a garage sale. I’ve seen the film in theaters countless times including a restored 70mm print almost decade ago. I even think 2010: The Year We Make Contact is criminally underrated. So you can imagine my absolute glee that for the 50th anniversary the film the 70mm restored print overseen by Christopher Nolan is getting the IMAX treatment according to The Hollywood Reporter.

The report reveals that the film will be released in only four markets: AMC Universal Citywalk IMAX in L.A., AMC Lincoln Square IMAX in New York City, AMC Metreon IMAX in San Francisco, and Ontario Place Cinesphere IMAX in Toronto. Tickets are set to go on sale on August 3.

Space may be the final frontier but all of these voyages sound like they’re ongoing for the foreseeable future! I love a good space opera so it looks like I have a lot of options in the next few months.o