Lions and Wookies and Khan Noonien Singhs, oh my! This week we have the very first teaser trailer for the live action Lion King film from Disney. There’s also some very interesting news for Star Wars including animated shorts and a possibility of George Lucas returning to a galaxy far, far away. Finally, Nicholas Meyer reveals tantalizing hints as to what his potential Star Trek miniseries could be about. But let’s start off with the trailer for The Lion King.

The Lion King is arguably one of the most popular Disney animated films of all time… so it was inevitable that it would get the live-action remake treatment. If you could call this a live-action remake considering it is animated, just realistically so. Jon Favreau’s work on Jungle Book really set him as the go to guy for Disney and we’ve just got our first look at the trailer. Check it out here and below!

That pretty much seems to be a shot-for-shot remake of the original film’s opening and having James Earl Jones reprise Mufasa really tugs at the nostalgic heartstrings. The color palette seems a bit more muted but that’s to be expected when you turn animated films into live-action. 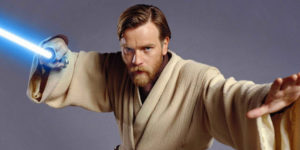 Uh… alright, we should tackle a few things here but let’s get to a quote first. Former UK foreign secretary and London mayor Boris Johnson spoke at the DUP conference revealing that George Lucas would be following up Star Wars: The Last Jedi with a Kenobi spinoff. Here’s what he said according to The Spectator:

Which was the biggest grossing movie last year? Star Wars and where does George Lucas propose to make a follow up about Obi-Wan Kenobi? Northern Ireland.

Now, what is far more likely is that Johnson is unaware that Lucas is no longer in charge of Lucasfilm but there actually is some corroboration. In February of this year we learned that George Lucas visited Belfast’s Paint Hall studios to check it out for a Star Wars: Kenobi spinoff film rumored to film in 2019. What does this mean? It could mean that George Lucas is actively involved with an Obi-Wan film… or it could mean that Johnson read the same rumors a year ago. Your guess is as good as ours.

Continuing on with Star Wars news, Lucasfilm has surprisingly announced they will be creating short films based on scenes from the original Star Wars films. These will appear on the newly created StarWarsKids.com and Star Wars Kids YouTube channel premiering November 30th. They’ve even released a trailer you can watch here and below.

The reason they’re doing this has to do with introducing Star Wars to a younger audience. Here’s what James Waugh, VP of franchise content and strategy at Lucasfilm, told StarWars.com:

Over the years, I’ve had so many of my friends who are parents tell me how much they wanted to introduce their kids to Star Wars but didn’t feel that their kids were quite ready for the movies yet. They wanted a way to celebrate the universe they love.

Six episodes will initially premiere but I can make out far more scenes from that trailer and they are announcing additional shorts to premiere in December followed by regular releases in 2019. Considering that YouTube has ushered in shortened attention spans in the younger generation, this is probably a really smart move. 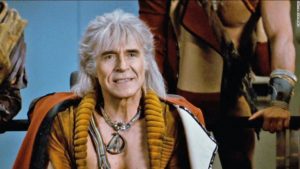 Over the last little while, we’ve heard that Star Trek II: The Wrath of Khan writer/director Nicholas Meyer was hired to work on a Star Trek television trilogy for CBS but it seemed to be put on hold. Now Meyer has revealed what that trilogy would have been in an interview with Midnight’s Edge telling the outlet:

I was commissioned to write a 3-hour or 3-night event, and that’s what I did. It’s called Ceti Alpha V and I don’t know the current status. It’s been up in the air. Partially, there was a lot of confusion between CBS, and there were big upheavals at CBS and while they sort of didn’t know who was in charge, they also didn’t know what they were going to do with Ceti Alpha V. I’m not exactly sure what’s happened, I haven’t heard from them in some time.

It’s very good. It’s a terrific trilogy. I think one of the things that happened is they’re not sure that a trilogy is long enough to warrant the cost of doing it. Maybe it should be something longer, or … I don’t know the details of their thinking, because I haven’t heard them.

Obviously with a title like Ceti Alpha V we can easily extrapolate what the series would have been about. Ceti Alpha V was the planet Khan Noonien Singh was abandoned on during the original series episode “Space Seed” and where he was found again in Meyer’s Star Trek II. It would almost certainly tell the story of the events between that episode and the movie.

CBS has previously indicated that they are working on several spinoffs but we also know that they also want to leave space between each series. Currently there is Star Trek: Discovery and the upcoming Jean Luc Picard series with a rumored series based on Michelle Yeoh’s character from Discovery. Something like a three night Ceti Alpha V miniseries can easily slot in between somewhere.

By Heath McKnight (doddleNEWS) It was just last night we heard the huge news that yet another director has ‘parted ways’ from a Star Wars movie, in this case Episode IX’s Colin Trevorrow had exited the […]

By Heath McKnight (doddleNEWS) With Star Wars: The Last Jedi opening (read Danny F. Santos’ review here), I figured it would be appropriate to highlight an awesome Star Wars fans who have an incredible metal […]