After the failure of Justice League at the box-office, Warner Bros. has been busy trying to turn their Worlds of DC films ship around. A ton of news is coming regarding their DC Comics properties on the big screen this week, including The Batman and The Suicide Squad, so we thought a round-up of everything that is going on down there was in order! 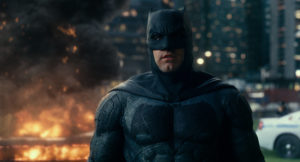 Ben Affleck Out as Batman in Matt Reeves’ Film

The writing has been on the wall for a long time with this one. Deadline is officially reporting that Ben Affleck will not play the Dark Knight in Matt Reeves’ The Batman which has been given a premiere date of Summer 2021. The director is looking for someone younger and Variety’s Justin Kroll revealed a bit more details regarding what they’re looking for in an actor via Twitter.

In terms of who will play the next Batman, a lot mixed messages of how old the actor will be going aroudn town. Some have said Reeves had wanted younger person in their 20s, others have said the studio would prefer an older actor in their 30s. Let the guessing games begin

THE BATMAN: this sounds like it could move faster then people would expect with the date set. Hearing studio wants a familiar face and Reeves has his certain age in mind and that age is very specific like I said two names within 7 years of each other; “Too young, too Old’

The Hollywood Reporter also had a chance to speak with Matt Reeves who hinted at the plot.

It’s very much a point of view-driven, noir Batman tale. It’s told very squarely on his shoulders, and I hope it’s going to be a story that will be thrilling but also emotional. It’s more Batman in his detective mode than we’ve seen in the films. The comics have a history of that. He’s supposed to be the world’s greatest detective, and that’s not necessarily been a part of what the movies have been. I’d love this to be one where when we go on that journey of tracking down the criminals and trying to solve a crime, it’s going to allow his character to have an arc so that he can go through a transformation.

Although something that always worries comic book movie fans is too many villains, in this case, this Batman movie would benefit from that– and Reeves is delivering.

There will be a Rogues Gallery. The casting process will begin shortly. We’re starting to put together our battle plan. I’m doing another pass on the script and we’ll begin some long-lead stuff to start developing conceptual things.

This is what I’ve been saying a new Batman movie has needed for years! There is a reason the character first premiered in Detective Comics. 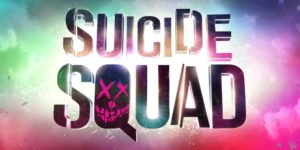 James Gunn in Talks to Helm The Suicide Squad

Again, not so surprising news that Warner Bros. is officially in negotiations to hire James Gunn to direct their upcoming Suicide Squad reboot, which will also premiere in 2021, reports Deadline. Gunn, who was unceremoniously fired from Marvel’s Guardians of the Galaxy Vol. 3, was quickly picked up by Warners to write a script for what’s now called The Suicide Squad. Reports say the film will take place in the same DC continuity as the first, but star an almost all new cast of characters.

With Margot Robbie off making countless Harley Quinn films and Will Smith always in demand, I doubt we’ll see them in this new incarnation. I do hope that Viola Davis and Jai Courtney are still in this because they were two of the bright spots of the original David Ayer film. Rumor has it Gunn based this movie on the original run of comics with characters like Bronze Tiger and Vixen… you know, lesser known comic book characters who are misfits and forced to work together. Gunn’s specialty. 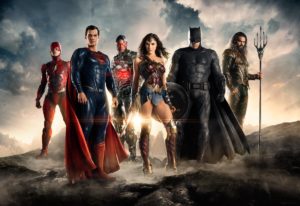 While we look forward to the Worlds of DC that will be, let’s take a moment to hear about what could have been. Kevin Smith revealed what Zack Snyder originally planned for a Justice League trilogy.

[At the end of Justice League, the team] saw Darkseid and Darkseid saw them. Boom tube closes, and that’s the end of the f***ing movie. With them all knowing there’s something out there, and we have to go.

Go where? Remember that shot from the Justice League trailer where Alfred seemed happy about a mysterious figure off-screen showing up? Most of us assumed that was Superman but according to Smith, it would have actually been Green Lantern. That would set up the plot for Justice League 2.

Justice League 2 was going cosmic as they take the fight to Apokolips … and the Lantern Corps was involved. [Justice League] 2 ends poorly, like Empire Strikes Back or Infinity War. They go to space and get f***ing defeated, and Darkseid goes to Earth and levels it.

The third movie in this trilogy would have featured the “Knightmare” sequence from Batman v Superman: Dawn of Justice.

So the vision that Batman had in Batman v Superman of the f***ing scorched Earth… that was going to be the entire third movie. The heroes’ last stand against Darkseid and the forces of Apokolips — holy f**k!”

Honestly, the mess that was Batman v Superman and Justice League (even if a lot of it was redone by Joss Whedon and shares some of the blame) makes me think that this Justice League plan would have ended up being terrible in execution. I mean, did anyone actually enjoy the “Knightmare” sequence from Batman v Superman with its bland color palette? Part of me is interested in what could have been but another part of me is glad that Justice League is forcing Warner Bros. to retool and reboot their DC films. Because the rest of the news regarding The Suicide Squad and The Batman sounds fantastic.

By Danny F. Santos (doddleNEWS) We’ve got a lot of news this week which includes our first look at Creed II via a brand new trailer that just dropped. We’ll also check in to see […]

By James DeRuvo (doddleNEWS) We’ve already heard that Mad Max director George Miller would take a crack at directing Man of Steel 2, but he’s not the only one. For nearly a year now, the latest […]