San Diego Comic-Con 2018 may be over but there is still some fallout left to cover! Some news has been revealed for the Metal Gear Solid and Dune adaptations as well as Game of Thrones and its prequel. Meanwhile, a few new trailers for Christopher Robin, Alita: Battle Angel, and The Dragon Prince have made their way online. Let’s start off with Metal Gear Solid. 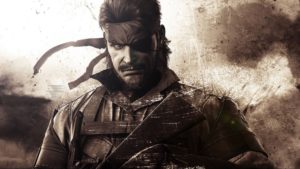 I remember playing this game way back when the original Playstation came out and it was absolutely mind blowing! I admit, I haven’t followed the series since then (because I basically stopped gaming entirely) but the experience of playing that game has stuck with me ever since. It was a smart action game in the same way that Die Hard was a smart action movie. So it was just a matter of time before Metal Gear Solid got adapted into a movie. Kong: Skull Island director Jordan Vogt-Roberts spoke with IGN about adapting Hideo Kojima’s game series. Here’s what he said:

We’re not exactly adapting something verbatim as ‘this game,’ but we’re also not just going to throw it out in a crazy Dark Tower way that it completely disregards why fans love the thing.

It will be interesting to see what Vogt-Roberts has cooked up. He went on to describe that the film won’t follow a traditional three-act structure and will translate the decade spanning mythology in a way that hasn’t been seen before. Sounds ambitious and I cannot wait!

Are you ready to cry? You will be. Disney has released a new extended trailer of the live action Winnie the Pooh film Christopher Robin. If this movie is just as good as this trailer it may just make me cry as much as Pixar’s Up did. Check out the trailer here and below! 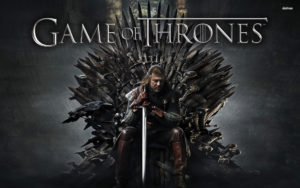 One thing that has been missing from 2018 is a new season of Game of Thrones. We’ve known that the final season of the series will air sometime in 2019 but not exactly when during the year. According to Deadline, at the Summer TCAs HBO president Casey Bloys narrowed it down to the first half of next year meaning it could be any time between January and June. Personally, I suspect that the series will return to it’s original premiere month of either March or April but that’s just a guess.

As broken by Deadline, Bloys also talked about the Game of Thrones prequel that they’ll be filming in Belfast soon. While he didn’t reveal more about the plot he did say that it would feature some strong female leads but that the series would be made up of ensembles and complicated leads—both men and women. I suspect half of which will probably be killed off. HBO was developing five of these spinoffs and Bloys says that beyond the one they’re prepping to film, some of them are dead while the others are still being worked on but he wouldn’t reveal which.

This trailer bowed in at the San-Diego Comic Con this past weekend but Fox hadn’t released it to the public until now. Based on the manga by Yukito Kishiro, the film adaptation Alita: Battle Angel has long been in development by James Cameron who passed the reins on to Robert Rodriguez and centers on an amnesiac cyborg named Alita. Watch the new trailer here or below!

This is exactly what was missing from the first trailer! I am a huge fan of the Battle Angel Alita manga having read it years and years ago. It was a heartbreaking series with some truly scary revelations and a wonderful journey for the main character. As far as I understand it, Cameron always wanted to turn the series into a trilogy and from the look of it, this film is ambitiously trying to adapt the first three to five volumes of the manga series.

Speaking of ambitious, we’ve received a confirmation regarding what was long suspected: the Denis Villeneuve helmed Dune adaptation will only cover the first half of the book. Brian Herbert—son of author Frank Herbert and who continued the series after his father’s death—revealed it to be the case in a tweet.

I have just received Draft #4 of the DUNE screenplay from Legendary Pictures. This is for the first movie, covering approximately half of the novel DUNE. I’m very excited and pleased about this, and I’m beginning to burn the midnight oil. pic.twitter.com/nIfgb2zJ2J

There’s a time jump in the middle of the novel which makes for a good place to end the film. Dune seems to take a chapter from the recently adapted Stephen King novel IT that pulled the same trick. The downside is that if Dune doesn’t do well, we won’t get a second movie.

Let’s wrap this up with a final trailer. This time, an upcoming animated series called The Dragon Prince on Netflix. What really makes this noteworthy is that it comes from the lead writer and director of Avatar: The Last Airbender and it looks like this could be a worthy successor. Check out the trailer here and below.

This looks like the perfect blend of high fantasy and humor to attract both kids and fans of the original Avatar animated series.

It feels like this week has brought me loads of news for properties that are pretty near my heart and really fill me with nostalgia. Dune, Battle Angel, Avatar, Metal Gear, and even Winnie the Pooh all stepped up and delivered. I just hope the final products will be as satisfying as these trailers.

By Danny F. Santos (doddleNEWS) This week we get a big helping of the Worlds of DC films— specifically Aquaman and Birds of Prey. We also have some news on Carrie Fisher’s posthumous role in […]

Doddle Digest: Westworld, Game of Thrones Prequels, and other Bits of News!

By Danny F. Santos (doddleNEWS) Loads of little bits of news came out this week! Everything from Game of Thrones to Avengers: Infinity War to Die Hard 6 to Westworld and more have had a bit […]