Disney is dominating this week’s news cycle, and with good reason as the House of Mouse has set a closing date for the Fox acquisition. We also have some news on Star Wars: Episode IX as well as a new Aladdin trailer. Oh, and Avengers: Endgame dropped a new trailer. Plus, it looks like there’s a lot more Spider-Man in the pipeline from Sony but let’s kick it off with Star Wars! 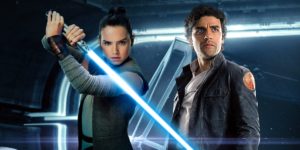 What is Star Wars without the Skywalkers? Apparently that’s a question we’ll have to face pretty soon. In an interview with The Today Show, Star Wars actor Oscar Isaac revealed that Star Wars: Episode IX will tell the end of the Skywalker saga. Here’s what he said:

It is the end of the entire Skywalker saga. Nine stories. This is the culmination of the thing. I think what J.J. [Abrams] has done, and really the whole Lucasfilm team, is going to be incredibly fulfilling. It’s also special for us because you get to learn a lot more things about these characters.

So far, we only have two films that really give us an idea of what a Skywalker-less Star Wars universe looks like and one of them was a disappointment at the box-office so it does feel like Lucasfilm is taking a chance by moving away from what built the universe. But even if this hints at Ben Solo’s fate  I would make a bet that in 15 to 20 years we’ll find out that he had a secret child. So we’ll see how long a non-Skywalker Star Wars sticks. Personally, I don’t quite buy it.

How hyped am I for Avengers: Endgame? So hyped that this trailer gets my heart beating faster than a jack rabbit! Even though it doesn’t use that much new footage. In fact, very little is revealed in this trailer other than Captain Marvel is part of it and a few other things– but let me be quiet for a moment so you can watch it here and below!

Here is a trailer that is really pulling on the “we’ve come a long way” heartstrings. Interestingly enough, it looks like there will be a time jump of some kind in this movie or something else along those lines. There is a scene with Black Widow’s short blonde hair in here but we also see much longer, redder hair which looks like it is grown out with blonde ends.

Another thing I noticed? Those Avengers suits at the end that everyone wears looks similar to Ant-Man’s costume but with a different color scheme which allows him to survive the effects of Pym particles. All signs point to the Quantum Realm as something that will undo the events of Avengers: Infinity War.

Disney continues to turn their classic animated films into live action remakes (or whatever we’ll be calling The Lion King) and Aladdin is next in line after Tim Burton’s Dumbo. Now, we’ve seen a trailer for Aladdin before but Disney has finally unveiled the full length trailer. Check it out here and below!

I will say that I did not like the blue Will Smith as Genie in the previous trailer but for some reason it looks better here. I think it might be because we have more context or maybe they’ve improved the CG since the last teaser. In whatever case, it no longer bothers me and Smith is still an inspired choice. If anyone can keep up the spirit of Robin Williams, he can. 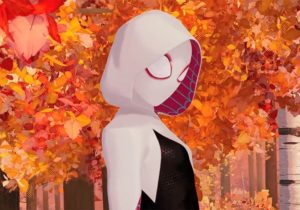 Sony made a deal with Marvel Studios to include Spider-Man into the Marvel Cinematic Universe but that doesn’t mean they’re not working on their own stuff. Case-in-point: Spider-Man: Into the Spider-Verse and Venom and they’re not stopping there. Sony Pictures Television chairman Mike Hopkins spoke with Variety and revealed that there is a lot more Spider-Man related material coming along. Here’s what he told the outlet:

We have the next seven or eight years laid out as to what we’re going to do with that asset, and that will not only be on the film side — it’ll be on the TV side. Our television group will have its own set of characters from within that universe that we will seek to develop.

We’re developing a lot of Marvel-related content, and I think we’ll be out in the market very soon with something really, really big and transformational for us, because we’ve not done any shows with Marvel before, with Marvel IP. So that’s a big piece of development that we’re onto.

This isn’t the first time Sony has said something along these lines. During the Amazing Spider-Man era of movies starring Andrew Garfield, the studio was on the brink of kicking off their own Spider-Man related universe– that is, until it imploded spectacularly. Still, they seem to have a better grip on the material these days and despite Venom being very much a big budget B-movie, Sony still had some fun with it. 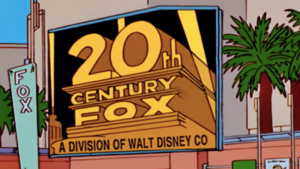 Disney’s Fox Acquisition has a Date

Speaking of Marvel characters that Disney doesn’t have the rights to, the ones owned by Fox will officially find a home back under the Marvel Studios banner. Disney has set a March 20th closing date for the acquisition for a cool $71.3 billion which has been in the works for well over a year now. One of the other properties that people forget is that Fox owns Star Wars: A New Hope in perpetuity so that will be another pop-culture property returning home. I kind of miss the Fox fanfare at the beginning of the Star Wars films so I hope that Episode IX will see its return– although I seriously doubt that.

And that brings our digest full circle this week!

Of Course Warner Bros. Is Launching a Streaming Service

Netflix. Amazon Prime. YouTube TV. Hulu. HBO Now. Disney Play. DC Universe. And now, Warner Bros.? Well of course you knew that the studio that brought us The Lego Movie, Harry Potter, and The Lord of […]

By James DeRuvo (doddleNEWS) How many times have you seen  cool visual effects in the movies that cost millions and thought “I wish I could do that.” Well, Red Giant Software is launching a new […]