This week we’ve learned that Will Smith won’t be playing Deadshot in The Suicide Squad, but another actor has been approached to take over the role. Also, we have some plot rumors for Amazon’s Lord of the Rings series, Bond 25 casting, and Game of Thrones gets a full trailer for its final season. 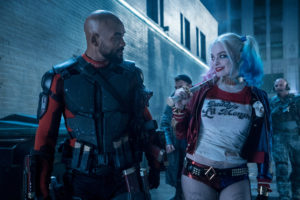 It was recently revealed that Margot Robbie will be reprising her role as Harley Quinn in James Gunn’s The Suicide Squad paving the way for the return of other characters. However, Variety is reporting that Will Smith won’t be back as Deadshot due to scheduling conflicts.

That doesn’t mean Deadshot won’t appear in the upcoming soft reboot/sequel. According to the Hollywood Reporter, Idris Elba is in talks to take over the role as the studio’s first and only choice. If Elba does take over the role, I can’t help but feel that it will be a very different take on the character. 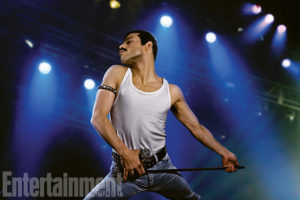 According to Collider, Rami Malek is in final talks to play the villain in Daniel Craig’s last outing as James Bond. Nothing else is really known about the film other than producers are looking to cast two women and a man. One of the women will portray an MI6 agent while the other will play an accomplice with the male actor would be playing a CIA agent. Some are speculating that could be Felix Leiter but I hope not as Jeffrey Wright last played the character in Casino Royale and I’d love to see him reprise the role. Still no word on whether Christoph Waltz will be reprising Blofeld but if he doesn’t, that would be a waste for Craig’s final film.

It’s been a long time coming but we finally get a real look at the final season of Game of Thrones. HBO has released their first full length trailer which you can watch here and below:

Entertainment Weekly caught up with series creator George R.R. Martin to get his reaction of the series wrapping up. Here’s what he said:

[I have] mixed feelings about that. It’s been an incredible ride. And almost all of it has been great. Obviously, I wished I finished these books sooner so the show hadn’t gotten ahead of me. I never anticipated that. It’s the end for a lot of people. It’s not the end for me. I’m still deeply in it. I better live a long time because I have a lot of work left to do.

What Martin is referring to is that he is still two books behind with The Winds of Winter still unreleased. To put that in another way, the previous book, A Dance of Dragons was released a few months after Game of Thrones season 1 premiered. By the time we get to the final book, A Dream of Spring, I suspect I’ll be watching the series finale of the spinoff prequel. 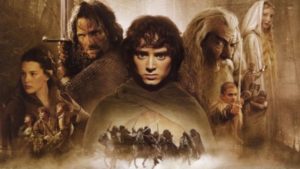 Amazon paid ungodly amounts of money to secure the rights to create a Lord of the Rings television show. Up until now, it’s been rumored that the show will be about a young Aragorn but eagle-eyed fans have caught something odd on the map of Middle Earth Amazon released via the official LotR Twitter account (via SyFy Wire).

One for the Dark Lord on his dark throne. In the Land of Mordor where the Shadows lie. pic.twitter.com/hRmGQbOhLj

Fans have noted that the two towers bordering Mordor are labeled Minas Ithil and Minas Anor, rather than Minas Morgul and Minas Tirith. That name change happens about 900 years before the events of Lord of the Rings which means this series might actually deal with the final kings of Gondor before the Stewards took over. Up to this point, I haven’t been a fan of Amazon making a young Aragorn series but this news makes me extremely excited!

With new prequels for both Game of Thrones and Lord of the Rings, it’s a really good time to be a fantasy fan.

By Danny F. Santos (doddleNEWS) This week we learn that Sean Bean traveled to Belfast for a Game of Thrones reunion. Along with that we have some news on Wonder Woman 1984’s release date as […]