In Part One of our look at Red Giant’s Magic Bullet Suite 13, we started to break down the different effects in the package, and what exactly they do. In part 2 of my review, we’re going to finish up our breakdown, talk about the price and I’ll give my final thoughts.

Before we move on, there’s something important that I want to mention, and that is that with some of the effects, like Cosmo and Mojo, you’ll notice that there are two versions of the effect. The reason for this is so that any project you’ve worked on previously with the effects, will transfer over into the new version.

Many might also wonder why they would do this, and not just update the effect. Well to be honest, again using Cosmo as an example, there has been just a ton of work that has gone into this effect, and the difference between version one and version two is pretty substantial! 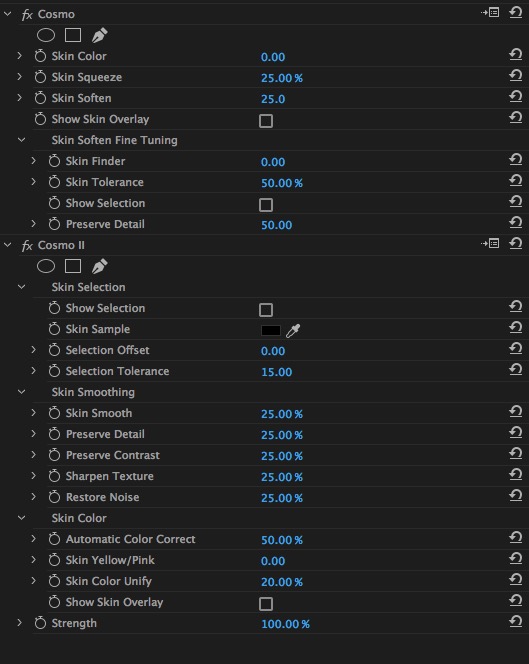 Now, let’s get onto what’s left in the Magic Bullet Suite 13 package, and wrap things up!

These two effects are completely separate from one another, but are fairly self explanitory. Magic Bullet DeNoiser is included in this package to handle any noise reduction needs you might have, and on the opposite end of the spectrum, ReNoiser is designed to add noise back into your shots to help match the look of the noise from shot to shot!

This effect, again, does pretty much what you would think that it does: It takes your video and makes it look like film. As you’ll start to notice, Red Giant has taken all the different types of grading effects you might need, and has combined them into one package. This effect is a spectacular example of that.

You can add video clips into sequence where all the original footage was shot on film, and give it a good enough look that no one will be able to tell that it came from a “Video Camera.” These days that just about every camera out there is a “video camera.” They all shoot on cards (or even tape), but the problem is that the footage is so good, and so crystal clear, editors and colorists will find themselves trying to give their edits / sessions a more organic and film-type of look.

At a cost of $899 for the full version and $299 for the upgrade (Academic licenses will cost you $499), Magic Bullet Suite 13 doesn’t come cheap, considering you’re only getting five effects to work with, but I’ll be honest with you. Magic Bullet Looks alone is worth the $899, but with the updates that they have made to Colorista, the one two punch that these two effects have, will make you, if you’re not already a user, definitely stand up and take notice!

If you’re new to the world of color correction and color grading, Magic Bullet Suite 13 is the perfect package for you to not only get yourself up and running with color correction and color grading, but it’s the perfect package to take what you might think is already great looking footage, and give it a look that will make your audience take notice.

Most of the tools in the package are super simple to get up and running with, but also very powerful, with lots of options for advanced users as well, and the additions to Colorista, which originally was one of the more difficult effects to use if you were a beginner, has made this plug in one that you’ll want to add to every shot in your timeline. For more information and to purchase Magic Bullet Suite 13, click here [affiliate link].

By Kevin P. McAuliffe (doddleNEWS) Now that you’ve launched Apple Motion 5, you are now greeted by the Motion interface that is essentially divided up into 3 main windows.  The Project Window, the Canvas, and […]

By Andrew Devis (doodleNEWS) Following on from my previous post about using the keyframe button in Premiere Pro’s Audio Clip Mixer to animate your clips in the timeline (click here for the tutorial), there is a […]