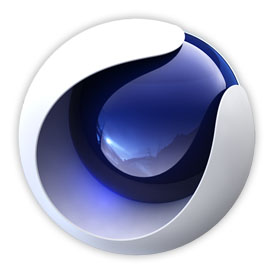 When looking to add 3D to your workflow, there is really no farther you need to look than Maxon, and their Cinema 4D product line. Over the years, they have strived to be the leader in 3D by, in my opinion, incorporating two simple features to C4D. First: Make it powerful. Two: Make it simple. In this first of a multi-part review, we’re going to look at your purchasing and learning options when it comes to Cinema 4D.

Now, I say that Cinema 4D is “powerful,” but what I mean is that Maxon has positioned C4D to be a tool of choice for Hollywood post-production and visual effects houses to add 3D elements to feature films. You’ve probably seen a ton of C4D elements in films from Tron Legacy to Pacific Rim to The Girl with the Dragon Tattoo.

Now, the next logical question would be, “Well, I already have Cinema 4D Lite with After Effects, why would i want the full version.” What’s important to keep in mind is many of the features of the full version are not included in the lite versions. These include character animation, sculpting, many of the modelling features, the Sketch & Toon Art, Hatch, Spot (halftone) Shaders and Camera features such as the Camera Tracker and Lens Distortion. These are just a few of the features missing from the Lite version, and there are many more that I didn’t mention here.

There are four “flavors” of Cinema 4D to choose from. The base, or “Prime” version has Modeling, Materials and Texturing, Lighting, Animation, Camera, Advanced Rendering, UV Editing, Extensive API:C++, Python and C.O.F.F.E.E., as well as the Prime Library including materials, objects and presets.

The next step up, the “Broadcast” version, includes all the features of Prime, plus the Physical Renderer, Advanced Camera Tools, Team Render (3 additional nodes), Mograph Tools (my favorite) and the Broadcast Library (including materials, cameras and objects).

The “Visualize” version (created for architects and designers) has all the same features as the “Broadcast” bundle, as well as the Sketch & Toon tools, and you also get Architectural objects in this version as well.

The “Studio” bundle comes with everything I just listed above

Now, something else that I feel is important to mention, before we move on, is that Maxon has decided to forgo the subscription model for Cinema 4D. You do have the option of purchasing licenses that will expire after 6 months (etc) to either get you up and running, or possibly to finish off a project that has been handed to you, but this option is on the Studio version only. The Broadcast and Visualize versions run at a cost of $1695 and $2295, respectively, with the Prime and Studio versions pricing at $995 and $3695, again, respectively. No subscription, no headache!

Now, once you’ve decided which version is right for you, and you’ve made your purchase, assuming you’re new to Cinema 4D, learning it is the next most important step in your journey.  Now, I do want to point out that there are companies that offer training for C4D, but what I think is very, very cool is that Maxon has their own training portal for C4D, and this Cineversity! 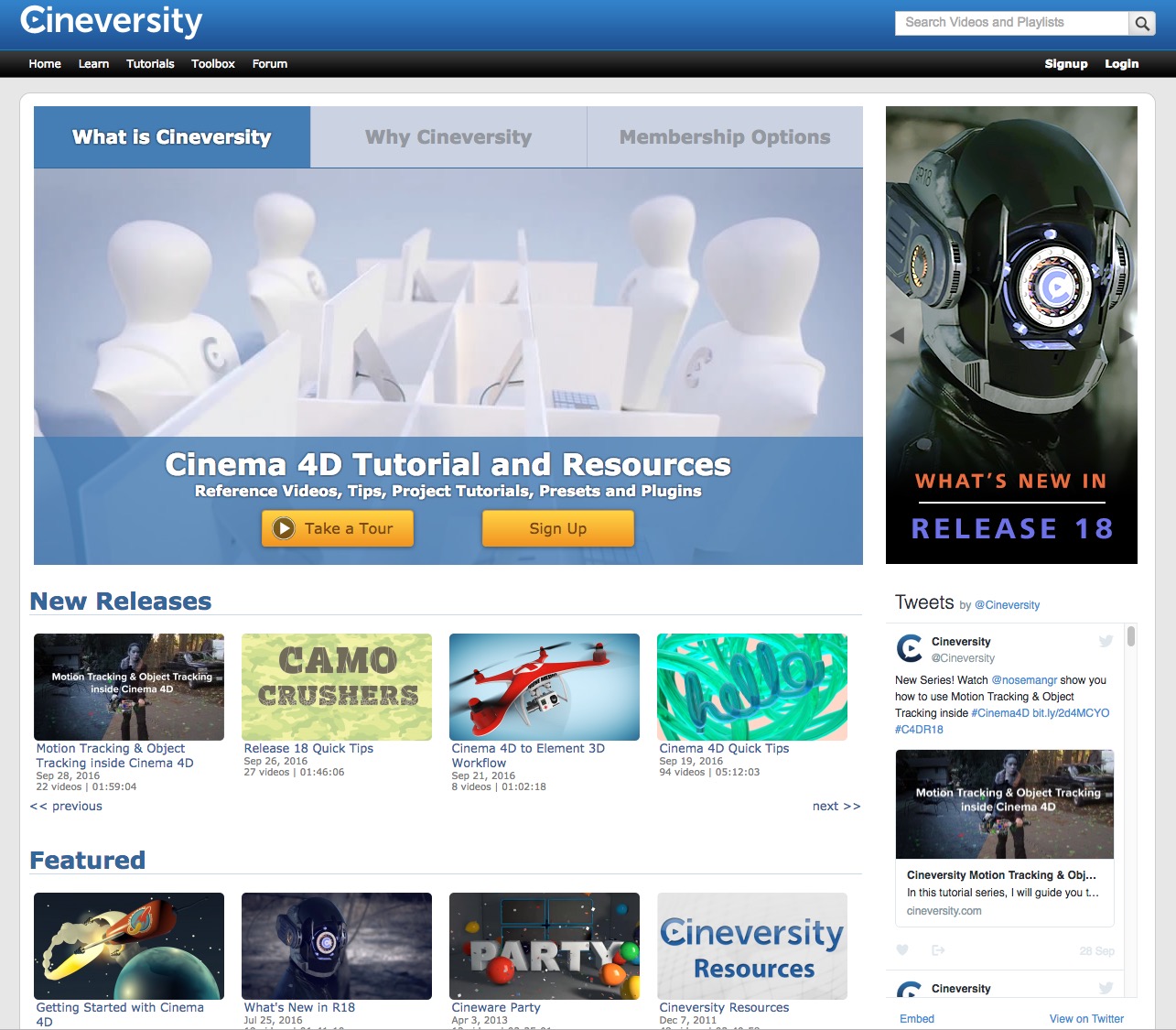 Cineversity offers different courses that cover version 15 and up, and the basic course is almost nine hours long with additional courses including Motion Graphics, Character rigging, Game Development and even Visual Effects. You can sign up once you’ve purchased C4D, and watch hundreds of tutorials absolutely free! If you want to push your C4D skills even further, you can sign up for a one year membership for $295 U.S., with a yearly renewal cost of only $95. A great deal AND you get the training right from Maxon themselves. 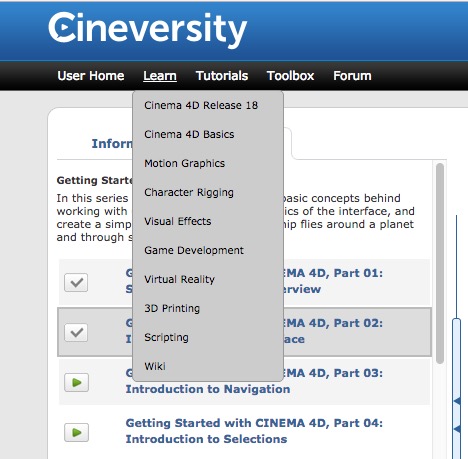 Another thing I also love about the team at Maxon is that they have provided a quick start guide to get you up and running, and I have to say that I was a little bit surprised… I thought it might be a few pages long, but it is a whopping 138 pages, which is definitely a great way to get yourself up and running quickly in Cinema 4D.

Once you’re ready to go, you can launch C4D, and get ready to start working, but there is one important thing that I want to mention, and this is very important. Cinema 4D ALWAYS ships with a temporary 90-day license. What does this mean for you? Well, once you’ve entered your license information, and are up and running, it’s exceptionally important that you register your product. By doing this, Maxon will then send you your full product license that you’ll be able to enter, and be up and running, well, forever…..or until you upgrade to version 19, when it comes down the pipeline.

In part two of our in-depth review of Cinema 4D v18, we’re going to take a look at the different add-ons, like MoGraph and Sketch & Toon Art, and why these will be such an important part of your workflow!