DaVinci Resolve is like the Little Engine That Could.  Way back in the day, it was an expensive, high end color grading application that was more so an island unto itself.  Then something started to happen. That island started to become more accessible, offering more ways to get your projects into and out of Resolve, more tools to work with, and more formats to master (in DCP, etc). Now with DaVinci Resolve 15, Blackmagic has taken another massive leap forward with the integration of Fusion (in Resolve 15) directly into the Resolve interface.  So this once narrowly focused color grading app, now offers editing, audio (Fairlight, added in Resolve 14), compositing/VFX and mastering all under one roof.

Now, there’s something important that I want to point out, and that is that technically, Resolve 15 was released at NAB 2018 in a public beta, so if you’re reading about any of the “New Features” and don’t see Fusion in there, don’t worry.  The lists that are being released right now are what’s new in the “final release version” of Resolve 15, with over 500 new features added just from the public beta alone! So let’s take a look at the biggest new feature inside of Resolve 15, and that is Fusion integration.

If you know Fusion, you know it as a stand alone, node based compositing application, much like Nuke or the old Avid DS, or going WAY back, Apple Shake.  It’s a powerful tool, but it suffered from the problem of being a stand alone application that was a pain in the butt to get footage into and out of, and most people wouldn’t use it simply for that reason.  Well, that reason is now gone. Fusion has been completely integrated into the Resolve interface, and sending clips to DaVinci is as simple as clicking the Fusion Module at the bottom of the interface. 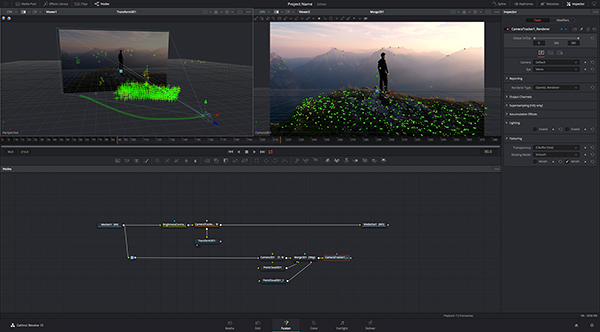 If you’re not familiar with Fusion, it’s really designed to do composites one shot at a time.  Would I create a full motion graphics introduction in Fusion? Probably not, but if I need to do a chroma key, rotoscope, motion tracking, vector paint, particle work, 2D and 3D titling and even volumetric effects, as well as any of a million other “common” editing tasks, Fusion is where I’m going to do it. One, because I have all the tools I need to get the job done right here from within Fusion (that come standard), and two, there are more and more third party tools becoming available every day, via OFX integration, to push your work even further.

So, besides the fact that Resolve is a completely free editing application with a high end visual effects workflow, why else should you consider using Resolve 15?  Well, there was also a huge update to the Fairlight component of Resolve. Fairlight was introduced in version 14, and majorly updated in 15.  Updates include: 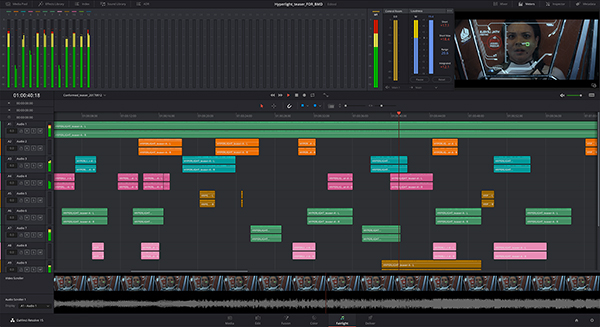 If you’re new to Resolve, or don’t use Fairlight very often, here’s a great video from BMD that gives you more of a look at Fairlight, to get you started.

Now, with all of that being said, there has to be some new things for colorists to get excited about, and there is.  Whether it’s the new LUT browser that you can use to preview and apply LUT’s, or expanded HDR support with GPU accelerated Dolby Vision metadata analysis or even (my favorite), new ResolveFX effects including Dust & Scratch removal, and a lot more.  But if effects are what you like, here’s the list of the ResolveFX that come with the full version of Resolve: 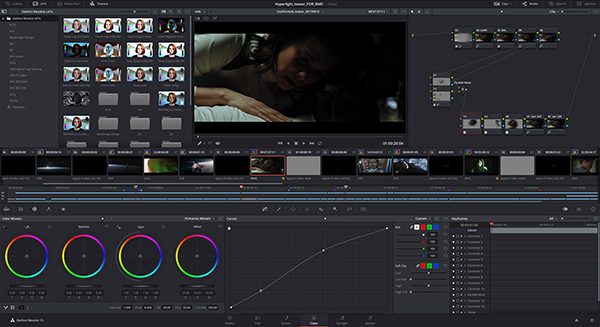 I’ll admit, it seems like a lot of good stuff, and it is, and the best part is that it’s completely free (Obviously minus what’s included in the studio version).  With that being said, the Studio version of Resolve gets you multi user collaboration, 3D, VR, more effects, unlimited network rendering and more cool advanced features for only $299.  Also keep in mind that once you make that initial purchase, all future Studio upgrades will be 100% free!

So, if you’re new to editing, or looking to add another tool to your toolkit, you absolutely need to get over and download this application, and don’t forget to check out our training series on DaVinci Resolve here on DoddleNews.

Larry Jordan: How to Pick the Right Storage

by Larry Jordan One of the questions I get asked every week is: “What computer should I buy?” The answer is that virtually every Mac (or PC) shipped today is generally good enough for video editing. […]

, by Larry Jordan There’s nothing like discovering I have something new to learn to add a sparkle to my life. Last week, I got to play with a new Blackmagic Pocket Cinema Camera 4K. I’m […]

By Larry Jordan There’s a lot of confusion about when we can “import” a clip vs. a portion of a clip (called a clip “range”) into Final Cut Pro X. This thought was brought to […]