You can really tell the difference between someone who thinks cinematically as they shoot with their drone, and someone who just wants to get a bird’s eye view. Here are five ways to be the former, and not the later.

I love my Mavic. Having flown with drones for a couple of years I have to admit that little machine made photography even more fun. It also improved my photography, my vision, my ability to pre-visualize scenes and it increased the production value of my videos tremendously. – Mads Peter Iversen, FStoppers

The following tips come from cinematographer and drone pilot Mads Peter Iversen, who started with a DJI Phantom and then moved up to the DJI Mavic Pro. And judging from his glowing thoughts about this back pack sized drone, its taken his aerial cinematography to the next level. And based on those experience, Mads has come up with give simple ways to take your aerial video shots to the next level.

Size matters. Come on, size always matters. But in this case, size gives the viewer a sense of scale, and it can also provide a dramatic backdrop for your shots. But that also means that you may have to get creative about what you’re shooting at. Most national monuments are off limits due to federal law, as are most national parks. So users may have to drive to more friendly locations to get a stunning aerial shot. “As we all know if you want to make special photographs, stand in front of special things,” writes Iverson. “Now those locations do not have to be world famous monuments located in no-fly zones, there are actually plenty of locations which are free to fly around. You just have to do a little research.”

But when you do find a location you like, focus on foreground and background features. That will give you a sense of scale, especially when taking meteor like shots, or pull away shots. As you drone pulls out from you, then suddenly the image continues to grow, and grow, and that creates a dramatic shot.

Focal Length.  The wider you get, the more impressive your shot can look. Especially when pulling away. It provides the illusion that the image is much larger. And when you shoot a panorama, or establishing shot, the wider the lens focal length, the better. “The effects for wide-angle photography are the same in the air as on the ground,” Iverson teaches. “Everything closer to you becomes larger, while the background becomes smaller, creating a sense of depth in your photo.”

Light. Shooting at the right time of day makes all the difference in the world. You also want to pay closer attention to your location, so see how the light plays with your image. A winter day, with snow on the ground, can be really nice with an overcast day because the light is diffused. But shooting in the morning or just before evening can provide a dramatic image. The hour or so just before sunset is called the golden hour, for a reason. Additionally, additional conditions, like fog, can offer a sense of mystery. But also remember that overcast conditions, or even fog, can cause you to lose sight of your drone, and that could make you in violation of federal aviation rules.

Composition. Follow the terrain. It’ll tell you where the best shot will be. You want to fly along with the terrain, leading up to your shot, rather than cutting across it.  Find your ultimate destination, called the focal point, and then look for lines, shapes, or patterns that lead the viewer’s attention to it. That’s your line. And when you do fly, take your time. Look at a similar shots and you’ll notice they’re leisurely, as if they want the viewer to take it all in, not making sudden turns or taking off like a bat our of hell. 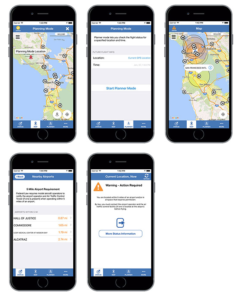 Fixing it in Post. As always, the film is always made in the editing room. From the assembly of shots to tell a dramatic story, to the color correction to create the proper tone, and look that you’re going for. Every shot you take won’t be perfect. They seldom are. But when you use your color correction software or editing app to dial it in, you can get it just the way you want to look.

Mads also mentions one more thing. When you go out flying, make sure the conditions are such to protect yourself, those around you, and your drone itself. Check out BeforeUFly, and UAVForecast to make sure that not only is the weather going to be favorable for your flying and image capture, but also things you can’t see, like solar activity, or state and local regulations. I missed out on that when I shot my son’s band practice, and the result was a fly away of my DJI Phantom 2 Vision. Little did I know the the sun had increased solar activity that day, and it knocked out my GPS before I know what was happening. And by the time I realized it, it was too late. So know, before you fly.

Working to maintain safe skies for airplanes, helicopters, and even drones, DJI has announced a comprehensive upgrade for all its consumer drones called AirSense, and the idea behind it will be to alert aircraft that […]

In Canada, Nobody Can Fly a Drone without a License

Beginning the 1st of June, new drone regulations took effect in Canada that makes it illegal for anyone to fly a drone without a certification. And you know what?  I’m with that. Canada has implemented […]